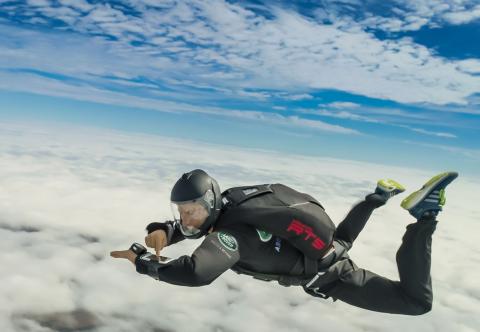 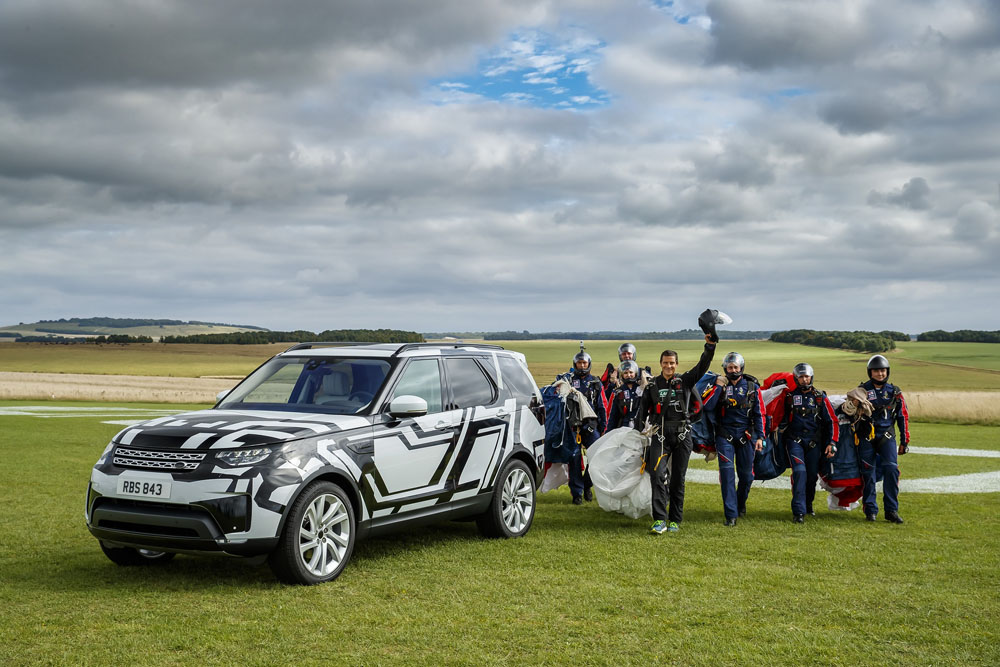 World-renowned British adventurer and well-known Land Rover owner Bear Grylls took to the skies to put the New Discovery’s Intelligent Seat Fold technology to the ultimate test. The system allows Discovery owners to configure their vehicle seating through the InControl Remote app on their smartphone from anywhere in the world - even in mid-air.

Having jumped from a plane with six members of the Royal Navy Parachute Display Team and freefalling at 125mph, Bear was able to change the vehicle’s seating layout at the touch of a button on his smartphone before he had to deploy his parachute.

Once on the ground all the skydivers were able to jump into a camouflaged prototype of the New Discovery, which comfortably seats seven full-sized adults.

The world-first Intelligent Seat Fold technology allows the two rear rows of seats to be fully reconfigured in as as little as 14 seconds via the InControl Remote app downloaded on any iOS or Android operating system.

Bear Grylls said: “Land Rover is proving why the New Discovery is the ultimate family SUV. The fact that they have created this world-first Intelligent Seat Fold technology is impressive in itself and for the remote function to work while we are freefalling from a plane is pretty cool! 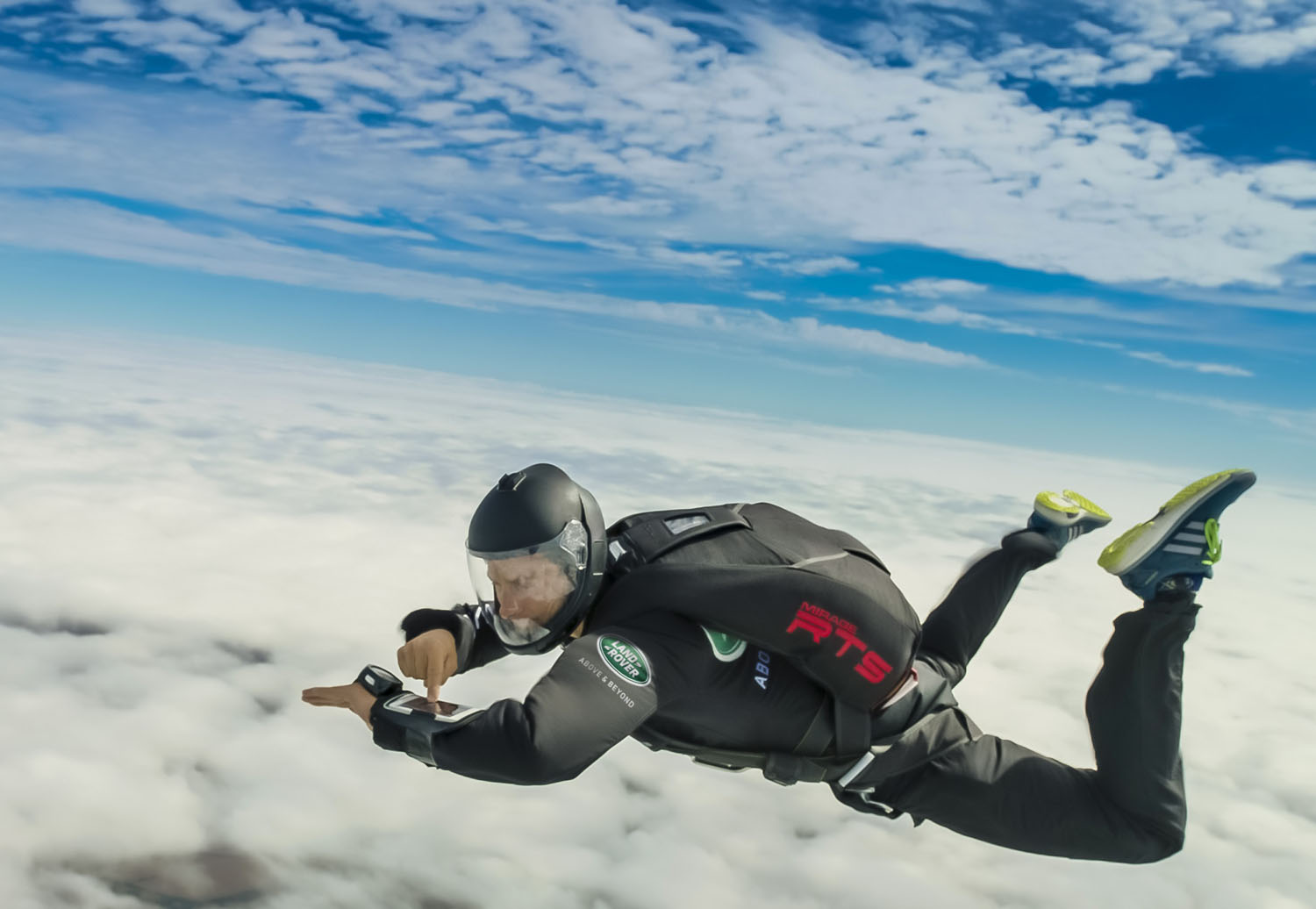 “I’m not sure many people will be using it in such a manner but the technology to operate the car remotely in this way will undoubtedly be a real winner for busy families who want to be prepared.”

Alex Heslop, Land Rover’s Chief Engineer for Discovery, said: “This unique feature sets the New Discovery apart from any other vehicle. The fact that owners can change the seating while doing things like queuing with their shopping is a true milestone in convenience delivered through technological innovation.”

The Intelligent Seat Fold technology can be activated in four different ways, including the remote function tried and tested by Bear Grylls. Closer to the ground, switches within the luggage area and on the C-pillar allow the seats to be moved or folded while standing beside the vehicle. Row two and three seats can also be raised and lowered using the main touchscreen display on the dashboard.

Land Rover’s InControl Remote app allows customers using both iOS and Android smartphones to connect with New Discovery from anywhere in the world, making it possible to perform a variety of functions. From confirming all the windows are closed or checking the fuel level to setting the air conditioning or monitoring its location, the advanced technology brings new levels of customer convenience and connectivity to the premium SUV market.

Fans and customers can register their interest at www.landrover.com