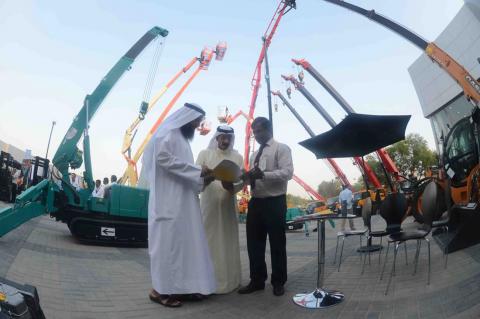 The Big 5 Kuwait, the country’s largest building and construction exhibition announces dates for its second edition

July 16, 2014 - Kuwait’s construction sector has witnessed remarkable growth at a steady pace, driven by the announcement of several infrastructure projects in recent times. According to a recent report by Ventures Middle East, the construction contracts in the country are set to reach USD 17.5 billion by the end of 2014 from USD 9.8 billion in 2011. Among the major infrastructure projects under various stages of planning and construction are Kuwait International Airport (KIA) re-development project, Kuwait Metro project, and the Kuwait National Rail Road System.

In line with these industry developments, The Big 5 Kuwait, Kuwait’s largest building and construction exhibition, has announced the launch of its second edition, following a successful debut last year. To be held from September 22 – 24, 2014 at the Kuwait International Fair, the exhibition will showcase a comprehensive range of innovative products and cutting edge technologies for the construction sector. In addition, The Big 5 Kuwait will also feature a Live Demonstration Theatre to give  hands-on demonstrations of the new products along with other special events such as the FM Congress, certified workshops, networking round tables, and a How to Trade in Kuwait Seminar. These free to attend special features have been designed with the Kuwait construction market in mind and ensure the continued professional development of its delegates. 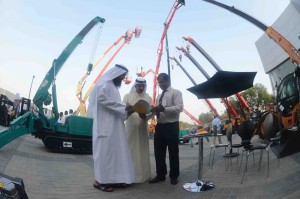 The USD 698.5 million KIA redevelopment project is one of the key projects in Kuwait, which includes improvement of airport buildings and enhancement of other facilities such as fire stations, rescue centers and service roads. The planned expansion will increase the airport’s annual capacity to 20 million passengers. Likewise, the construction of the second terminal worth USD 3.3 billion will be able to handle 13 million passengers annually during the first phases, with plans to increase to 25 million and 50 million during subsequent phases. 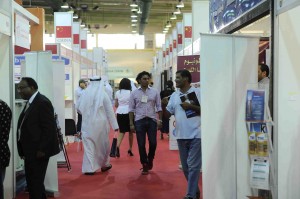 The USD 7 billion Kuwait Metro project is another vital project currently in the stages of design and supervision. Nearly 65 per cent underground, the Metro will cover more than 160 km, comprising 69 stations on its three lines. Lastly, the Kuwait National Rail Road System to be built at an investment of USD 10 billion will be an integrated rail network with a total length of 511 km double track. To be built on a “build, operate and transfer” (BOT) basis, the project is currently in the final process of design with budget and allocation being already made and the tendering process expected to commence soon. 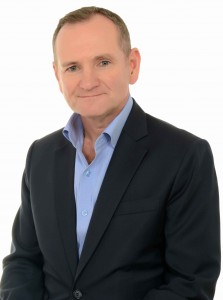 Andy White, Group Event Director, The Big 5, said, “The demand for fresh technology and new building material is on a steady rise in Kuwait, driven by a robust performance of the construction and infrastructure sector. The total cost of infrastructure and construction projects in 2014 will touch USD 23.2 billion. All this activity strongly supports the need for The Big 5 Kuwait, which is set to present the latest tools and equipments for the construction sector during its second edition. With a greater exhibition area on offer, we are confident that we will continue to provide industry professionals with an opportunity to source new and international products, a place to network and also an opportunity to continue their professional development through the series of free to attend educational features.”

Launched in 2013, The Big 5 Kuwait received an overwhelming response for its first ever show. 5,000+ industry professionals, which include architects, engineers, contractors and developers, attended the three-day event to source products for USD 116 billion real estate and infrastructure projects that are underway in the country. Being the largest construction exhibition in the country, The Big 5 Kuwait complements the growing momentum in the Kuwaiti construction sector by offering new concepts and solutions in building technology.