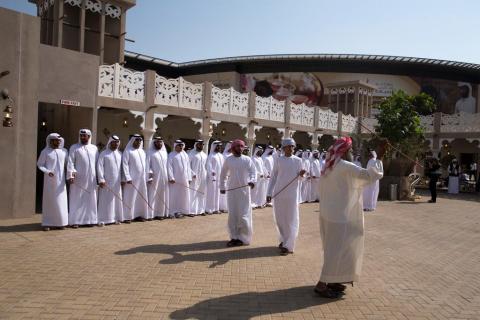 UAE, 30 October, 2014 - The Heritage Village of the coming second edition of the Dubai World Hospitality Championship (DWHC) has added 53 new traditional crafts—which will be part of the many activities and programs designed to highlight authentic Emirati hospitality during the exciting three-day competition.

Alia Rasheed Al Shanqeeti, Events Manager and Director, Heritage Village, DWHC, said, “The DWHC is the first global event of its kind to celebrate Emirati culture, along with its rich heritage, cuisine, antiquities and the hospitality that Emiratis are well known for. The event, which is being organized by Za ‘abeel Palace Hospitality and held in cooperation with the Emirates Culinary Guild and WACS, will also have an Emirati Celebrities competition, a Guf Exhibition and Heritage Village that will display traditional Emirati handicrafts.” 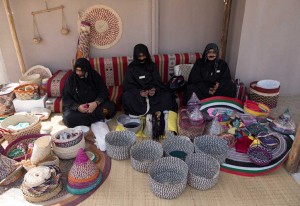 Al Shanqeeti further explained, “The Heritage Village will involve 710 participants, including 130 participants within the traditional crafts category while 40 children will be taking part in workshops and events for children. In addition, the traditional crafts section will include 57 different categories—‘Alkerkhana,’ ‘Talli,’ ‘Sadu’, ‘wool yarn’, ‘wool dyeing’ and ‘Kaytan.’ Many participants will participate in the village’s activities ranging from popular games and workshops teaching kids and workshop like coloring pottery as well as folk art.” 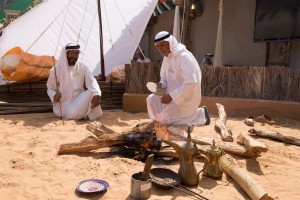 She added that the championship plays a pivotal role in maintaining the popular tradition and the arts of traditional cooking and creation of household products—keeping at pace with the age requirements of time itself, as well as highlighting the global spotlight on the nobility of the heritage of the state and its people. The DWHC also aims to encourage dialogue and exchange of information about the UAE culinary segment. 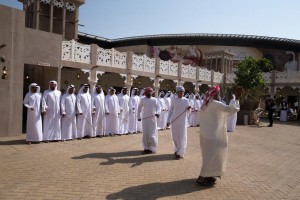 Al Shanqeeti highlighted the 12 popular types of Emirati folk arts, which will be highlighted to the public during DWHC. Za'abeel Palace Hospitality is keen to highlight these arts in the championship as it represents a part of Emirati folklore and its showcase of cultural diversity among the people and society

Al Shanqeeti also pointed out that the DWHC contributes to the promotion of UAE hospitality on a global level—further positioning it as a hub of innovation and excellence in hospitality services. The DWHC also aims to increase more awareness on Emirati cuisine though an interesting range of interactive activities for the public to take part in while also informing them about the country’s rich cuisine and its outstanding components.

Under the directives of His Highness Sheikh Hamdan bin Mohamed bin Rashed Al Maktoum, Crown Prince of Dubai, Za’abeel Palace Hospitality organises the Dubai World Hospitality Championship 2014, an initiative that seeks to spotlight Dubai amongst the finest multicultural culinary destinations of the world.

Supported by the World Association of Chefs Societies (WACS), the Emirates Culinary Guild (ECG) and Dubai World Trade Centre, as well as the support of the strategic partners "Emaar Properties" and "SME", the diamond partners "Dubai Mall" and "At the Top Burj Khalifa", the Official Airline Carrier

"Fly Dubai", the Official Media partners "Dubai Press Club" and "DMI" and the Official Hospitality partner "The Meydan Hotel", in addition to CPI, DIWA and Dubai World Trade Center. The debut edition of the championship will host a culinary museum and a model heritage village displaying traditional handmade products and offering popular Emirati food for sampling. The event will offer free access to the public.