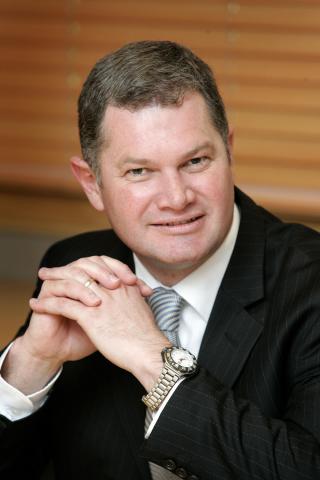 Ford Motor Company today is announcing leadership changes in the Middle East and Africa as it continues to deliver the company’s One Ford plan for profitable growth.

Benintende, 60, joined Ford 40 years ago as an assembly line worker in Mahwah, N.J. He progressed through a series of marketing and sales positions from 1984-93 before joining Ford Export and Growth as national sales manager for Saudi Arabia and Egypt in 1993, a position he held until 1997. He also served as Middle East marketing manager from 1996-97 and as the sales manager for the Middle East and North Africa from 1997-2000, becoming managing director, Ford Middle East, in 2000.

“Establishing Ford’s fifth business unit and working with the team to develop our long-term strategy for this exciting region is one of the most fulfilling things I’ve done in my career,” Benintende said.  “I’ll miss the team and the dealers in MEA, and I’m looking forward to serving with Mark to support sales initiatives in the U.S.”

Brent has worked at Ford for 19 years, beginning his career at Ford of Southern Africa. His career has spanned three continents and multiple Ford-owned brands over the years. He has worked in leadership roles within markets and the various brands with cross functional experience in finance, marketing, sales and general management.

“This is a great opportunity in Ford’s newest region and I look forward to continuing the growth and momentum we have established in these diverse markets,” Brent said. “Jim and the team have done great job establishing the region and it is an honor for me to be able to lead this region as we embark on the next exciting phase of our development,” added Brent. “I am also very excited to once again be working with South Africa, and to get to know the employees and dealers in the other regions.”

From April, 2014, Jacques led marketing for Ford Asia Pacific, covering the 12 major markets and many smaller ones. Jacques current role in Asia Pacific includes regional responsibility for consumer, product and retail marketing in addition to market research and marketing strategy.

Brent’s father worked for Ford for 38 years, beginning in Port Elizabeth, South Africa, from where his family hails.

Brent is married to Tracy Brent and has three daughters, Tamryn, Nicola and Alexia.