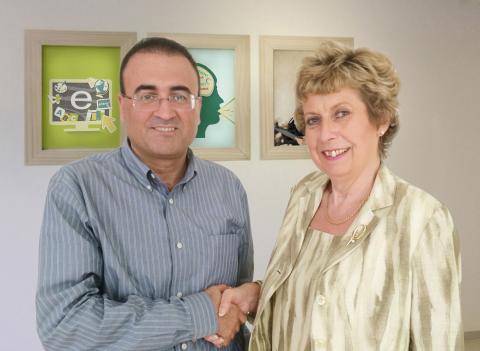 The Irish Academy of Public Relations on Monday 27th October, 2014 revealed in London its joint venture with Orient Planet PR and Marketing Communications to create the first ever online PR and Communications Academy in the Middle East. Orient Planet Academy (www.opacademy.com) will exclusively provide the Irish Academy’s courses to students in the Middle East, Levant and North Africa regions. 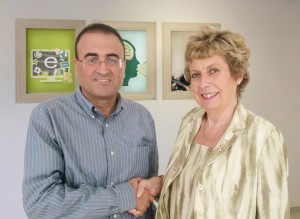 The signing of the agreement between Ellen Gunning, the Irish Academy’s Director, and Nidal Abou Zaki, Orient Planet’s Managing Director, took place recently in London. Orient Planet Academy will facilitate internationally recognized certificate courses in public relations, marketing, journalism, event management and English grammar. Offering a wide degree of flexibility to its prospective students, Orient Planet Academy’s courses - all of which have been localized for the Arab World - can be completed in a time span of 10 to 20 weeks. A student is required to finish 10 to 12 modules and pass all requirements before a certificate is awarded.

Comprehensive textbooks of the Irish Academy will also be available at the new Academy’s bookstore to help potential learners in their studies. The textbooks are specifically chosen to complement the course syllabus and to serve as additional references for students. Visitors of the Orient Planet Academy website may also browse through videos to watch renowned communications experts in action.

In 2013, the value of the Middle East e-learning market was placed at USD 44 million as a result of concerted efforts to digitize education in the region. The sector also witnessed an average growth rate of 8.2 per cent per year, with revenues projected to reach USD 561 million by 2016. The expansion can be attributed to several fundamental factors, one of which is the region’s move to transform itself into a knowledge-based economy.

One of the major drivers of the growing online education market in the Arab World is the increasing number of internet users in the region. According to Arab Knowledge Economy 2014, a first-of-its-kind report jointly produced by Madar Research and Development and Orient Planet, the Arab World recorded the largest growth in internet users compared with other regions in the world since 2001. Th­e report shows an exponential increase in the number of people accessing the internet from the region. By 2017, the figure is expected to increase to about 197 million, while internet penetration is projected to jump from 32 per cent in 2012 to over 51 per cent in 2017.

Ellen Gunning said: “The Irish Academy has an ever-growing footprint across Europe, the United States, Latin America and Africa. Over the years, we have seen the immense potentials of the online education market in the Arab World, and we believe now is the ideal time to establish our presence in the rapidly expanding industry. We entered into a joint venture with Orient Planet to form Orient Planet Academy to mark our expansion in the Middle East and serve a market of more than 314 million people through our comprehensive courses. Orient Planet Academy will be an added value to the growing industry. Initially, the courses will be taught in English with a view of offering them in Arabic in the coming few weeks.”

Nidal Abou Zaki commented: “Although the Arab region’s PR and communications industry has been continuously growing, we realized that there is no online platform in the region that provides professionals and students alike the chance to further develop their skills in PR, communications, marketing and social media. Orient Planet Academy not only aims to provide flexibility but it also offers employed individuals and young students an opportunity to earn an internationally recognized certificate. We have localized all courses in order to address the cultural requirements of the region.  We will offer a modern educational platform to enhance and inspire a new generation of communications experts capable of meeting the needs of the Arab and global markets.”