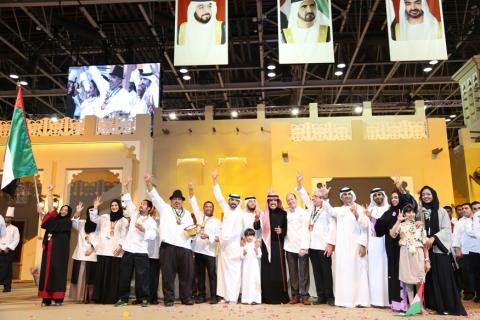 [UAE, 4 November, 2014] – The Dubai World Hospitality Championship’s International Competition was concluded on Saturday (November 1, 2014) on a high note with the United Arab Emirates national team winning over other participating international teams, which included some of the world’s best chefs and culinary experts. The UAE team won first place in the International Competition, which showcased intense rivalries amidst an exciting atmosphere. The closing day of the Championship was characterized by strong competitions between Syria, Tunisia, UAE, and Kuwait showcasing their specialty dishes. 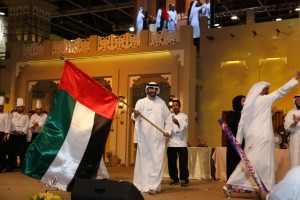 For his part, Amro Yassin, Manager of the Syrian Team, said: “The Syrian team was honoured to participate for the first time in DWHC 2014, which is considered one of the leading events for hospitality and cooking industries in the region. Our involvement here follows our successful participation in China, where we won a gold medal. The Syrian Team comprises a group of Dubai-based Syrian residents. We impressed the audience with culinary innovations inspired from traditional Syrian dishes and we believe that the second cycle of DWHC has surpassed the success of its first cycle.” 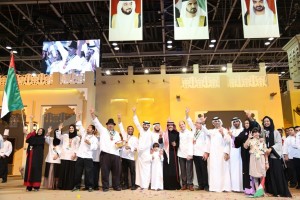 “The participation of Arab teams in this year’s championship gives a more Arabic touch to the event unlike in the inaugural edition where the majority of the teams were from Europe and other parts of the world,” concluded Yassin.

Tahani Al Ghamis, Manager, Kuwaiti Team, said: “This is our first participation as Kuwaitis in DWHC and we had the great honour of competing with other Arab and Gulf teams in a fair environment. We were well-prepared for the event, where we offered a variety of traditional Kuwaiti dishes which are an integral part of our culinary cultural heritage. We are sure that we gave a good performance, befitting to win the title in the International Competition. Lastly, we wish everyone all the best for their performances.”

DWHC 2014 was organized by Za'abeel Palace Hospitality in cooperation with the World Association of Chefs Societies (WACS) and The Emirates Culinary Guild (ECG), and with the support of the Mohammed bin Rashid Establishment for SME Development, Dubai Press Club, Emaar Properties and Flydubai. The event took place on a 25,000 sq m area across four halls in the Dubai World Trade Centre, including Sheikh Saeed Halls 1, 2, 3 and the Arena Hall, which has the capacity to welcome over 10,000 visitors a day.

Under the directives of His Highness Sheikh Hamdan bin Mohammed bin Rashed Al Maktoum, Crown Prince of Dubai, Za’abeel Palace Hospitality organises the Dubai World Hospitality Championship 2014, an initiative that seeks to spotlight Dubai amongst the finest multicultural culinary destinations of the world.

In its second cycle, the Dubai World Hospitality Championship 2014 will take place from 30 October to 1 November at the Dubai World Trade Centre. The event comprise of four main competitions: The International Competition, The Emirati Competition, The Hospitality Sector Competition, and The GCC Products Competition. The championship will witness12 globally renowned culinary masters, Emirati professional and amateur chefs and more than 700 chefs vying for top honours through showcasing their creativity, mastery and professionalism in crafting international and Emirati cuisine. More importantly, DWHC is the first and only event of its kind that highlights the rich and intricate traditions of Emirati cuisine and hospitality to the world.

Supported by the World Association of Chefs Societies (WACS), the Emirates Culinary Guild (ECG) and Dubai World Trade Centre, as well as the support of the strategic partners "Emaar Properties" and "Mohammed bin Rashid Establishment for SME Development", the diamond partners "Dubai Mall" and "At the Top Burj Khalifa", the Official Airline Carrier "Fly Dubai", the Official Media partners "Dubai Press Club" and " Dubai Media Incorporated " and the Official Hospitality partner "The Meydan Hotel", in addition to Corporate Publishing International, Dubai Electricity and Water Authority (DEWA), and Dubai World Trade Center. The debut cycle of the championship will host a culinary museum and a model heritage village displaying traditional handmade products and offering popular Emirati food for sampling. The event is open to the public.