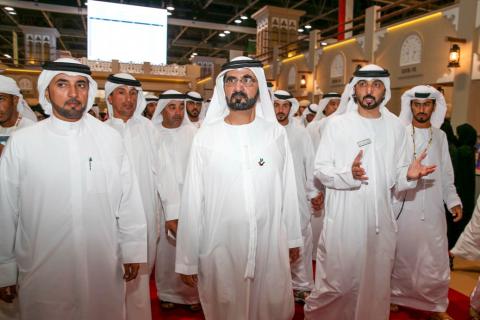 [UAE, 4 November, 2014] - The second cycle of the Dubai World Hospitality Championship (DWHC) closed on a high note on (Saturday, November 1, 2014) after attracting strong participation from renowned hospitality and culinary professionals across the globe. The closing day saw the visit of H.H. Sheikh Mohammed bin Rashid Al Maktoum, Vice President and prime Minister of the UAE and Ruler of Dubai, for the second day in the row. H.E. Sheikha Lubna bint Khalid Al Qasimi, Minister of International Cooperation and Development and Head of UAE Committee for the Coordination of Humanitarian Foreign Aid; and Mona Ghanem Al Marri, Director General of the Media Office of Government of Dubai, also attended the event, along with leading figures from Vogue Fashion Show.

The closing day of the Dubai World Hospitality Championship witnessed participation of top experts and connoisseurs to showcase their world-class talents and compete for the highest honors. Like the inaugural edition, DWHC 2014 also successfully provided an interactive platform to promote the unique local and regional hospitality and culinary traditions to the global stage.

In the Tradition Cooking Category of the Emirati Competition, Umm al-Quwain won in the  University and College Category; Dubai in the Team Category; Ras al-Khaimah in the Family Category and Dubai in the Public Cuisine Category. Aisha Saeed Suroor Al Katbi from Sharjah won in the Professional Category; Saeeda Mufreh Al Musaferi in the Amateur Category. As for the Gulf Products Competition, Kuwait won the Gulf Creations Category while Halima Ali Al Dhahiri from Al-Fujiarah won the Food Innovations Category. The Emirati Team bested other regional and international groups of top chefs to grab the International Competition’s top recognition, while the championship’s Hospitality Sector Competition provided high-level of performance and innovation. 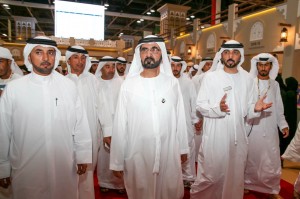 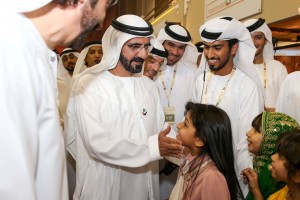 DWHC 2014’s Celebrities Competition also witnessed the participation of 70 renowned Emirati sports, music and media personalities. The celebrities were divided into teams of five and showed their cooking prowess in front of a big crowd. The competition saw exciting ambiance and live interaction with the audience. 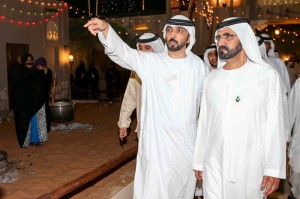 Ahmed bin Hareb, President of Dubai World Hospitality Championship, said: “We are pleased with the outcome of this year’s Dubai World Hospitality Championship. It was very inspiring to watch our local, regional and international participants’ creativity, innovation, perseverance and sportsmanship as they competed in each category. Their world-class talents and skills in the fields of hospitality and culinary arts are worth noting.  DWHC was also successful in terms of showcasing our local traditions to our international guests. We hope to exceed the success of this year’s edition next year in line with our unyielding commitment to position Dubai as a leading international destination for hospitality and industry.” 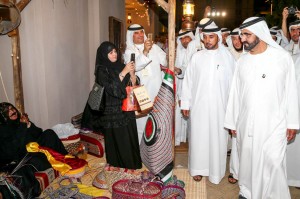 Hessah Ahmed Hareb, Faculty Applied Communications at Higher Colleges of Technology, said: “I would like to thank the organizing committee of the Dubai World Hospitality Championship for providing an opportunity for 150 female students from the Higher Colleges of Technology to participate in this event that reflects the UAE’s status as a global hospitality hub. The 2nd cycle of Dubai World Hospitality Championship offers an ideal platform for us to apply our knowledge related to photography and social media that we have gained through our study in the Higher Colleges of Technology. We are honored to participate in the DWHC 2014 to help the jury, registration team and social networking team to ensure depicting various aspects of the championship via Instagram, Twitter, Facebook and YouTube through capturing photos that reflect the rich heritage and unique hospitality of the UAE, GCC and the Arab World.”

DWHC is committed to supporting all initiatives aimed at highlighting the UAE’s strong points and immense potentials in a bid to position the country among the world’s best. This year, it collaborated with fashion magazine Vogue for the mounting of the upcoming 2nd Vogue Fashion Dubai Experience at the Dubai Mall. The global fashion event attracted high-profile attendees, including the world’s foremost fashion legends, to Dubai, catapulting the emirate into the league of global fashion capitals.

Under the directives of His Highness Sheikh Hamdan bin Mohammed bin Rashed Al Maktoum, Crown Prince of Dubai, Za’abeel Palace Hospitality organises the Dubai World Hospitality Championship 2014, an initiative that seeks to spotlight Dubai amongst the finest multicultural culinary destinations of the world.

In its second cycle, the Dubai World Hospitality Championship 2014 will take place from 30 October to 1 November at the Dubai World Trade Centre. The event comprise of four main competitions: The International Competition, The Emirati Competition, The Hospitality Sector Competition, and The GCC Products Competition. The championship will witness12 globally renowned culinary masters, Emirati professional and amateur chefs and more than 700 chefs vying for top honours through showcasing their creativity, mastery and professionalism in crafting international and Emirati cuisine. More importantly, DWHC is the first and only event of its kind that highlights the rich and intricate traditions of Emirati cuisine and hospitality to the world.

Supported by the World Association of Chefs Societies (WACS), the Emirates Culinary Guild (ECG) and Dubai World Trade Centre, as well as the support of the strategic partners "Emaar Properties" and "Mohammed bin Rashid Establishment for SME Development", the diamond partners "Dubai Mall" and "At the Top Burj Khalifa", the Official Airline Carrier "Fly Dubai", the Official Media partners "Dubai Press Club" and " Dubai Media Incorporated " and the Official Hospitality partner "The Meydan Hotel", in addition to Corporate Publishing International, Dubai Electricity and Water Authority (DEWA), and Dubai World Trade Center. The debut cycle of the championship will host a culinary museum and a model heritage village displaying traditional handmade products and offering popular Emirati food for sampling. The event is open to the public.