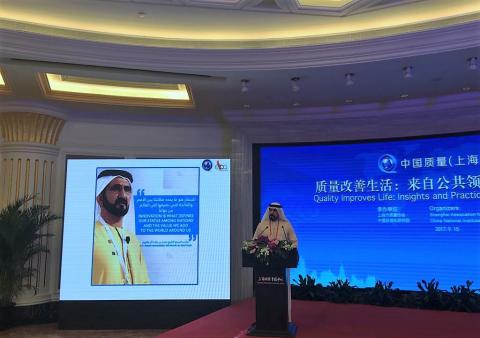 The Emirates Intellectual Property Association (EIPA) successfully presented a working paper entitled 'Innovation and Creativity in the UAE' during its participation at the second China Quality Conference, which was held recently, 2017 in the People's Republic of China (PROC). EIPA's presence at the event was aimed towards sharing and learning more about best practices in the field of Intellectual Property Rights (IPR) while also complementing the UAE's commitment towards participating in international conferences to help facilitate a smoother and seamless exchange of expertise, knowledge and experience among leading global intellectual property organizations. The EIPA delegation was led by Major General Dr. Abdul Quddus Abdul Razzaq Al Obaidly, Assistant Commander-in-Chief for Quality and Excellence, Dubai Police and the Head of Board of Directors, EIPA, accompanied by Sheikha Ahmed Al Rahoumi, Member, EIPA; Ibrahim Mohammed Al Falami, Government Liaison, EIPA and Mohammed Abdullah Al Baloushi, Member, EIPA. 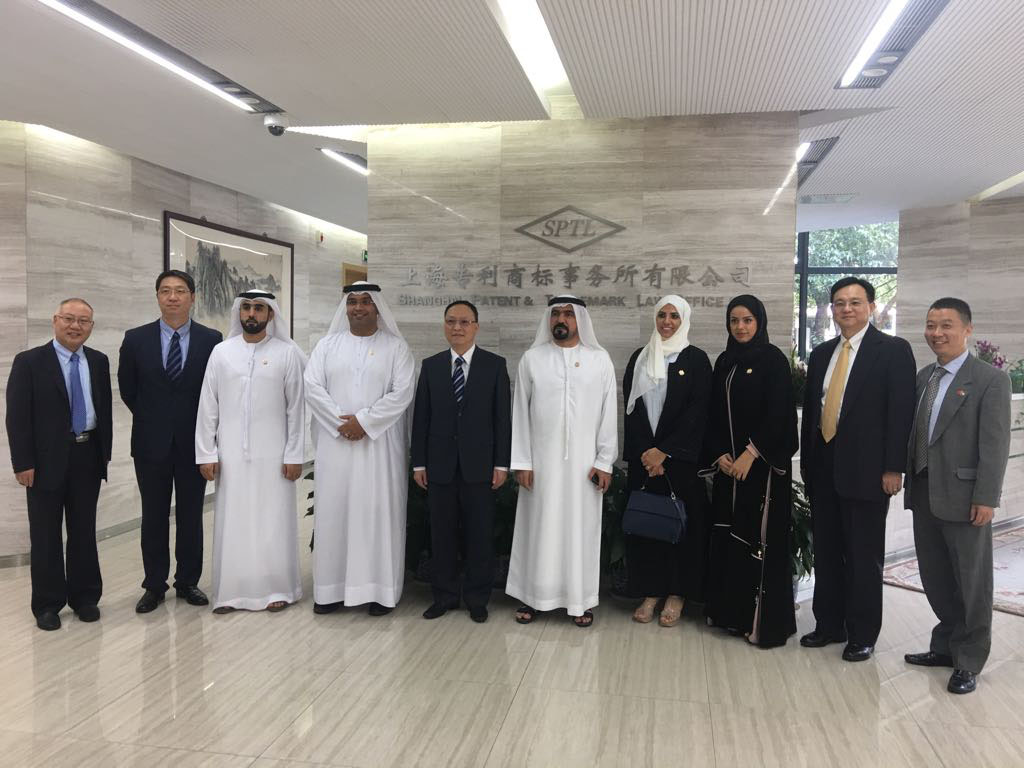 During the first day of the conference, the visiting EIPA officials met with Hong Xiang Wang, Managing Partner, Shanghai Patent and Trademark Office. The delegation was given a briefing on how patents are processed in China. In his presentation, Wang revealed that more than 364,000 local and foreign patents were processed by the Shanghai Patent and Trademark Office from 2008 to 2016. To date, the number of patents in China is said to have reached three million and is expected to increase continuously. He also shared that their workforce is expected to grow by 20,000 employees. The office conducts annual exams for patent agents, which has an acceptance rate of 20 per cent--with only 5,000 candidates passing the exam. At present, the office currently has 16,000 patent agents with 2,000 of them being qualified to file lawsuits in China courts. Wang also shared that the office's other services include the provision of training courses to office associates, management of its various law offices in China, development and implementation of projects and organizing key events like conferences and seminars. 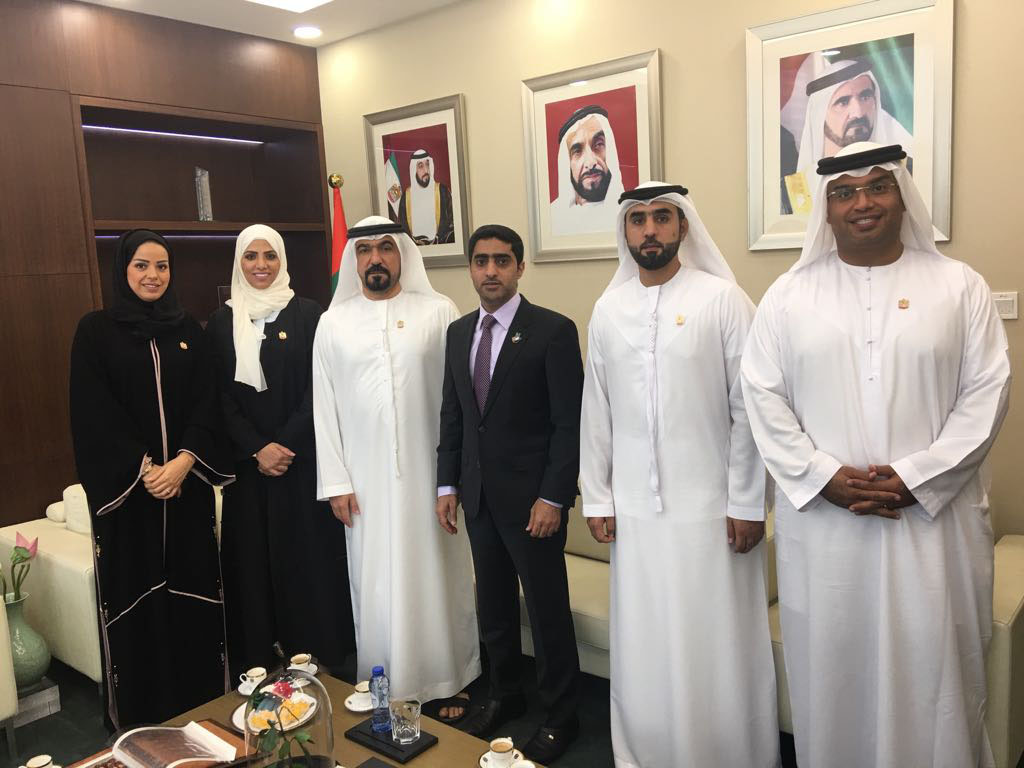 Wang further revealed that they place key importance in research and development (R & D). In fact, the office has helped several research initiatives in receiving grants and awards from the government, including obtaining a five-star rating for registering intellectual property right patents. The Shanghai Patent and Trademark Office is widely recognized in China for its highly conducive work environment--offering strategic benefits to trademark owners that protect them from any possible infringements against their intellectual property rights.

H.E. Obaidly gave a presentation that focused on how EIPA was established, its goals, objectives and the activities it holds in cooperation with the World Intellectual Property Organization (WIPO). He also talked about the international conferences that EIPA has held in partnership with INTERPOL and the various initiatives it has implemented in partnership with UAE law enforcement agencies. According to WIPO, the UAE is currently ranked 23rd in the World Intellectual Property Indicators list. 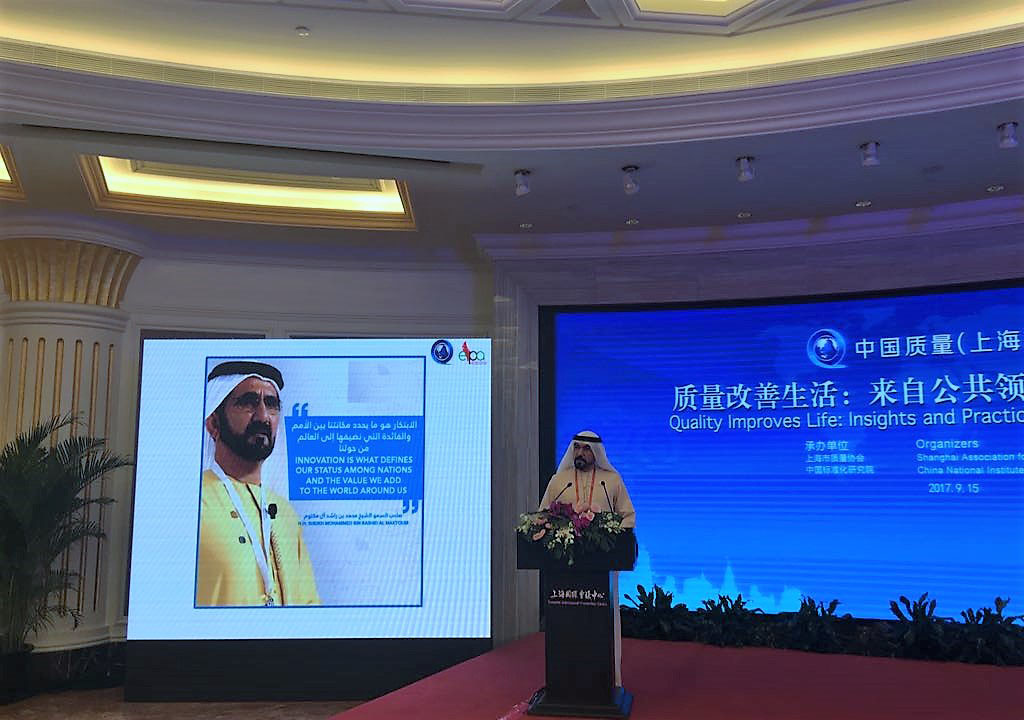 On the second day of the conference, His Excellency presented the EIPA working paper, detailing the strategic plan that the UAE government has taken towards the enablement of driving in more innovation and creativity--implementation of programs and initiatives, development of innovation-focused labs, creation and the maintenance of technological infrastructure.

H.E. Al Obaidly stated, “Under the directives of H.H. Sheikh Khalifa bin Zayed bin Sultan Al Nahyan, the President of the UAE and under the guidance  of H.H. Mohammed bin Rashid Al Maktoum, Vice President and Prime Minister of the UAE and Ruler of Dubai; and H.H. Mohammed bin Zayed Al Nahyan, Crown Prince of Abu Dhabi and Deputy Supreme Commander of the UAE Armed Forces, the UAE seeks to continuously capitalize on all available human and physical resources to make the country one of the most advanced in the world in innovation by 2021. This has led the UAE to rank 35th in the Global Innovation Index in 2017 and first in the region for two consecutive years. We commend the Chinese Government for organizing these important conferences to promote applications that raise the standards of quality, which contributes to economic growth and sustainable development.”

Al Obaidly also noted that the UAE leads the region and ranks 18th internationally in the World Digital Competitiveness Rankings 2017 issued by the IMD World Competitiveness Center based in Lausanne, Switzerland.

The delegation learned about the administrative and legal aspects of China’s intellectual property protection system, which revealed that any infringement against a company, the affected party could present a case at the EIPA or any court. A full investigation will initially be conducted by EIPA and an issuance of a final administrative decision, enforceable by the court. However, this option does not provide for settlement of damages as ruling for such can only be given by the court.

The Major General thanked their Chinese hosts for their hospitality and extended an invitation to attend EIPA’s upcoming forum in November in Dubai.