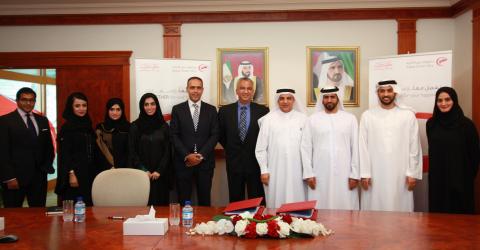 UAE, August 10, 2014- Dubai Smart Government (DSG) has announced the activation of Emirates NBD and Emirates Islamic Bank (EIB) into its direct debit service, which is heavily used for ePay and settling of Dubai government fees and services. The announcement is aimed at expanding the base of the public benefiting from the ePay service based on the agreement which DSG previously signed with Network International, electronic payment solutions provider in the Middle East.

The recent inclusion of the two banks reflects Dubai’s increasing pace of eTransformation aimed at building an integrated digital society in terms of offering a wide variety of electronic payment solutions to customers under the highest standards of privacy, security and credibility, while extending the number of banks participating in the service for easy procedures to both individual and corporate customers. 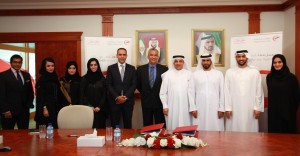 Commenting on the step, H.E. Ahmad Bin Humaidan, DSG Director General, said: “The addition of more banks to the ‘Direct Debit’ service reflects the joint commitment to raise the bar of excellence with regard to banking electronic services provided to customers as per the highest standards of quality in line with the vision of His Highness Sheikh Mohammed Bin Rashid Al Maktoum, Vice President and Prime Minister of the UAE and Ruler of Dubai, to create a world-class smart government in Dubai to ease the life of all segments of the society and make them happy.”

“The positive effects of electronic payment are not restricted to supporting the national economy and providing customers with multiple options to ease their transactions but extend to environment sustainability, which is a mainstay for publicizing the green economy that H.H. Sheikh Mohammed called for in his future vision of the UAE when he launched the UAE green development strategy under the slogan ‘Green Economy for Sustainable Development’, a long-term national initiative aimed at converting the UAE into a leading global hub in the field of green development towards a green environment free of pollution resulting from customers’ use of their cars and the effect of exhausts on global warming”,  Bin Humaidan added.

Bin Humaidan affirmed that providing an electronic payment option for settling the fees of government services would contribute to reducing traffic jams, thereby substantially minimizing the waste of assets in favour of the green economy as a result of providing the service round the clock from anywhere through innovative electronic and smart channels.

The design of DSG’s ePay gateway allows it to be integrated with all the eServices of all Dubai government entities, no matter what technologies and software they use, thanks to its compatibility with all means of online payment, catering to the needs of the participating entities. Users can also browse the ePay gateway and make payments through their smart phones.