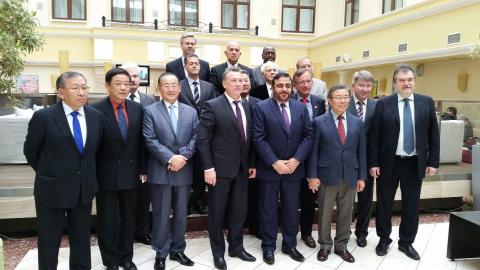 [UAE, October 21, 2014] – Dr. Mansoor Al Awar, Chancellor of the Hamdan Bin Mohammed Smart University (HBMSU), has been appointed as head of the Governing Board of the UNESCO Institute for Information Technologies in Education (IITE). This achievement helps bolter UAE’s efforts to be at the forefront of promoting smart learning development in the world in the next four years. The appointment also places HBMSU into the ranks of top-notch global academic institutions. The university, which is the first academic institution to adopt smart learning in the Arab World, is poised to play a pivotal role in establishing smart learning policies through its wide expertise and deep knowledge of the region. 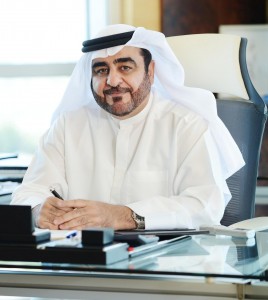 Dr. Al Awar was unanimously elected during the first meeting of UNESCO IITE Governing Board held recently in Moscow, Russia. The attendees included international senior officials, such as Veniamin Kaganov, Deputy Minister of Education and Sciences of the Russian Federation, and Prof. Qian Tang, UNESCO’s Assistant Director-General for Education, and 11 IITE members who were composed of leading international experts and professionals in education and smart learning. 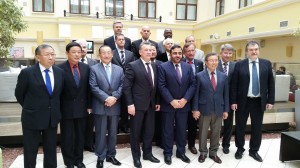 Dr. Al Awar said: “With my appointment as Chairman of the UNESCO IITE Governing Board, I would like to extend my heartfelt gratitude and appreciation to God Almighty, H.H. Sheikh Khalifa Bin Zayed Al Nahyan, President of the UAE, and H.H. Sheikh Mohammed Bin Rashid Al Maktoum, Vice President and Prime Minister of the UAE and Ruler of Dubai. Their unparalleled support and confidence have always been a  key motivator not only for me but for the entire Emirati people to pursue excellence and leadership to make the UAE amongst the best nations in the world.”

Al Awar added: “The appointment reaffirms the pivotal role of HBMSU in promoting smart learning worldwide in line with the wise directives of H.H. Sheikh Hamdan Bin Mohammed Bin Rashid Al Maktoum, Crown Prince of Dubai and President of HBMSU, and supervision of H.E. Lieutenant General Dahi Khalfan Tamim, Deputy Chairman of Dubai Police and General Security and Chairman of HBMSU Board of Governors. This is an accomplishment that I am very proud of. My new responsibilities inspire me to work harder to sustain all efforts towards bridging digital gap in education and building knowledge-based communities by promoting the potentials of e-learning and distant learning worldwide.”

Dr. Al Awar is the first Arab scholar to attain membership and chairmanship of the UNESCO IITE Governing Board. He will join a group of top-notch, elite scholars who specialize in establishing learning development policies in the world. The election of Al Awar is attributed to his proactive efforts in spreading the culture of smart learning and nationalizing modern knowledge to address the needs of the Arab World.

UNESCO Institute for Information Technologies in Education was established in 1997 as an integral part of UNESCO to design and implement the programs of the organization with regard to the application of information and communication technologies in education.