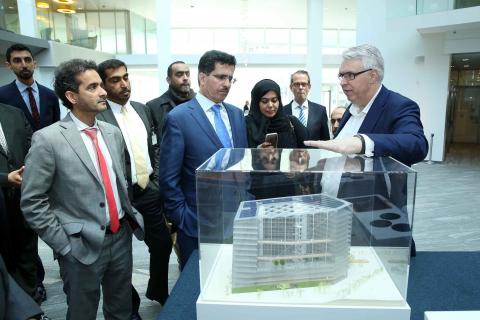 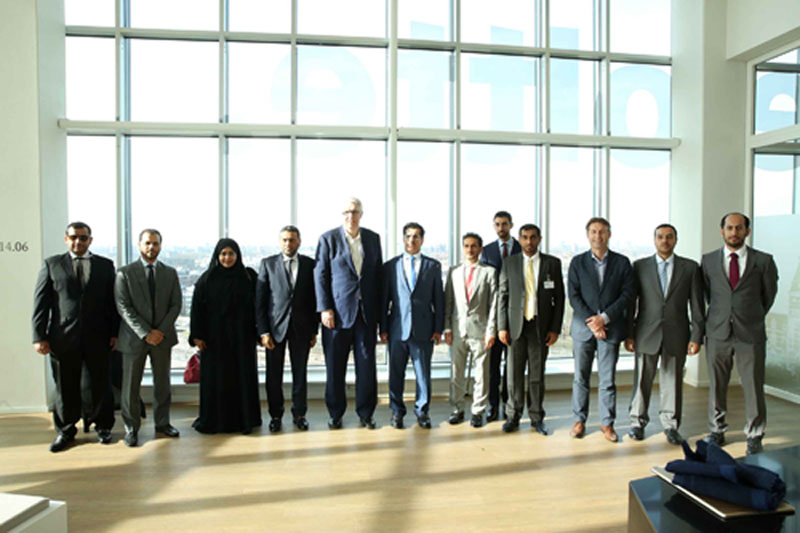 A delegation from Dubai Electricity and Water Authority (DEWA) has met Dutch officials from the Kingdom of the Netherlands while making an official visit. The delegation, headed by HE Saeed Mohammed Al Tayer, MD & CEO of DEWA, met officials from the public and private sectors in both Rotterdam and Amsterdam. The visit supports DEWA’s efforts to exchange expertise and review the latest technologies and best international practices in smart transformation. The meetings discussed topics of mutual interest, particularly DEWA’s supporting the transformation of Dubai into the smartest city in the world.

During his meetings with Dutch officials, Al Tayer explained that Dubai has a clear strategy for sustainable development, based on the vision of His Highness Sheikh Mohammed bin Rashid Al Maktoum, Vice President and Prime Minister of the UAE and Ruler of Dubai. Last November, His Highness launched the Dubai Clean Energy Strategy 2050 to provide 7% of Dubai’s energy from clean sources by 2020, 25% by 2030 and 75% by 2050. The strategy consists of five main pillars: infrastructure, legislation, funding, building capacities and skills, and having an environmentally-friendly energy mix.

“This includes initiatives such as the Mohammed bin Rashid Al Maktoum Solar Park, which Dubai Electricity and Water Authority is managing and building. The park is the largest single-site solar project in the world. It will produce 1,000MW by 2020 and 5,000MW by 2030, with a total investment of at least USD 13.5 billion (AED 50 billion). The first phase of the project became operational in 2013 and the 200MW second phase will be operational by April 2017. The solar park will help reduce 6.5 million tonnes of carbon dioxide emissions annually. We are establishing the Dubai Green Zone, which is a free zone designed to attract research and development centres and emerging companies in clean energy. The financing pillar includes the establishment of the USD 27 billion (AED 100 billion) Dubai Green Fund that will provide financial tools for clean energy investors in the Emirate,” said Al Tayer.

A tour was arranged for the delegates in Amsterdam’s The Edge, the greenest office building in the world. They expressed their admiration of the building and its smart and innovative technologies that have made it so remarkable. Al Tayer invited Dutch officials to Dubai to visit DEWA’s Sustainable Building, which is the largest government building in the world to receive a Platinum Rating for green buildings from Leadership in Energy and Environmental Design (LEED). It has achieved 98 out of 110 points as per the rating criteria for the design set by the US Green Building Council institute. The building saves 66% of energy consumption, and also has a solar power plant with a capacity of 660kW, and reduces water use by 48%.

The delegation invited Dutch companies and organisations to take part in the first Dubai Solar Show that will be held in conjunction with the 18th Water, Energy, Technology, and Environment Exhibition (WETEX) from 4-6 October 2016. WETEX is organised under the directives of HH Sheikh Mohammed bin Rashid Al Maktoum, Vice President and Prime Minister of the UAE and Ruler of Dubai, and under the patronage of HH Sheikh Hamdan bin Rashid Al Maktoum, Deputy Ruler of Dubai, Minister of Finance and President of DEWA.