Board of Directors of Smart Dubai Office holds 4th meeting 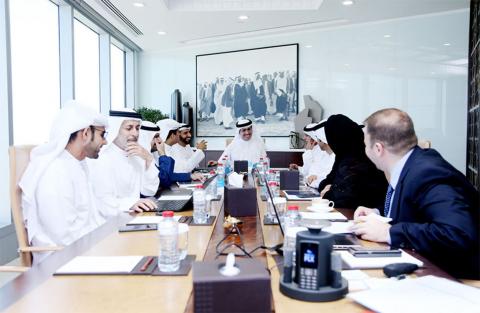 The Board of Directors of Smart Dubai Office (SDO) has held its fourth meeting which was presided over by H.E. Saeed Mohammed Al Tayer, Chairman of the Board. The meeting is part of the steps taken by the Board to fulfil the vision of His Highness Sheikh Mohammed Bin Rashid Al Maktoum, Vice President and Prime Minister of the UAE and Ruler of Dubai, for Dubai to become the smartest and happiest city in the world and an example to follow of smart cities in all fields in line with the world's best standards.

During the meeting, the SDO's Board of Directors underlined the necessity of working diligently and focusing on following up the implementation of all initiatives through the various KPIs with the aim of boosting the emirate's global competitiveness levels so that the smart transformation system will always be efficient enough to bring happiness to society.

“In line with the futuristic vision of His Highness Sheikh Mohammed Bin Rashid Al Maktoum, we are working on following up the progress of work related to implementing the smart initiatives conforming to the general policies, strategic plans and initiatives at the emirate's level with a view to implementing the directives of the prudent leadership for Dubai to become the smartest and happiest city in the world by 2017,” said Al Tayer.

For her part, H.E. Dr. Aisha Bint Butti Bin Bishr, Director General of SDO, outlined the progress of work and performance indicators related to the implementation of major decisions, initiatives and projects of all the establishments affiliated to the SDO. She underscored the necessity of focusing on efficient performance in smart transformation and abiding by the methodologies and vision that seek to establish Dubai as a model and standard in efficiently employing modern technology to bring happiness to society based on the fact that the success of smart transformation is measured by how far the society is satisfied and happy.

During its meeting, the SDO board discussed a number of presentations on the progress of work of smart initiatives of a number of government entities, outlining the executive details of the initiatives presented by DHA, DEWA, RTA, Dubai Municipality and Dubai Police. This came as part of the board's continuous follow-up of progress of work related to achieving the strategic objectives assigned to it and overseeing the implementation of smart transformation initiatives and strategies in all the entities.