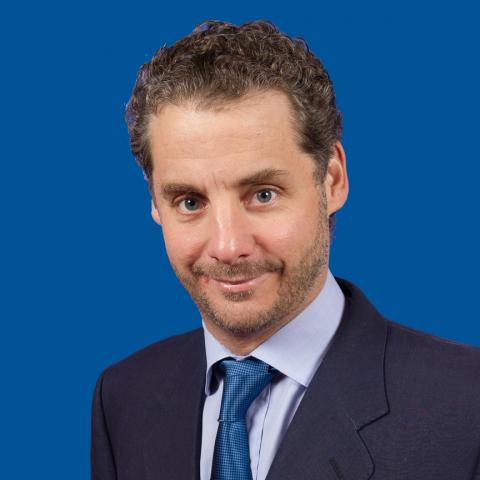 International tourism and a stronger middle class are shaping luxury trends, including luxury experiences and alternative luxury channels, with a focus on consumer nationality rather than geography

December 18, 2014 – ‘Slower but steady’ is the ‘new normal’ for the global luxury market in 2014 – and potentially beyond, which is acclimating to lower, but more sustainable long-term growth. Among currency fluctuations, persistent economic weakness in Europe and external forces, such as the Crimean crisis and protests in Hong Kong, demand from Chinese consumers and mature consumers in the U.S. and Japan re-approaching luxury have helped to counter a potentially significant downward momentum. Bain & Company, the world’s leading advisor to the global luxury goods industry, released these top-line findings in the 13th edition of the ‘Luxury Goods Worldwide Market Monitor’ recently in Milan, Italy.

The global luxury market is on target to reach 223 billion € in 2014, aided by a 5 percent bump in growth this year (at constant exchange rates, +2 percent at current) – down just slightly from seven percent in 2013 (+3 percent at current exchange rates).  With the exception of Japan, China and South America, all markets are now strongly driven by touristic spending – who is buying matters more than where they are buying. Chinese consumers represent the top and fastest growing nationality for luxury, spending abroad more than three times what they spend locally.  Conversely, Japanese citizens make most of their luxury purchases at home with the Yen devaluating by nearly 30 percent since 2012. Tourists are also increasingly influencing the luxury market in the Americas, while tourists’ behavior in Europe is sharply changing as proven by the analysis of tax-free shopping in Europe, carried out in partnership with Global Blue. The analysis indeed reveals an increase in Middle Eastern consumption as it is up by 11 percent, continuing on the positive path of recent years, fueled by increasing tourism flows. There is an overall slowdown of purchases by extra EU tourists, and a change in purchasing behaviors across nationalities. Chinese consumption grew by 10 percent in the first eight months of 2014 - a clear slowdown with respect to the same period in 2013 - showing a polarization towards the two ends of the luxury spectrum, the Accessible and the Absolute segments. Russian purchases are down by 3 percent, due to a slowdown of tourism flows, but show a positive trend of the very high-end segment, reflecting the resilience of top spender consumers. Japanese purchases still negative (-15%), but showing a softer contraction of the Absolute segment.

“With such cross-pollination of luxury spending, it no longer makes sense to think only in terms of geographies. The focus is shifting to consumers, with local trends and tastes representing only part of the picture,” said Claudia D’Arpizio, a Bain partner in Milan and lead author of the study. “This new mind-set has important implications for luxury brands. It requires that they think about their product offering from a more global perspective, with the concept of seasons, a key pillar of this industry, becoming increasingly obsolete.” 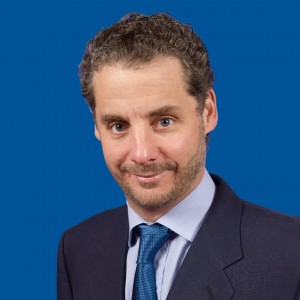 Cyrille Fabre, a Bain partner and leader of the Retail & Consumer Products practice in the Middle East said: “While the international luxury market is affected by a number of causes such as the economic slowdown, unrest in various parts of the world, and currency fluctuation, the Middle East continues to demand luxury goods. The consumption of luxury goods has surged by 11 per cent in the region, driven largely by rapid growth in tourism. The trend will continue to grow, especially in the GCC with the opening up of new malls and luxury brand stores(?) in the next five years. In fact, the Middle East consumer base for luxury products is rapidly growing with a relatively stable profile. Among all luxury products in the region, the luxury car market and more particularly ‘supercar’ segment is predicted to post a solid growth.

Bain’s research finds that international travel and tourism is also creating an appetite for 360-degree luxury experiences, such as high-end transportation, including highly customized ‘super cars’ and yachts, as well as luxury hotels and cruises:

Not to be outdone, personal luxury goods continue to buoy the market. Luxury accessories captured 29 percent of the market and grew by 4 percent in 2014 (at current exchange rates) – more than apparel or hard luxury, the next two largest luxury categories. For the first time since 2007, the growth of high-end shoes surpassed that of leather goods, emerging as an evident status symbol, albeit at a lower ticket price than other leather goods. At the opposite end, hard luxury, specifically watches took a hit from the downturn in Asia. In response, many watchmakers cut production to sidestep the risk of over-supply.

Across all personal luxury categories, the retail channel is growing, weighting approximately 30 percent of the market. When it comes to a physical shopping experience, consumers prefer a monobrand environment – more than 50 percent of the market. Conversely, online, they love variety and assortment and prefer buying in a multi-brand e-environment.

In an interesting twist, Bain’s study found that many consumers are on the hunt for greater luxury value for their money. Mature consumers, who are capping their luxury budget and downgrading to more accessible brands, as well as mid-income, aspirational shoppers, are fostering the growth of upper premium brands and the second-hand market, which represented 16 billion € in 2014. Off-price channels, such as outlets, have also nearly doubled market penetration over the last three years, driven by more sophisticated store designs and customer service that replicates a full-price luxury environment.

“We are seeing strong polarization among luxury brands and the fast growth of an ‘Alternative to luxury’ segment – those upper premium brands ‘winking’ at luxury ones and promoting an image of status that exceeds that of their products. Recently, we have also witnessed a revamp of the second hand-market, fostered by an online revolution. While this market threatens new product sales, it is simultaneously turning luxury goods into durables with an increasingly defined re-sell price, thus increasing their value,” said Ms. D’Arpizio.

Over the next 10 years, Bain anticipates more significant changes in store for the luxury market. Not only will ‘Luxury 2025’ consumers be at the center of the customer experience; they will be the center of luxury itself – a critical part of the ideation, creation, and sales of luxury.

Bain & Company, a leading global business consulting firm, serves clients on issues of strategy, operations, technology, organization and mergers and acquisitions.  The firm was founded in 1973 on the principle that Bain consultants must measure their success by their clients' financial results. Bain clients have outperformed the stock market 4 to 1.  With 51 offices in 33 countries, Bain has worked with over 4,900 major multinational, private equity and other corporations across every economic sector.  Follow us on Twitter @BainMiddleEast.

About Bain in the Middle East

Bain & Company’s work in the Middle East spans multiple industries including Financial Services, Energy and Industrials, Public Sector, Telecommunications, Media & Technology, Consumer Goods & Retail, Private Equity and Sovereign Wealth Funds. Our clients are major listed companies, state-owned enterprises, government entities, financial investors and private or family-owned business. Our consultants have graduated from the best international and regional schools and bring extensive practical experience working in the region and beyond. We work seamlessly as part of the global network bringing the best of Bain’s industry and functional expertise to our clients.