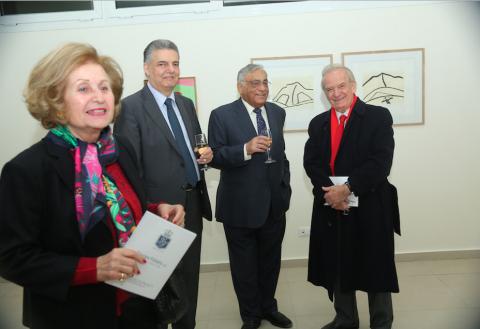 Artwork reflecting the strong relationship between the artists and the school 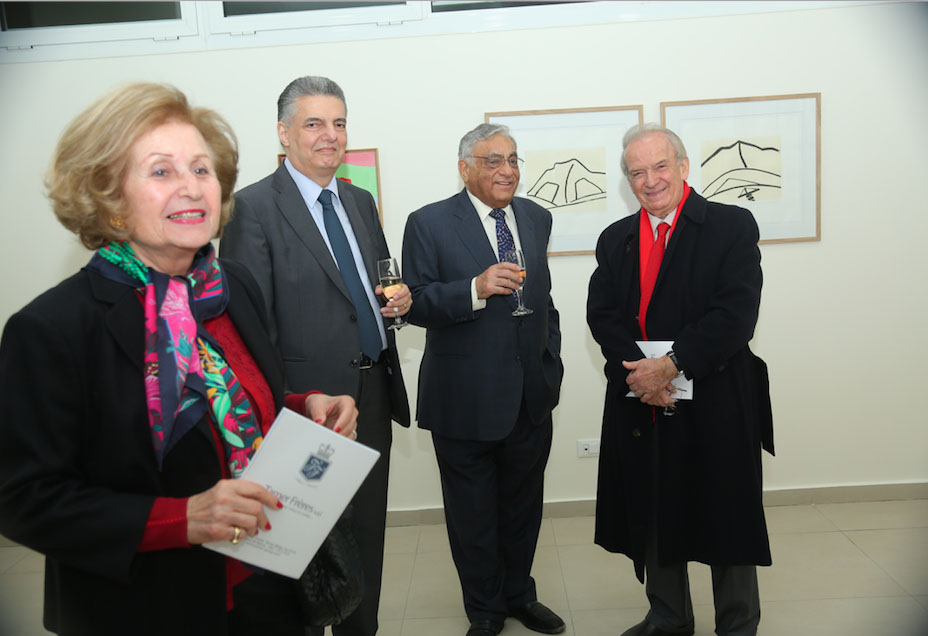 Ahliah School, Downtown Beirut, opened its Centennial Celebration Art exhibition: Five artists in one century, in the presence of the Minister of Education and Higher Education, MP Marwan Hamadeh and MP Atef Majdalani representing Prime Minister Saad Hariri, and three of the artists, Afaf Zurayk, Ayman and Said Baalbaki, joined by a host of art and culture lovers and media representatives. This exhibition will be open till March 4. The Centennial Celebrations of the school were launched in October 2016 by Vanessa Redgrave’s performance of “A World I loved: The Story of an Arab Woman,” based on a book written by Wadad Makdesi Cortas, principal of Ahliah (1934-75).

Minister of Education, Marwan Hamadeh conversed with the artists and the exhibition organizer, Mr. Saleh Barakat who showed him the art work. He then visited parts of the school. Mr. Hamadeh wrote: “Ahilah’s Centennial is the tale of Beirut, the tale of Lebanon! I’ve visited the school decades ago and today I come back as Minister of Education, after it regained its place and glory. Witnessing the excellence of the school, like I always knew it, is reaffirmed by this visit, where I discovered the greatness of education in Lebanon when it maintains values and standards that transformed our homeland into a beacon of cultural and knowledge throughout history. We congratulate ourselves and the school that radiates in us the sense of pure belonging.” 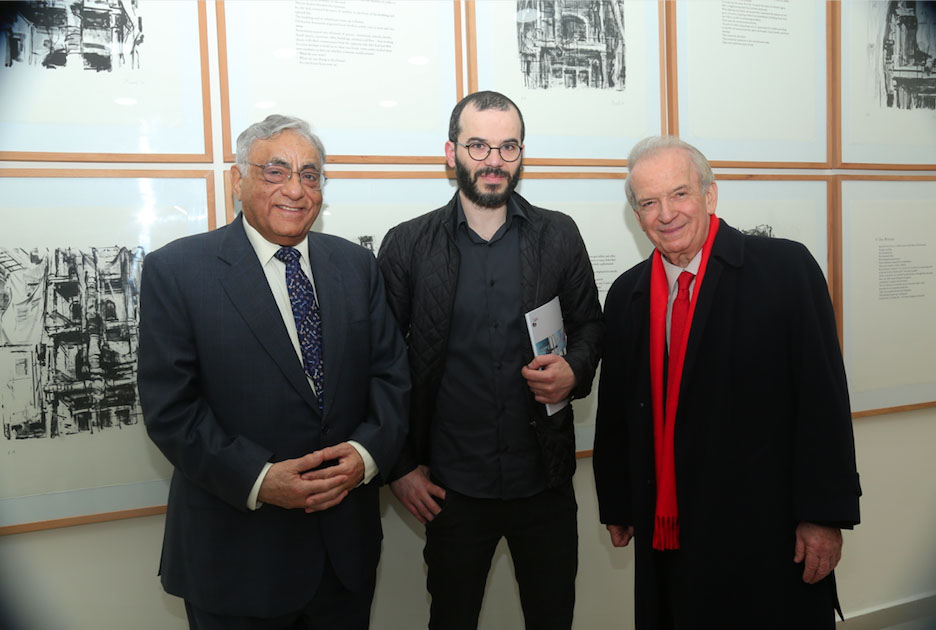 The exhibition includes the artwork of four artists who graduated from Ahliah and one that taught there. In coordination with Mr. Saleh Barakat, the artwork of the artist Saloua Rawda Choucair was exhibited. She was the first abstract artist in Lebanon and she graduated from Ahliah School in the 1930s. She learned to draw and paint under the tutelage of Omar Onsi and Moustafa Farroukh, prominent Lebanese artists who adopted impressionist and realist styles.  Etel Adnan, is a Lebanese - American poet, essayist, and visual artist who has been described as “…The most celebrated and accomplished Arab-American author writing today”. And about Ahliah, she said: “Those two years at Ahliah left a permanent impact on my life”. Her exhibited art is partly donated by her to the school and partly on loan, thanks to the generosity of AISHTI and Andree Sfeir-Semler. 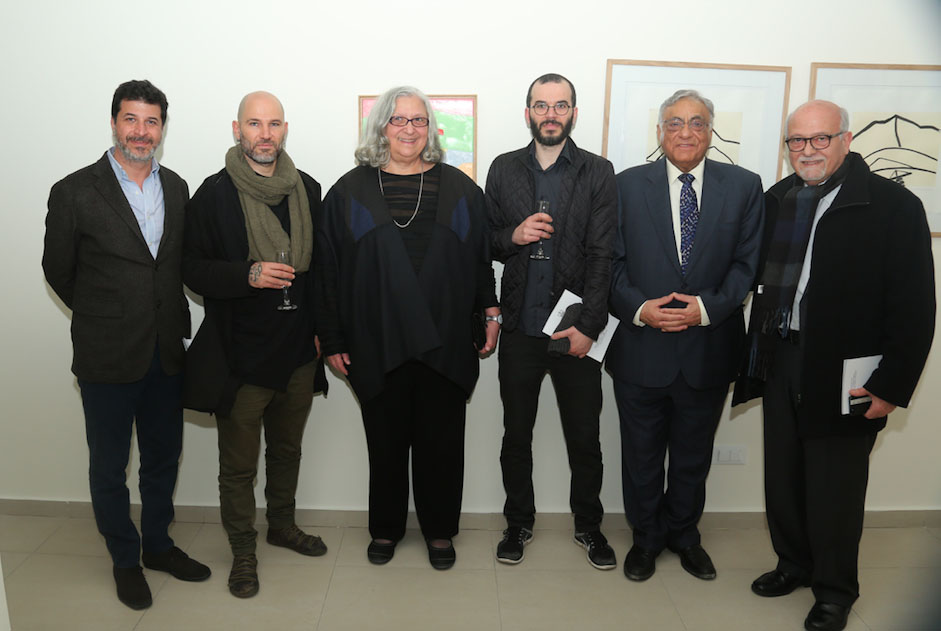 The artwork of Afaf Zurayk who graduated from Ahliah in 1966 was also exhibited. Zurayk’s paintings are exhibited in many galleries and museums like the permanent collections of the Sursock Museum, Beirut, Lebanon, and Darat al Funun in Amman, Jordan. During the exhibition, Zurayk will give a presentation about her art in general and the paintings exhibited in particular, on Wednesday March 1, 2017.

As for Ayman Baalbaki, he graduated from Ahliah in 1994, and his large-scale expressionist portraits of fighters made him one of the most popular young Arab artists. Born the year the civil war started in Lebanon, Ayman Baalbaki draws most of his inspiration from these events. His paintings often depict destroyed buildings, sometimes occupied by refugees who were forced to leave their homes during the fighting. His brother, Said Baalbaki, who graduated also in 1994 from Ahliah, draws much of his inspiration from childhood memories of growing up in the Lebanese Civil War and Israeli occupation. 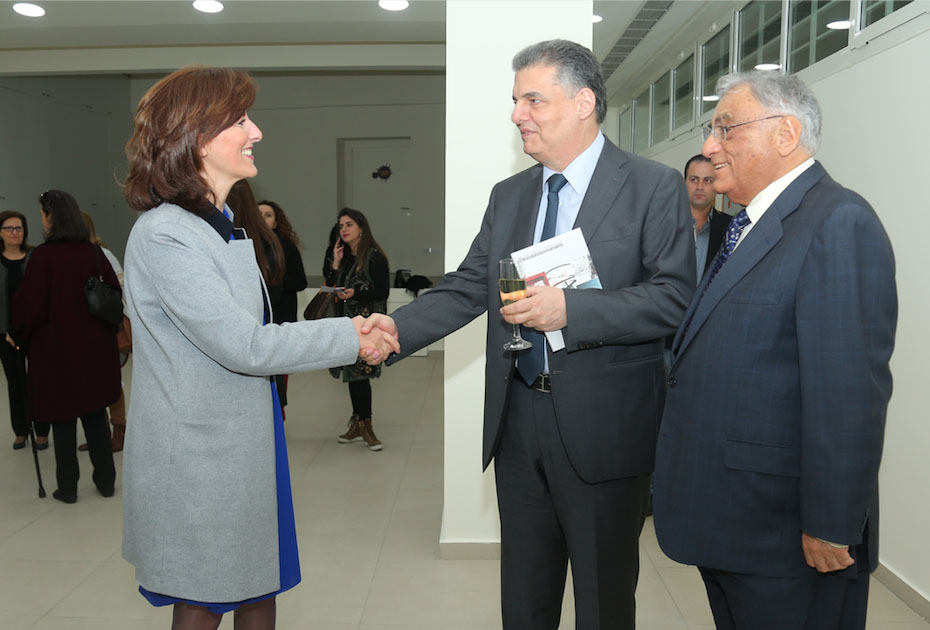 Dr. Nadim Cortas, Chairman of the Board of Trustees of Ahliah School, said: “Today, Ahliah School pays tribute to artists who once sat on its benches and then launched themselves into the world, carrying the heritage of their school and their homeland, to become renowned international artists. Our exhibition is a testimony of the special attention and encouragement that Ahliah gives to its students throughout its history, which makes them gain self-confidence, express their potentials and excel.”

During the last decade, Ahliah achieved a major transformation in its education programs and facility to meet the demands of the 21st century and its successes earned it dual accreditation by the top education bodies in the USA and Europe respectively: The New England Association of Schools and Colleges (NEASC) and the Council of International Schools (CIS).