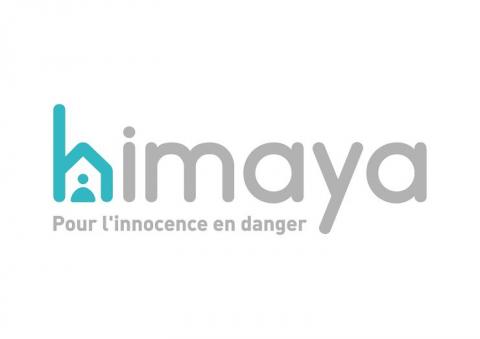 While the month of April is ‘National Child Abuse Prevention Month’, himaya shared its statistics on Lebanon’s child abuse in an act to raise awareness and get the community engaged in preventing child abuse from occurring. Child abuse cases varied from sexual and physical to psychological and neglect all being common and harmful.   In Lebanon and according to the cases detected and followed up by himaya, 711 cases were documented during 2014.The cases were aged between one year and 18 years old. The statistics showed that boys are as much victims of abuse as girls. A higher percentage of cases were reported in Bekaa, the North and Mount Lebanon compared to Beirut and the South. Nearly 50% of these cases were reported by the parents or local and international NGOs. Psychological abuse was detected in half of the cases, whereas sexual abuse was the least prevalent. This does not necessarily mean that sexual abuse is rare, but it rather indicates that sexual and physical abuse are still taboo and that feelings of shame and fear make it harder for people to report such cases.   “We took this month as an opportunity to reveal the reality of child abuse in Lebanon and to say that time has come to start the journey in putting this to an end,” said Lama Yazbeck, Executive Director of himaya. “Numbers are shocking and this is only what has been reported to us or cases we have attended to when highlighted by media. There are more out there, and our activities during April is just the start of a two years campaign to tell the public more about himaya and why we exist. To the abused children I say speak up as we are here for you, and to parents, you are not alone. We are here to support you,” added Ms. Yazbeck.   Childhood definition as stated by UNICEF is the time in life where children grow strong and confident with the love and encouragement of their family and an extended community of caring adults. It is a precious time in which children should live free from fear, safe from violence and protected from abuse and exploitation.   As for child abuse, the Journal of Child Abuse and Neglect describes it as any recent act or failure to act on the part of a parent or caretaker which results in death, serious physical or emotional harm, sexual abuse or exploitation, an act or failure to act which presents an imminent risk of serious harm. “Unfortunately some traits in our culture and social behavior let people think that what they are doing is right and builds the men and women of the future. In some cases, they might be building the abuser of the future,” added Ms. Yazbeck.   This month and throughout the year, himaya encourages all individuals and organizations to play a role in making the Lebanese community a safer place for children and families. By ensuring that parents have the knowledge, skills, and resources they need to care for their children, we can help promote children’s social and emotional well-being and prevent child maltreatment within families and communities. “April is a time to celebrate the important role that communities play in protecting children,” said Ms. Yazbeck. “Everyone’s participation is critical. Focusing on ways to build and promote the protective factors, in every interaction with children and families, is the best thing our community can do to prevent child mistreatment and promote optimal child development.”   Research shows that when parents possess six protective factors, the risk for neglect and abuse diminish and optimal outcomes for children, youth and families are promoted. The six factors are, nurturing and attachment, knowledge of parenting and of child and youth development, parental connections, concrete support for parents, and social and emotional developmental well- being.   With every case reported, a thorough investigation is launched by himaya’s social workers who coordinate closely with the psychologist before setting objectives to reach with the child and in some cases the parents too. The team’s mission is not only limited to providing psycho-social support. In the most at-risk cases, they can work closely with the judges to open a protection file and recommend referring the child to a safe shelter if needed. “We would like to extend a special thanks to each and every supporter, volunteer and partner for their continuous loyalty, quality time and generous contribution, after all, our work is very much depending on their presence and their endless support, and this campaign wouldn’t be possible or effective if they weren’t part of it” stated Ms. Yazbeck.