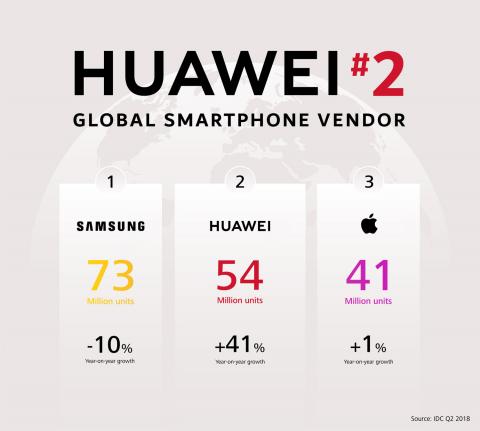 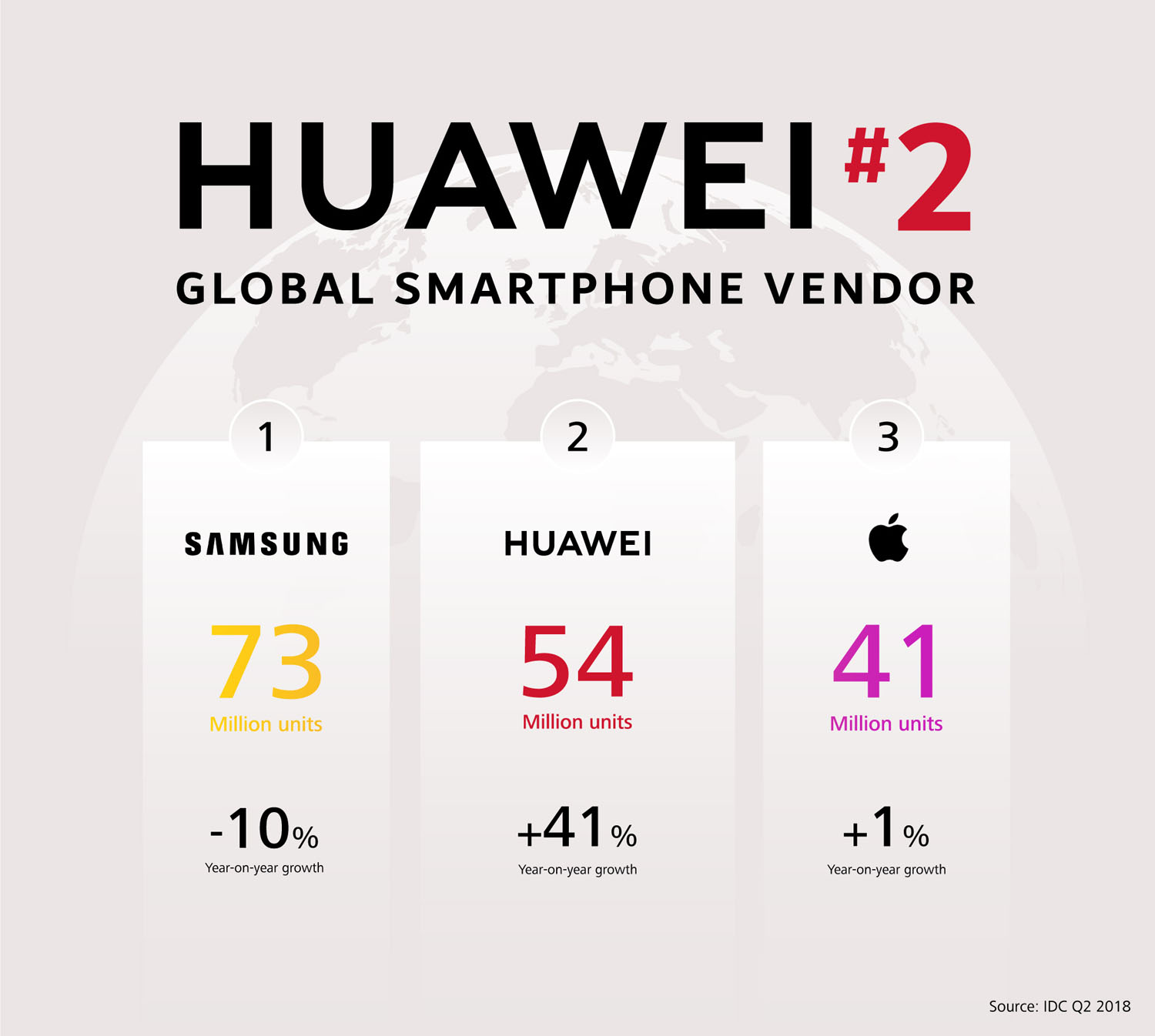 Huawei recorded 41% year-on-year growth leaping ahead of Samsung and Apple.

The entry of Huawei in the second position marks a turning point for the smartphone industry as it delivered shipments of 54.2 million units with a record high market share of 15.8%. Huawei has recorded 41% year-on-year growth leaping ahead of the other two brands globally during the same period last year.

It is also important to highlight that Huawei has also grabbed the second spot ahead of Apple in the Middle East and Africa. According to the GFK May 2018 report Huawei CBG market share in Middle East and Africa is 21%, an increase of 31.25% when compared with the brand’s market share in December 2017. Huawei’s market share across countries in the MEA region exceeds 20%, including Levant at 37.4%, Oman at 30%, Saudi Arabia at 27%, Iraq at 25%, Egypt at 24%, Pakistan at 22.2% and the UAE at 20%.

Huawei is leading the innovation space in the smartphone industry.  It is important to highlight that the company is the 6th biggest spender in R&D globally, with $45 billion spent over the last 10 years and a whopping $12 billion last year only.

Its recently launched nova 3 series is also a testament of Huawei’s strength in the premium mid-range market. HUAWEI nova 3 and HUAWEI nova 3i feature a revolutionary 24MP + 2MP dual AI front camera that is designed to provide a new AI Selfie experience, by distinguishing people from backgrounds and apply AI beautification for optimum results.

Huawei continues to showcase its commitment to innovation and customer service with the release of its "GPU Turbo" technology that allows users to effortlessly upgrade their devices and enjoy much-improved devices for an ultimate gaming experience at no cost.

The company recently announced that it was placed in Forbes' Most Valuable Brands for the second year in the row and is the only Chinese company on the list for 2018.