Here are the awards that Huawei has received to-date: 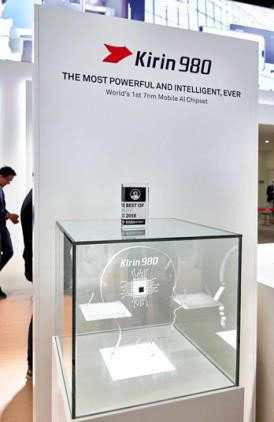 Android Authority presented the Kirin 980 with a “Best of IFA 2018” award. The new high-end chipset was praised for its impressive performance and energy efficiency. Android Authority is a global publication dedicated to the world’s most popular operating system. It receives over 50 million readers monthly. 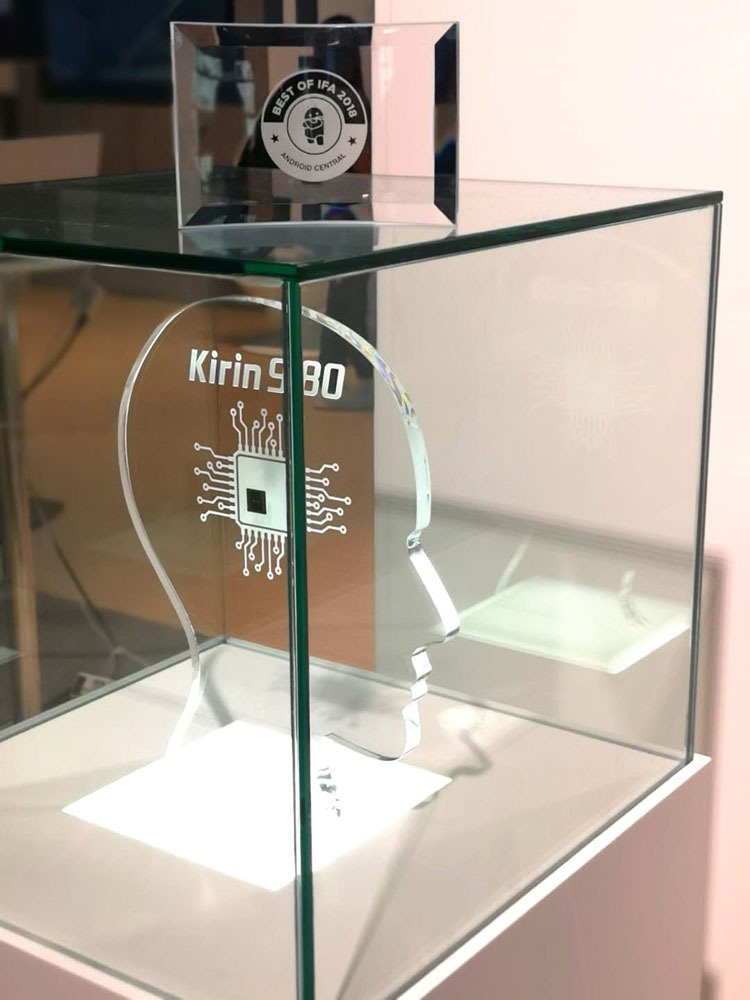 Android Central presented the Kirin 980 with a “Best of IFA 2018” award. The chipset was praised for its 7nm manufacturing process and new dual NPU which results in greater performance and energy efficiency. Android Central is a leading Android community that attracts 27.2 million monthly visitors. 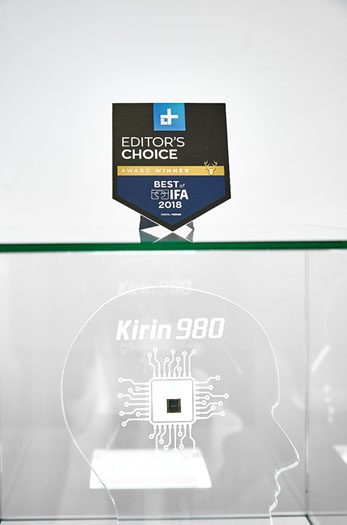 Digital Trends awarded the Kirin 980 with an “Editor’s Choice” and “Best of IFA 2018” accolade. The chipset was praised for being a significant improvement over the already impressive Kirin 970 and being “so fast, it can probably slow down time.”  Digital Trends is a premier source for technology news and product reviews. It attracts over 25 million readers monthly. 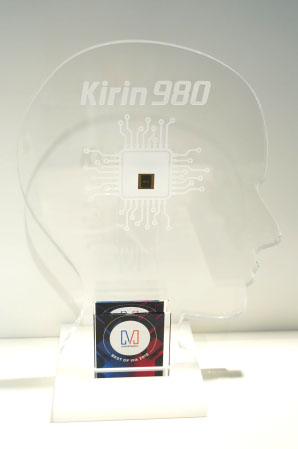 Expert Reviews gave the Kirin 980 a “Best of IFA 2018” award for being the world’s first full SoC manufactured on a 7nm manufacturing process and the improvements it brings to photo and video capture. Expert Reviews provides authoritative and independent technology reviews based on in-depth testing to help consumers find the perfect products to buy. It attracts seven million unique monthly visitors. 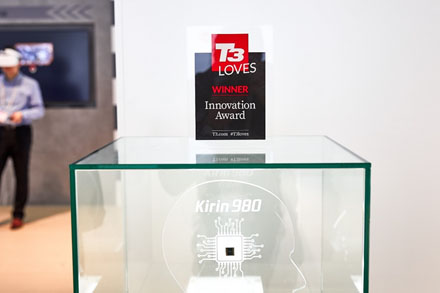 T3 presented Huawei with an “Innovation Award” for the Kirin 980. It commented that improvements to processing power and efficiency have resulted in faster phones, with better battery life and improved user experiences. T3 covers the latest gadget and technology news, reviews, buyer's guides and features for smartphones, laptops, audio, gaming, fitness and more. It attracts seven million unique monthly visitors. 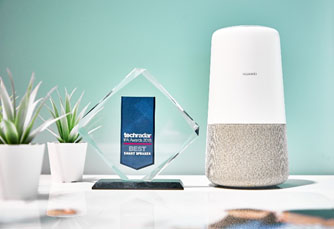 TechRadar recognized the HUAWEI AI Cube with its “Best Smart Speaker” award for its ability to “answer questions, control smart home devices, play music and access a library of over 50,000 skills.” TechRadar is an online publication focused on technology, with news and reviews of tech products, especially gadgets. It attracts 47.3 million unique monthly readers. 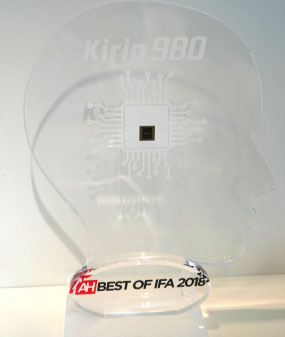 Android Headlines recognized Kirin 980 with a “Best of IFA 2018” award for how the chipset “rethinks architecture in the name of efficiency.” The chipset was also praised for having “more options for handling tasks based on how demanding they are without wasting energy.” Android Headlines is a global website dedicated to Android news and reviews about technology, as well as business topics. It reaches 3.83 million readers. 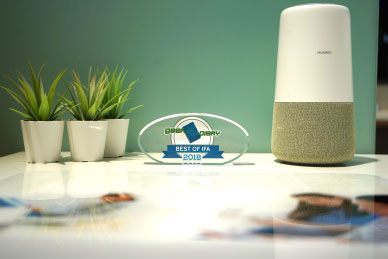 Gear Diary gave the HUAWEI AI Cube a “Best of IFA 2018” award, thanks to its “excellent sound, with an aluminum diaphragm and a 400ml sound cavity.” The outlet told readers to “expect lots of connectivity options as well as solid sound.” Gear Diary is US-based website that provides its users with easy-to-understand information about technology. It reaches 149,840 monthly readers. 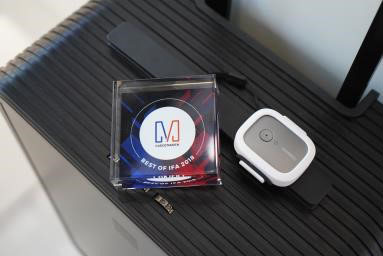 GadgetMatch picked the HUAWEI Locator as a “Best of IFA 2018” product, praising its support for “long operation and standby times” and its compatibility with major global navigation satellite system standards.

GadgetMatch also recognized Kirin 980 with a “Best of IFA 2018” award, stating that “Huawei takes artificial intelligence seriously in its products” and highlighting its Dual-NPU for improved AI capabilities. 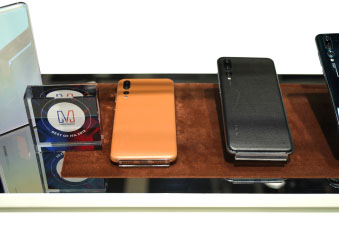 GadgetMatch also named the HUAWEI P20 Pro leather variant as a “Best of IFA 2018” for its “simplicity and texture,” stating that the phone “would look good with anything.” GadgetMatch is a leading multi-platform media company providing technology news, reviews and video content to help consumers find the right devices to suit their needs. It has 309,673 monthly readers. 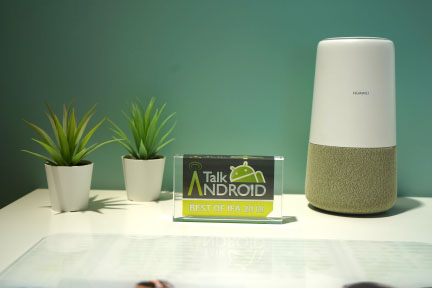 Talk Android included the HUAWEI AI Cube in its “Best of IFA 2018” list for its “broad compatibility with other smart and connected devices“ and excellent sound quality. Talk Android is a US-based website dedicated to reporting on the latest news about Google and the Android platform. It has over 400,000 monthly visitors. 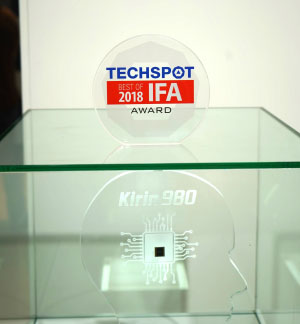 TechSpot awarded Kirin 980 with a “Best of IFA 2018” award, praising it for being “stunningly small” while “packing an array of impressive features.” Techspot is a leading computer and technology publication read daily by tech enthusiasts, IT decision makers and gamers. It has over six million monthly readers. 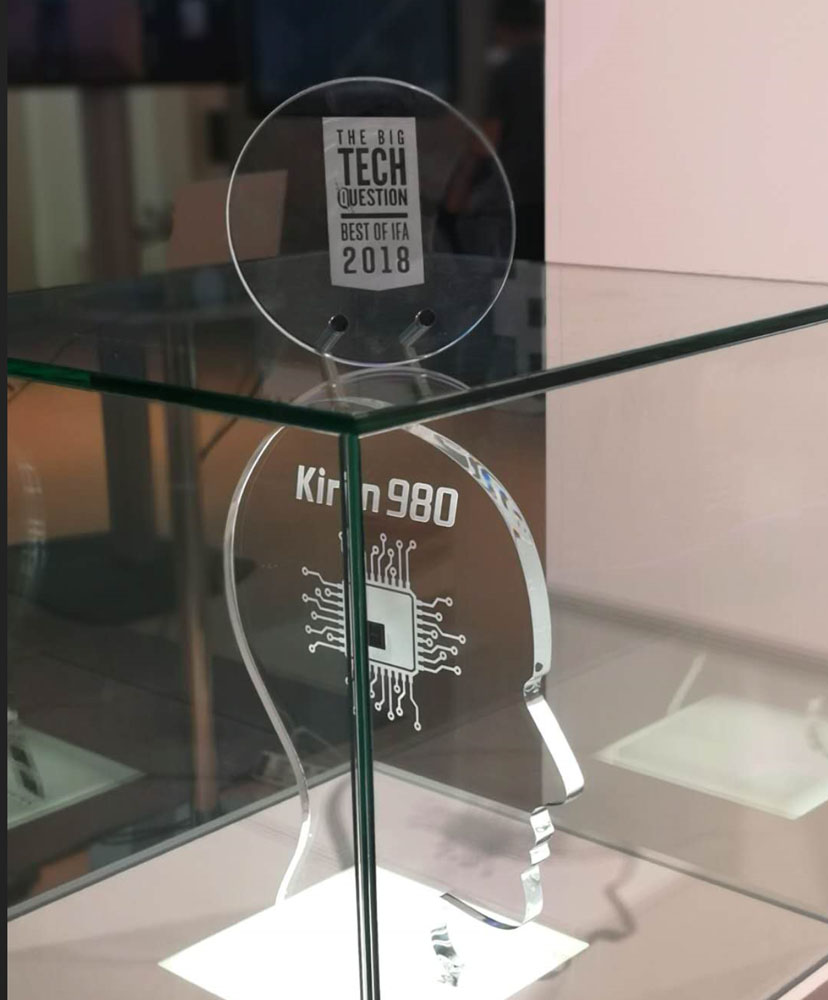 The Big Tech Question gave the Kirin 980 a “Best of IFA 2018” award. The chipset was praised for being not only faster than competitors but also solving real world problems through AI such as improve photography and videography. 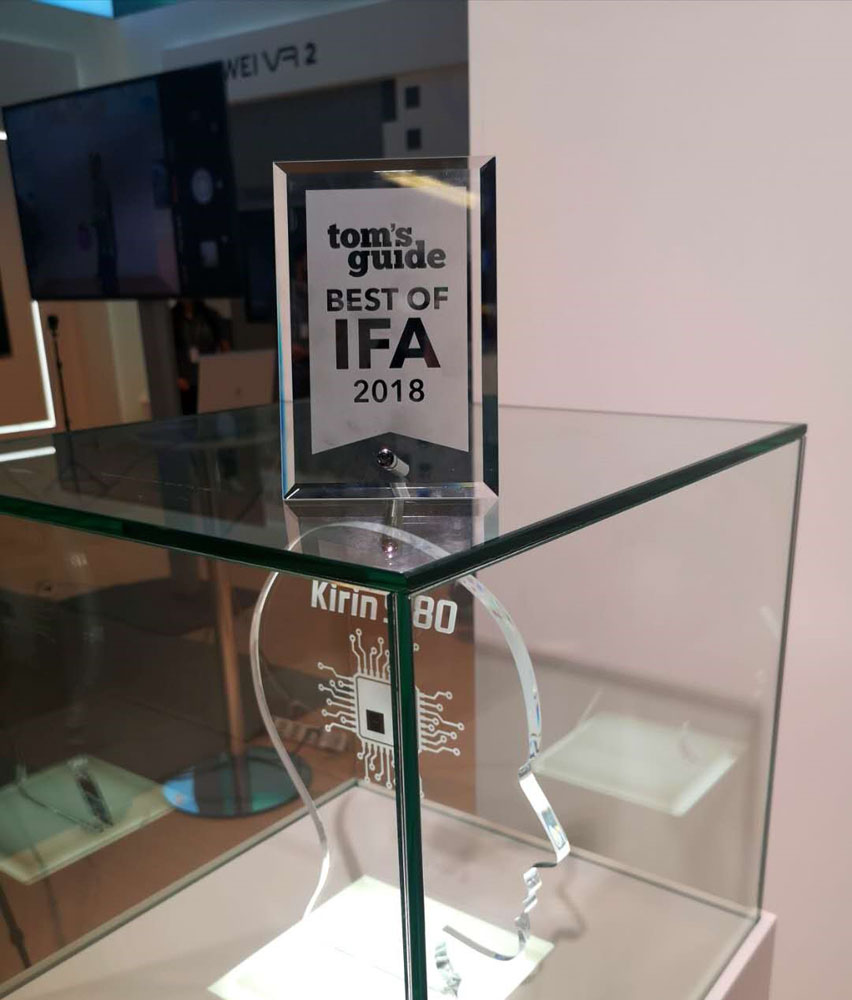 Tom’s Guide awarded the Kirin 980 with a “Best of IFA 2018” accolade. The new chipset was noted for being the world’s first 7nm processor, which translates into improved performance and power efficiency compared to devices using competitor chipsets based on a 10nm process. Tom’s Guide is a website offering unbiased reviews, buyer’s guides, tutorials and more. It has 46.11 million readers. 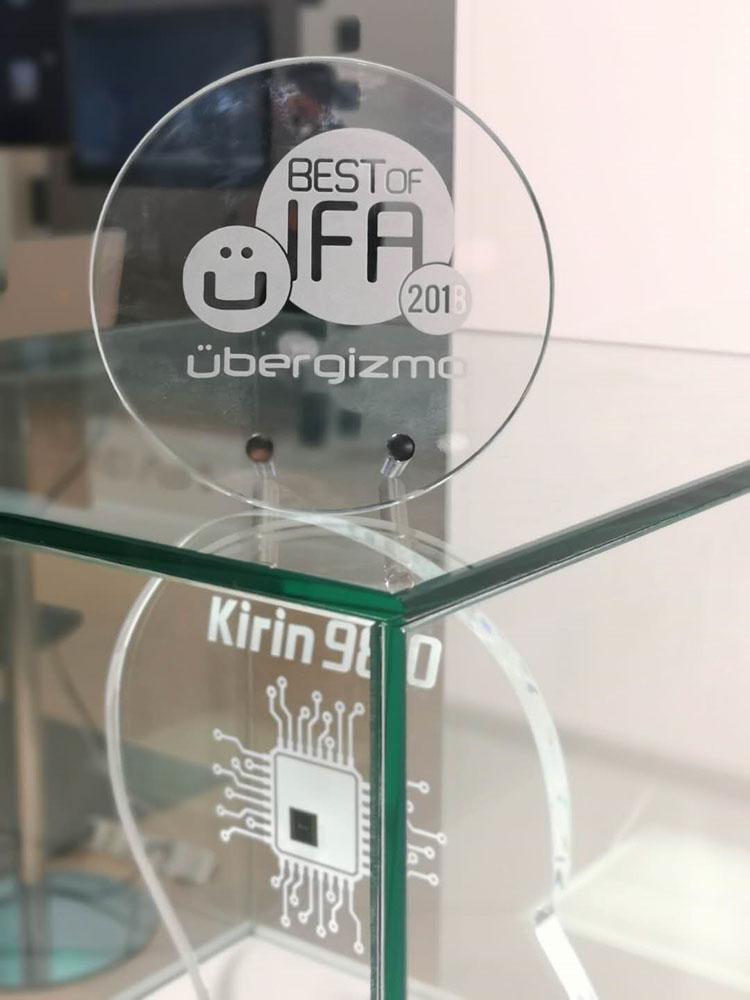 Ubergizmo presented a “Best of IFA 2018” award to the Kirin 980, acknowledging the processor’s impressive speed when compared to high-end competitors and support for high-speed LTE CAT 21. Ubergizmo is a top technology blog with 5.1 monthly visitors. 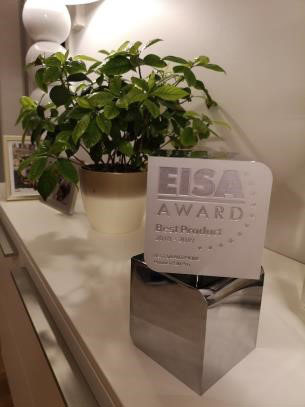 At IFA 2018, Huawei was presented with an award from the European Image and Sound Association (EISA). The HUAWEI P20 Pro was named "EISA Best Smartphone 2018 - 2019" in recognition of Huawei's commitment to quality, design and performance, as well as the company's long track record of introducing stylish and powerful devices.