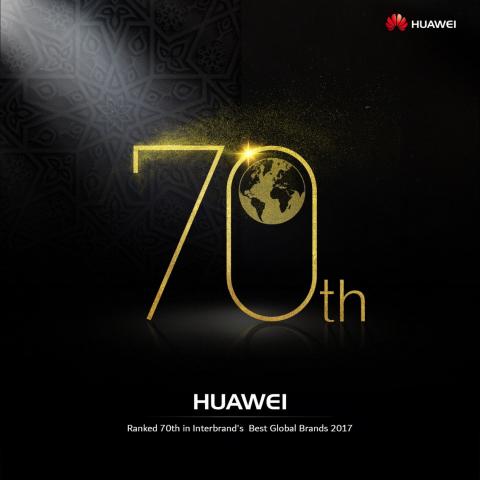 Continued investment in R&D, steady growth and breakthrough consumer products supports climb in rankings for third year in a row 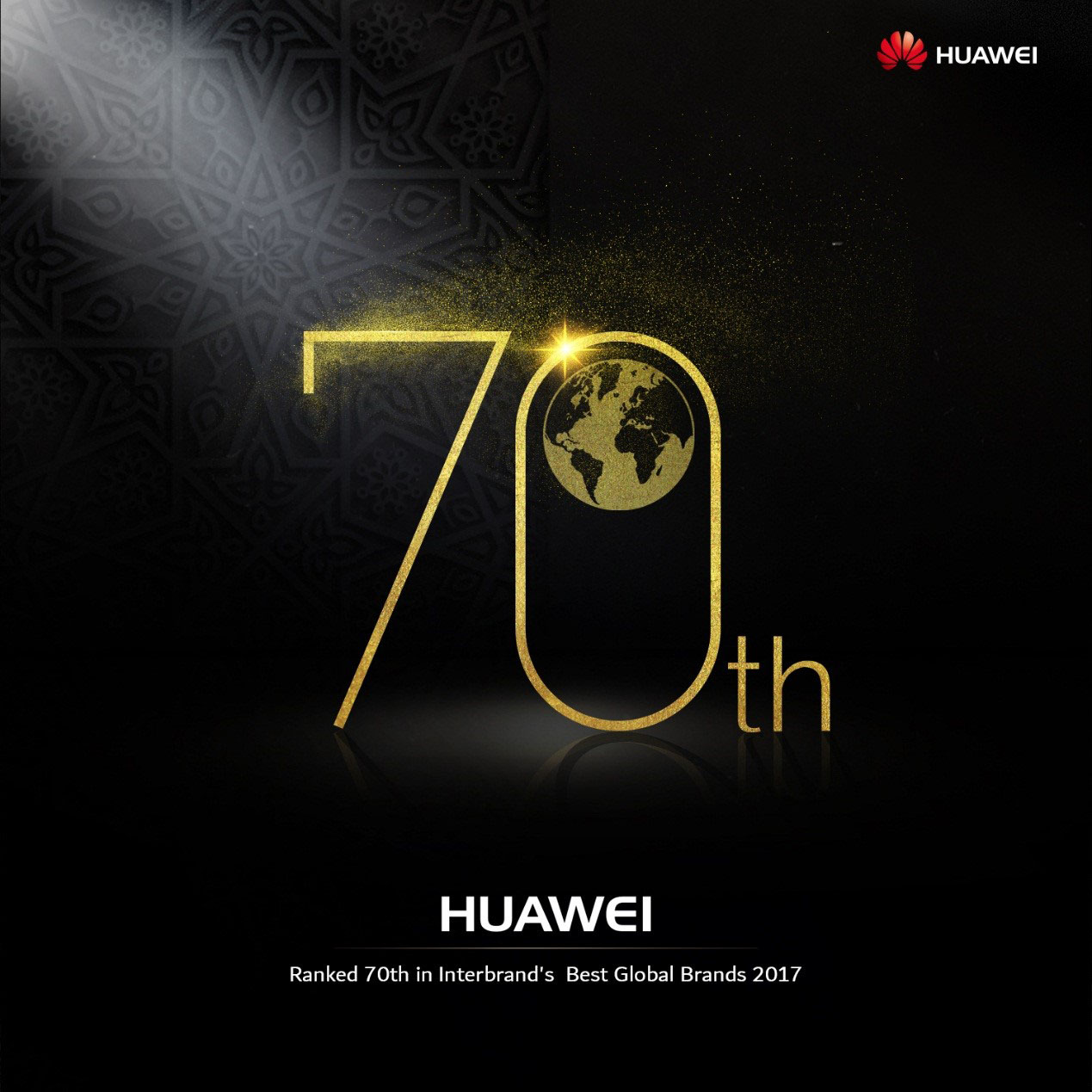 The world's leading brand consulting firm Interbrand, has announced its 2017 Best Global Brands Report and confirmed Huawei’s move to number 70 –two spots up from its ranking in 2016. Brand valued at approximately USD $6.676 billion; Huawei has grown by 14 percent over the past year.

This is the third consecutive year where Huawei has climbed Interbrand’s list, following its debut as the first mainland Chinese brand to be recognized as a Best Global Brand in 2014.

Founded in 1974, Interbrand is the world's largest integrated brand consultancy firm with a customer base encompassing approximately two-thirds of Fortune 100 companies. Its annual ‘Best Brands Ranking’ is highly regarded around the world and is commonly used as an indicator of global brand value. 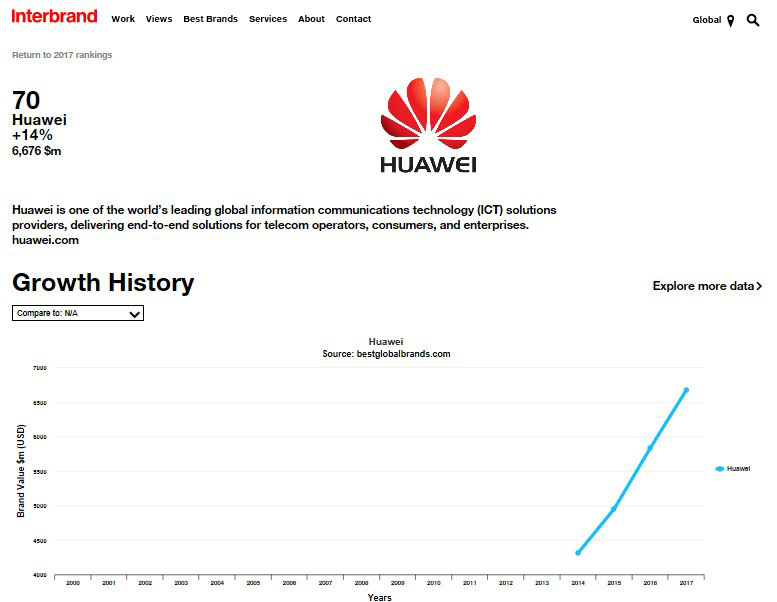 Technology brands continue to dominate Interbrand’s Best Global Brands Reports this year, holding the greatest proportion of the Top 100 rankings. As a technology company committed to excellence in research and development, Huawei’s continued recognition in Interbrand’s rankings is testament to its technological leadership and growing global influence.

According to Interbrand, Huawei is accelerating global digital transformations and building a better-connected world by creating enhanced networks. This has contributed to rapid growth of 14 percent in brand value and further highlights the strength of the world-wide company.

Huawei’s brand value continues to increase, largely due to steady performance growth and its breakthrough into the consumer electronics market. In the first half of 2017, Huawei’s smartphone shipments rose to 70.01 million, delivering a year-on-year increase of 20.6 percent – outperforming the industry average. Huawei’s premium flagship HUAWEI P and HUAWEI Mate smartphone series has become increasingly popular around the world, strengthening its influence in high-end markets. 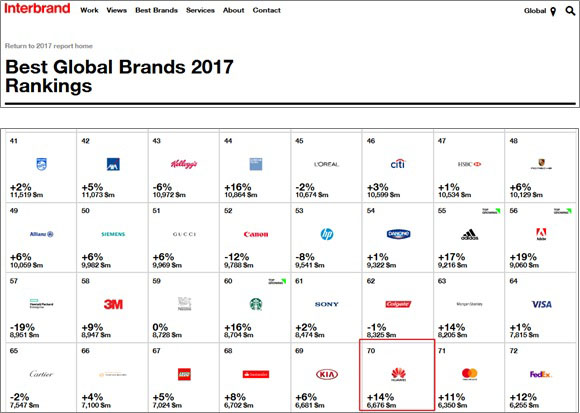 According to industry analysts IDC, shipment volumes of Huawei smartphones made it the largest manufacturer in China and third largest worldwide in Q2 2017. Huawei’s smartphone global market share has also grown to 11.3 percent, up from 9.8 percent over the same period last year – placing the company within 1 percent of Apple.

In addition to its range of smartphones, Huawei also introduced a trio of new MateBook PC products, combining stylish and portable design with powerful performance. Since its launch, the new HUAWEI MateBook range has received significant praise and recognition from media and consumers alike.

Huawei continues to be recognised by numerous esteemed institutions and included in the world's most respected brand rankings lists. In the latest Fortune 500, Huawei was placed in the Top 100 list for the first time, leaping from 129 to 83. Moreover, the company was named as the only Chinese brand in Forbes’ most valuable global brands list in 2017.