The heart of powerful documentary lies in the art of its honest structure, Qumra Master Gianfranco Rosi tells Qumra delegates 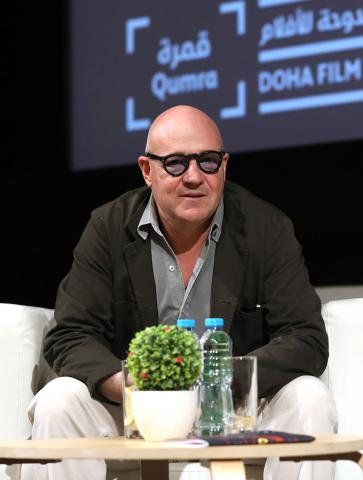 Rosi’s next project, Notturno, a look at night life in the Middle East ‘explores how borders have changed the destiny of people 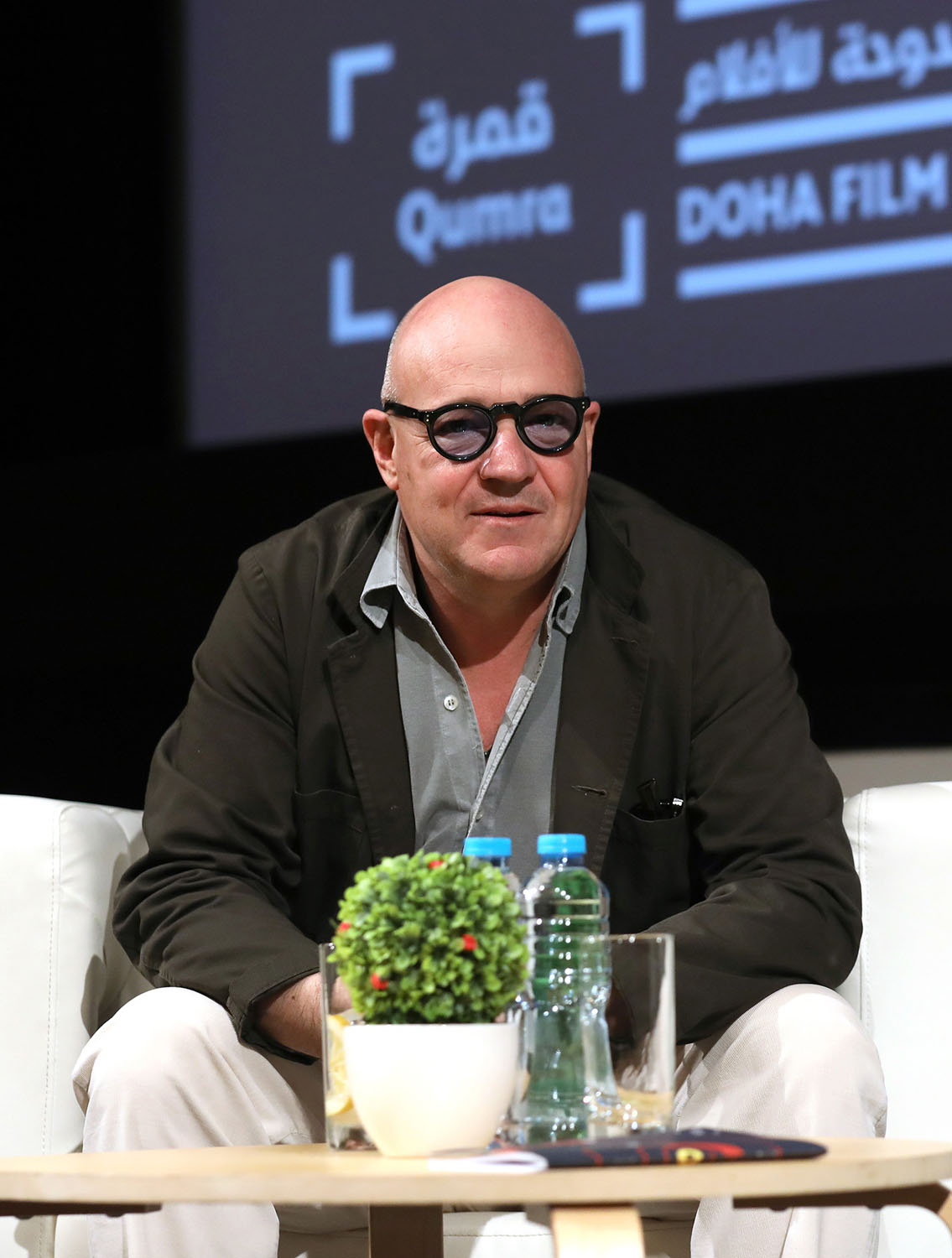 Qumra Master Gianfranco Rosi, the only documentary director to win the Berlinale Golden Bear, is normally reticent about discussing his ‘next’ project. That is not only because his approach to documentary making is to evaluate any given subject with the most minimal pre-formed opinion but also because he needs to find that ‘honest structure’ of the tale before he can commence work.

At the fourth Qumra, the annual industry event by the Doha Film Institute which aims to nurture the skills and networking opportunities of first- and second-time filmmakers from around the world, he was a trifle more open about his next work, Notturno.

A peak into the night life in the Middle East, Notturno also marks Rosi’s first documentary in the region, having taken his camera to India, USA, Rome and the island of Lampedusa, winning acclaim along the way. With the new documentary, he plans to take a closer look at ‘borders betrayed by history’ and how ‘borders have changed the destiny of people’. 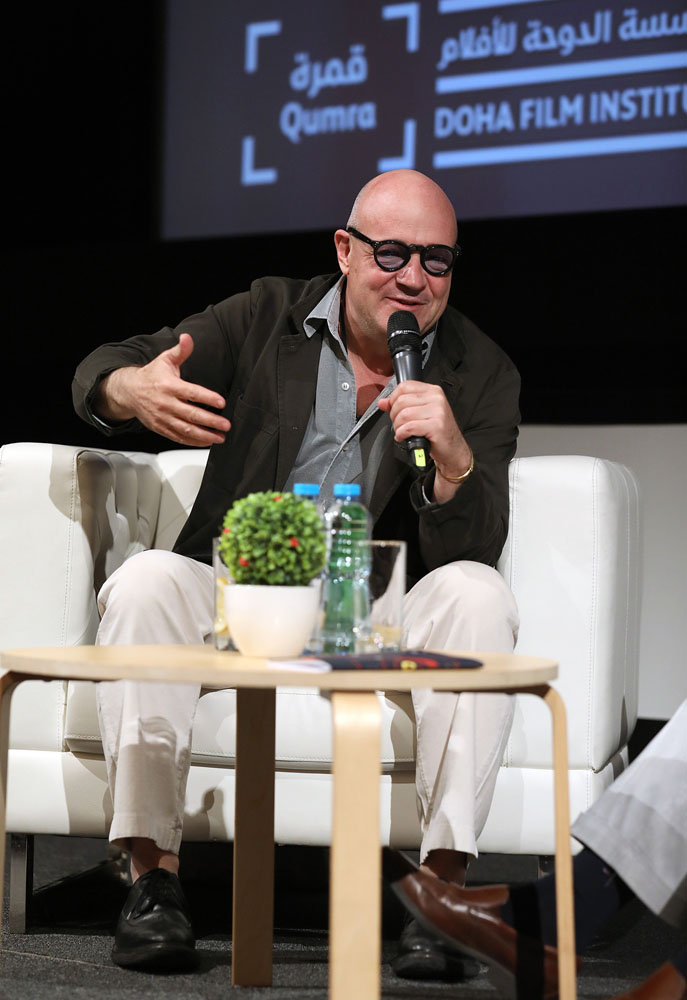 In the subjects he chooses and how he adapts them for the art of documentary, there is also a lesson for young filmmaking talents – a thumb-rule that would apply for features as well as documentaries and shorts. It is about the ‘idea of structure,’ which evolves as Rosi said, “by countering people and going deep into the reality to find that one narrative element” that will hold together the movie.

“Everything starts with an encounter,” said Rosi, in his Masterclass at Qumra. “It could be a place, a person. I don’t go deep initially,” but when he hits upon the narrative structure, he makes sure that “from the first frame to the last edit, I link everything to it.”

The power of the narration shines through in his works, profoundly so in Fire at Sea (Italy, France/2016), the winners of the Golden Bear at Berlin, and screened at Qumra in the Modern Masters segment. Set in the island of Lampedusa, the documentary examines the parallel lives of its inhabitants as well as those of the migrants who land there en route from Africa to Europe. It is a searing tale that portrays the migration crisis.

Much like his earlier works, it called for elaborate preparation – of blending into the backdrop. Rosi spent two months with the crew of the rescue boat, before he switched on the camera, as he did not want to intrude into the lives of the migrants or the rescuers, especially in such a dramatic moment as being saved from the high waters, he said.

Similar preparation had gone for his first project, Boatman, which won international acclaim. He was just out of New York University Film School (where he said he was more of an anarchist and outsider, not fitting into any team), and he travelled to India “not even knowing what I was looking for.” It was a journey of discovery in many ways. He spent two months “looking for some idea to shoot the first frame. It was total disaster,” said Rosi. 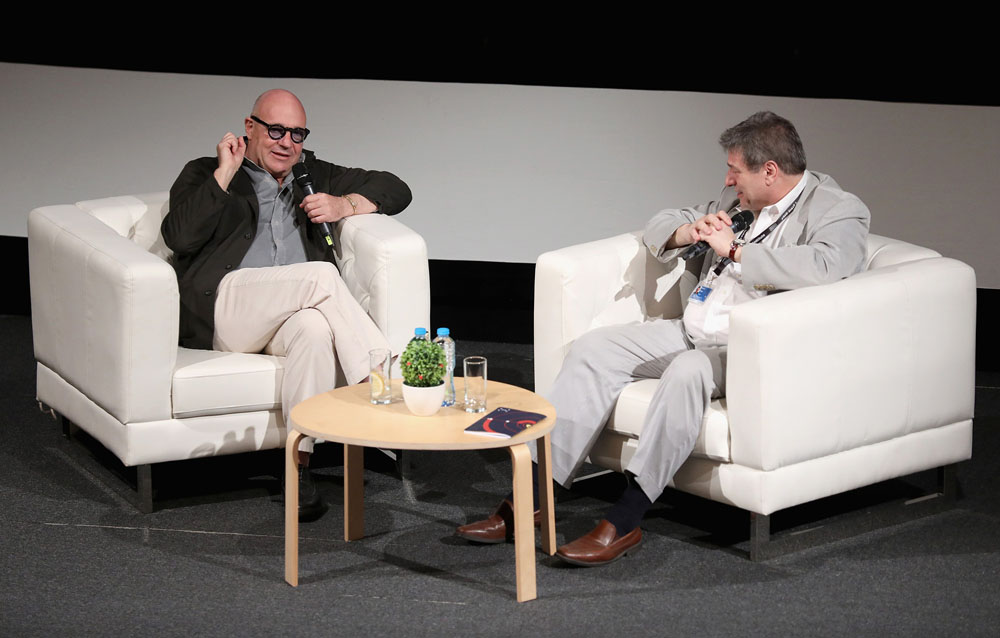 Director Gianfranco Rosi speaks on stage during his Masterclass on day two of Qumra, the fourth edition of the industry event by the Doha Film Institute dedicated to the development of emerging filmmakers

He decided then to explore Benares as a ‘tourist’ and came across Gopal, a boatman, whom he found “funny and charming, telling me many hundred stories”. That is how Boatman came along, the idea of portraying Benares through Gopal and from the eyes of a tourist.

It was also significant in shaping the cinematic idiom of Rosi, whereby he realised that “I must find a piece of truth about the subject.” To this day, he does not rely on notes while marking the final cuts but on his memory – of the emotional arc that a moment, place or person had in him at the time the documentary was being shot.

Finding ‘the truth in the subject’ has since then been a recurrent theme of Rosi’s works including for Below Sea Level, a quirky yet questioning work on the world of ‘down-on-their-luck individuals who live in a Californian desert, trying to get by one day at a time’.

His next El Sicario, Room 164, based on an article his friend Charles Bowden, about a hitman of the Mexican drug cartel, too called for intense preparation, but more painfully for Rosi, who had to hole himself up for four days in a room where the anonymous protagonist would turn up to share his story. 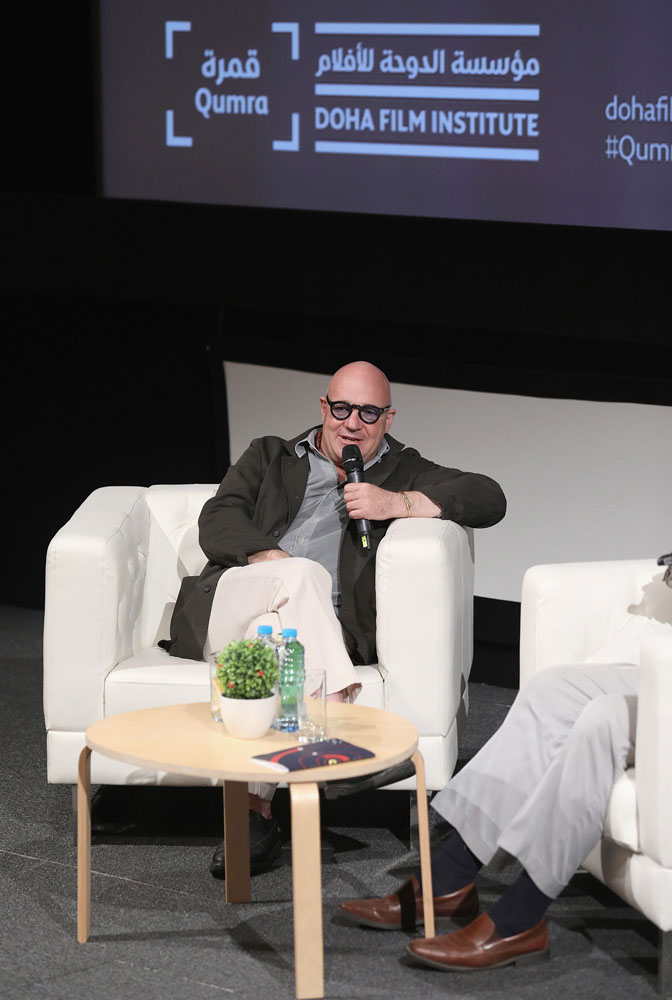 The biggest recognition for Rosi came for a project that, he said, he didn’t want to make. During a personal crisis, he was approached to make Sacro GRA, the first documentary to win the Golden Lion at the Venice Film Festival, about life along the ring-road highway that encircles Rome. “I had to force myself to find the spark until I realised that I was missing the core of truth.” He discovered that by envisioning all the action happening in an imaginary place.

By taking documentary to that level of fantasy and by working not to story-boards but to memories, Rosi creates a new dynamic for documentary making – and in doing so inspires the next generation of talents to tell their own stories with integrity.

Directors and Producers attached to thirty-four projects in development and post-production are selected to participate in the event. They will include a number of emerging filmmakers from Qatar, as well as recipients of funding from the Institute’s Grants Programme. The robust programme will feature industry meetings designed to assist with propelling projects to their next stages of development, including master classes, work-in-progress screenings, bespoke matchmaking sessions and tailored workshops with industry experts. This creative exchange will take place alongside a programme of public screenings curated with input from the Qumra Masters.

The event is organised in three main sections: The Qumra Master Classes are daily sessions; each led by one of the Masters. The participating filmmakers have full access to these sessions, which are also open to accredited industry guests to attend in an observational capacity.

The Qumra Meetings are a series of one-on-one meetings, workshops and tailored mentoring sessions between representatives from the selected projects and seasoned industry experts.

The Qumra Screenings are open to the public and feature projects funded by the Institute through its grants and co-financing initiatives, as well as a series of films chosen by the Qumra Masters accompanied by Q&A sessions.

The Arabic term ‘qumra’ is popularly said to be the origin of the word ‘camera’, and to have been used by the scientist, astronomer and mathematician Alhazen (Ibn al-Haytham, 965-c.1040 CE), whose work in optics laid out the principles of the camera obscura.

Doha Film Institute is an independent, not-for-profit cultural organisation. It supports the growth of the local film community through cultivating film appreciation, enhancing industry knowledge and contributing to the development of sustainable creative industries in Qatar. The Institute’s platforms include funding and production of local, regional and international films; skills-sharing and mentorship programmes; film screenings; the Ajyal Youth Film Festival; and Qumra. With culture, community, learning and entertainment at its foundation, the Institute is committed to supporting Qatar’s 2030 vision for the development of a knowledge-based economy.