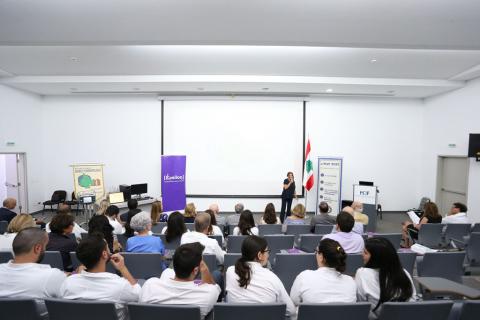 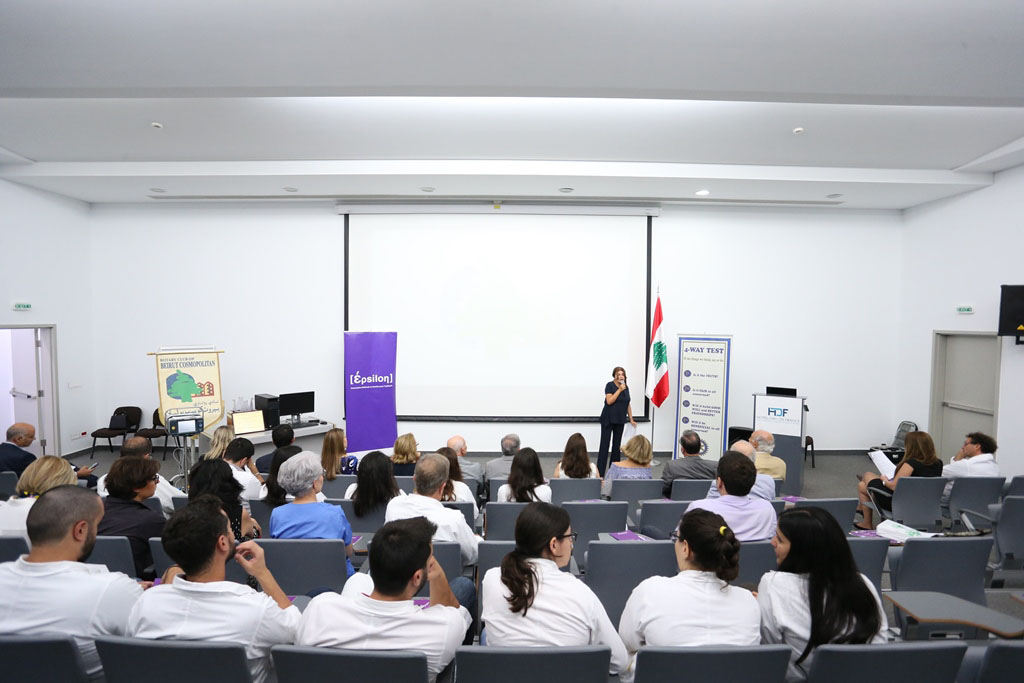 Hotel-Dieu de France celebrated the handover of two state of the art machines for neurosurgery. This equipment, characterized by its great precision, was donated by the Rotary Club Beirut Cosmopolitan through Epsilon association for epilepsy.

The president of Epsilon, Dr. Ronald Moussa, thanked Rotary for the initiative of providing the Neurosurgical department at Hotel-Dieu with this new medical equipment. In his speech, he explained that the first machine, the Bipolar Coagulation Generator, for the value of 30,000$, is a very precise tool for coagulation of vessels and tissues during brain surgery, without causing damage to surrounding normal structures (especially in epilepsy and tumor surgery). The second one is a stereotactic software from INOMED France, for a value of 50,000$. It allows the surgeon to guide a needle or an electrode deep inside the brain with very high accuracy. It is used in epilepsy, tumor surgeries and treatment of Parkinson disease.

“ Thanks to this donation, provided by many Rotary Clubs, and led by Mrs Hamam, done through Epsilon, Hotel-Dieu will remain one of the major hospitals in the field of Neurosurgery”, he observed. Finally, he assured that this collaboration will continue to grow in the future.

Mrs. Mona Jarudi, president of the Rotary Club Beirut Cosmopolitan, described the handover of these two machines to the hospital as a “very important” step towards the club’s efforts to “work for the community at large”. For her, this initiative “marks another successful collaboration between the club and Hotel-Dieu Hospital” and “paved the way for further collaborations in the future”.

As for Mrs. Marie-Therese Hamam, past president of the Rotary Club Beirut Cosmopolitan and leader of the project, she appreciated the efforts of all the Rotary clubs that generously contributed to the neurosurgery project at Hotel-Dieu de France, and insisted on the fact that “Rotary continues to be a tremendous source of support and inspiration which really makes a difference in the community and especially in vulnerable  population”.

To conclude, she thanked all the Rotary clubs in Lebanon and abroad that contributed to this project, especially “Rotary Club Sahel El Metn” and “Rotary Club Kesrouan”.

The Chief Operations officer at Hotel-Dieu Mr. Fadi Hindi, representing the president of the hospital Father Joseph Nassar, said that both machines “are capable of improving the quality of the patients’ treatments thanks to the high precision during surgeries.”

“We are celebrating the support towards people who are suffering, as well as the cooperation for attenuating this suffering”, he announced. Then, he saluted Epsilon’s efforts in taking care, since its creation in 2014, of Epilepsy patients “who suffer not only physically, but also morally because of how society looks at them and judges them, and because of the limping health system.”

In addition, he expressed his pride in the founders of Epsilon, for they are doctors at Hotel-Dieu, and saluted their efforts in helping and supporting people suffering from epilepsy. After that, he thanked Rotary for “the greatness of its mission” to “serve the other, regardless of his race, color and religion”.

He also reminded that from the very beginning, Hotel-Dieu always insisted on serving the patient “with the best medical, technical, technological and human care”.