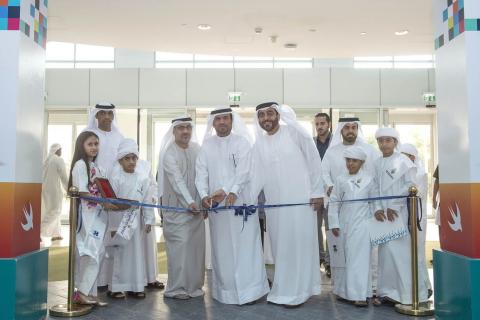 The Emirates Talent Association, in cooperation with Hamdan Bin Mohammed Smart University (HBMSU), recently hosted the graduation ceremony for 2018 students, including the awarding of winners of the Hackathon competition. The ‘Emirati Programmer’ is an important program, being the first national initiative of its kind in the UAE that qualifies young national talents which showcases innovativeness and excellence in programming. Top-level officials and decision makers, including a delegation from the Ministry of Community Development attended the ceremony. 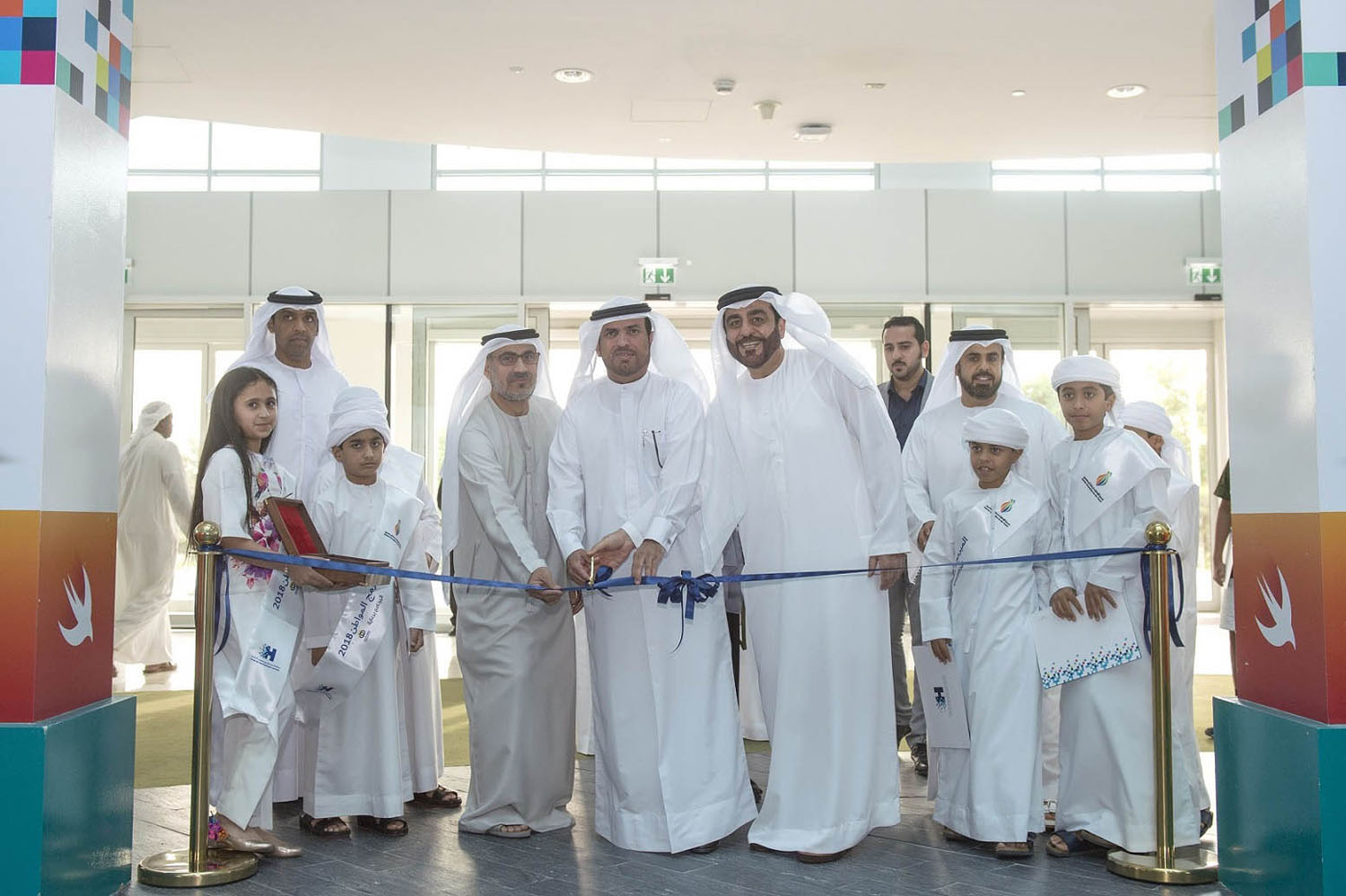 The second session of the ‘Emirati Programmer 2018’ witnessed the participation of 145 talented students, including 42 students from ‘Artificial Intelligence’ who also completed the first session of coding program, along with a new batch of 103 students in the field of games & applications programming. Twelve students reached the finals in the Hackathon, which strongly boosted the Emirati talents participating in the global competition in programming and Artificial Intelligence, aimed at positioning the UAE among the best in the world. The competition is a major step towards developing a generation of students equipped with education technology tools aimed at leading the nation in creating and exploring the future in line with the needs of the 21st century.

Four winners earned the title ‘Innovative Emirati Programmer’, who also won the gold medal in the four main categories namely ‘Artificial Intelligence’, ‘Games Development’, ‘Programming Robots’, and ‘Applications Development’. The winners were announced after the final round of the competition.

The winners were selected by an international jury panel led by experts from Microsoft, Google and Apple, as well as a jury from the government sector represented by prominent figures from Dubai Police, Community Development Authority, Roads and Transport Authority and Dubai Health Authority. The students' projects were based on specific criteria, including the ability to link creative programming and artificial intelligence’ to the UAE's national trends and initiatives, particularly in the development of a competitive knowledge and innovation-based economy. 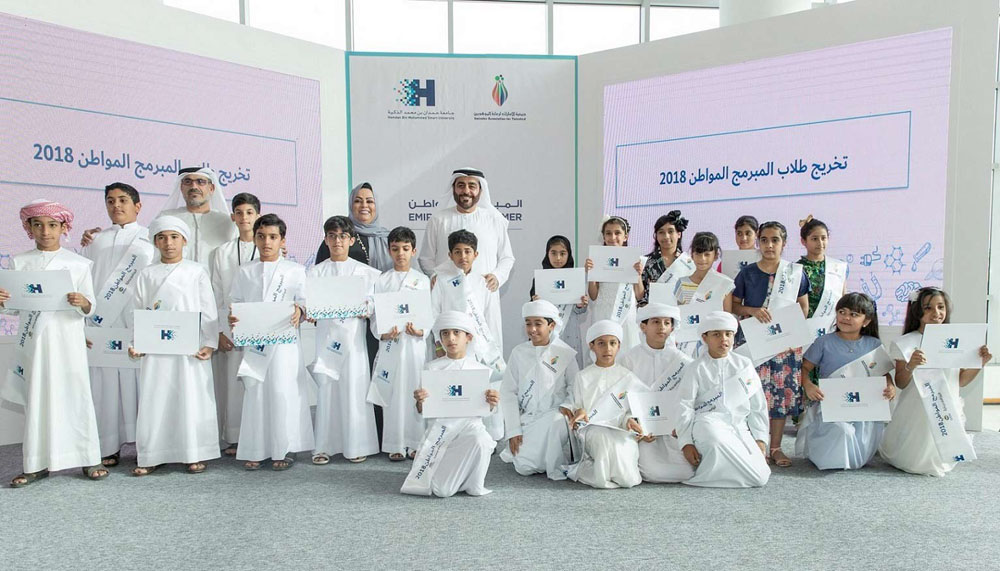 H.E. Lieutenant-General Dhahi Khalfan Tamim, Deputy Chairman of Police and General Security in Dubai, and Chairman the HBMSU’s University's Board of Governors, and Chairman of Emirates Talent Association, expressed his pride and appreciation for the young creatives who proved once again that they can earn the trust of the people and the wise leadership of UAE in building a prosperous future based on their abilities. This is reflected in the statement of His Highness Sheikh Mohammed bin Rashid Al Maktoum, Vice President and Prime Minister of the UAE and Ruler of Dubai, who said that “young people are the strength of nations and the hope to build a better tomorrow”. He highlighted the importance of the rewarding partnership between the Emirates Talent Association and HBMSU, which paves the way for the graduation of a generation equipped with science, knowledge and talent to contribute to national development and advancement based on solid foundations of AI and programming, which will be the cornerstone of services, key sectors and future infrastructure. He added: “The success of the Emirati Programmer is a strong demonstration of our commitment to equip our national human resources with complete skills aimed at accelerating our transition to a knowledge-based and competitive economy, which has been the main approach adopted by our nation to build a sustainable future for the present and future generations.”

Dr. Mansoor Al Awar, Chancellor of Hamdan Bin Mohammed Smart University (HBMSU), said: “We are proud to honor the achievements of a group of young talents who will join other creative minds in carrying forward the banner of excellence in shaping the future of the country. H.H. Sheikh Mohammed bin Rashid Al Maktoum, Vice President and Prime Minister of the UAE and Ruler of Dubai described the future, not as ‘awaited’, but ‘as we make it’.  Honoring the ‘Emirati Programmer’ is testament to the determination of the UAE youth to empower themselves by acquiring knowledge, technical skills and a culture of innovation, optimizing the tools of the modern age to translate the vision of UAE 2021 for making this country the best in the world.” 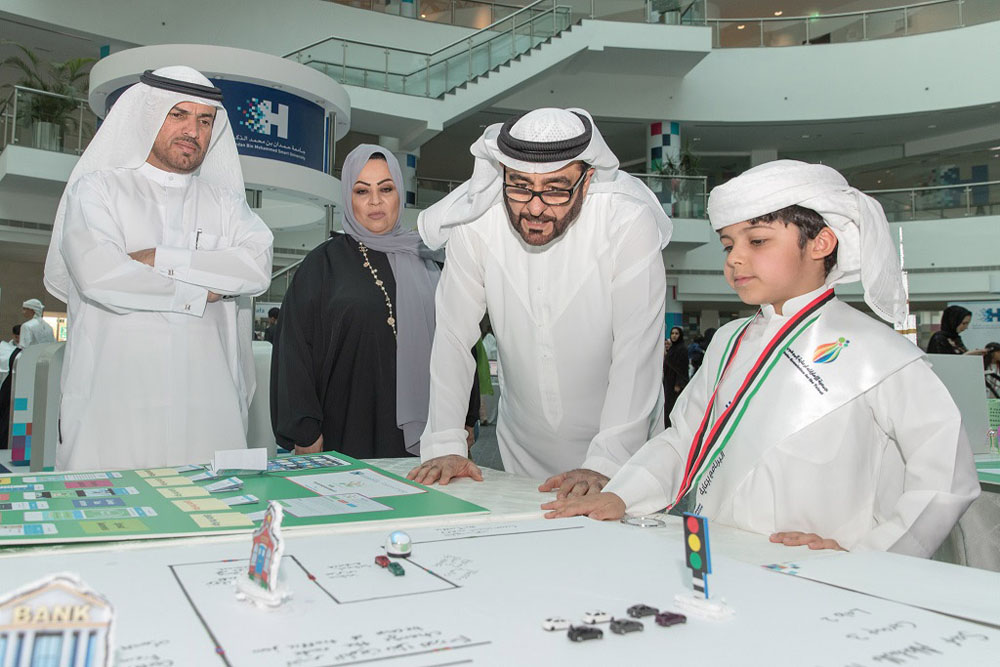 Al Awar added: “We are delighted to play a major part in nurturing the skills of young people and guiding them to be the pillars of a competitive, knowledge-based economy. We cherish the strong partnership between the Emirates Talent Association and HBMSU, which reiterates its commitment to invest in the youth as they are the hope of the present and the promise of tomorrow and it is with great pride that we witness today the 42 talented graduates in Artificial Intelligence, which is the future and the new cornerstone of the country’s development, in line with the ‘Emirates Artificial Intelligence Strategy,’ a project within the UAE Centennial 2071 framework. We are optimistic that the future editions of the ‘Emirati Programmer’ and the ‘Hackathon Competition’ will continue to hone the talents and creativity of the youth which will significantly contribute to the transformation of the UAE society to become among the top ten innovative countries in the world by 2021.”

The students presented their applications and projects and the stages of development before the audience at the ‘Emirati Programmer Expo’ after the awarding ceremony. The Hackathon competition witnessed the participation of Union Cooperation as the Emirati Program Sponsor, Binghatti Developers and Saffron Hospitality as Gold Sponsors, Gemini Property Developers as Silver Sponsor and Studio Zabeel as Media Sponsor.