Hadi Maktabi, a Lebanese art dealer at the Louvre Museum…a natural flair for creativity made into carpets 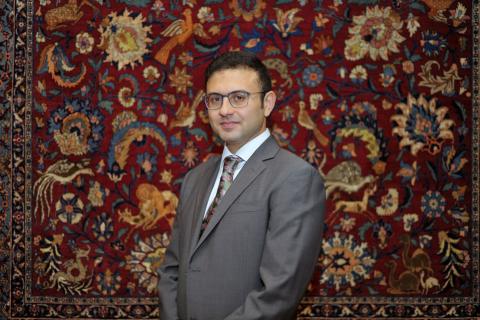 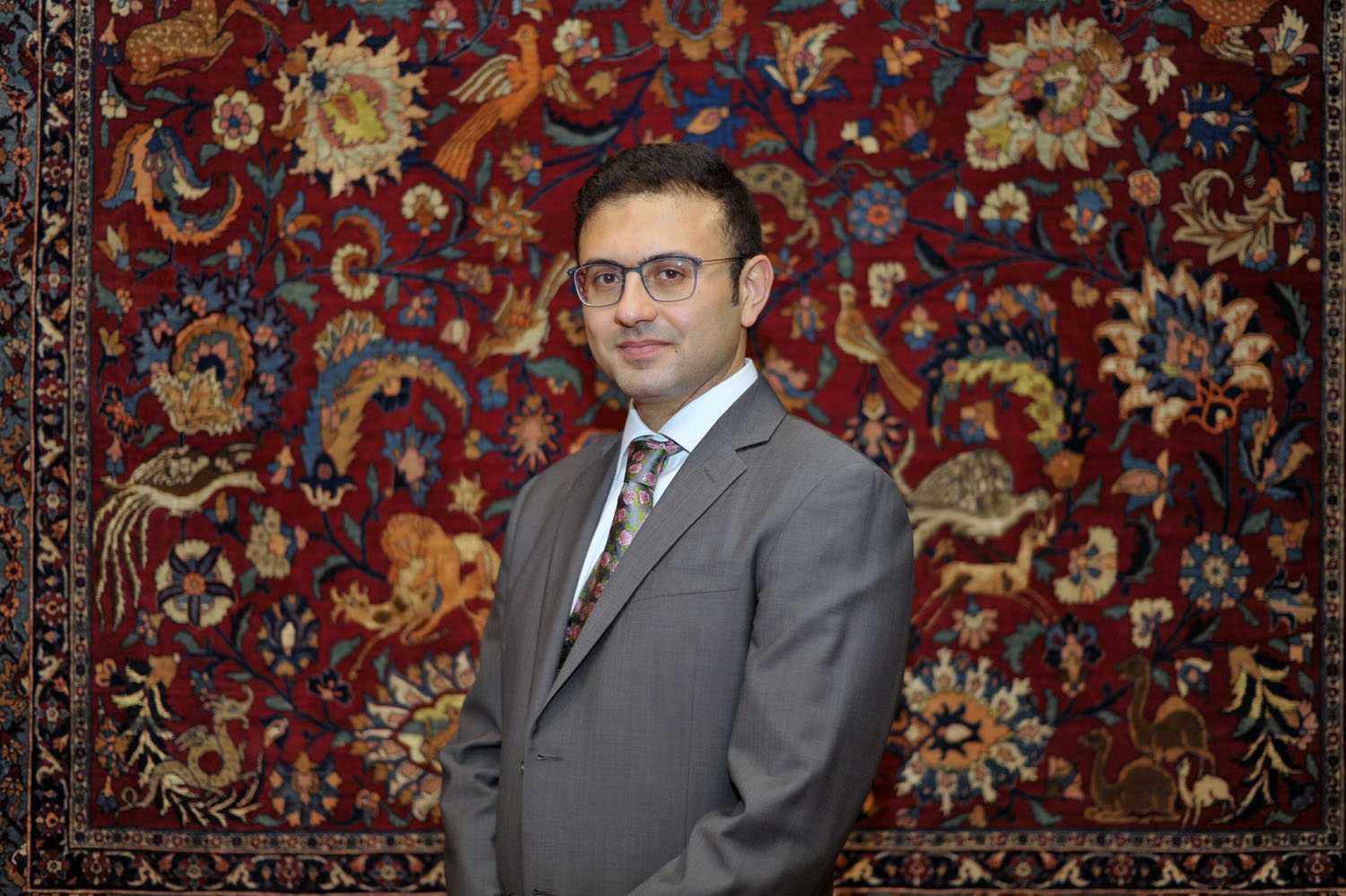 Dr. Hadi Maktabi will participate in the Louvre Museum exhibition entitled "L'EMPIRE DES ROSES" which covers Persian arts in the 19th century, beginning on March 28 and lasting until July. The carpet connoisseur has been appointed to curate the carpet section that consists of 9 pieces that belonged previously to the Royal Qajar dynasty in Persia. Four of the pieces chosen for the show are from Maktabi’s gallery collection in Beirut.

Maktabi established a reputation in Europe as one of the most renowned experts in the field of Persian carpets after having earned his PhD from Oxford University. Following graduation, Hadi embarked on his professional career via a series of advisory roles at a number of museums including the Victoria and Albert Museum in London and the Carpet Museum of Iran. In October 2016 representatives of France’s leading museum, the Louvre, reached out to him with a request to join them as a professional consultant in Persian art for the exhibition and to assist them in authoring the corresponding chapter in the official museum catalog.

The 9 carpets that made the final cut are solidly linked to the Qajar Dynasty who ruled Persia in the 19th century. Maktabi always had a competitive advantage in the market for his ability to read the Farsi inscriptions and to decipher the royal names within them. Hadi has acquired over the years a number of artworks inscribed and signed by the royal Qajars with precise in-woven dates that specify their time of creation.

Hadi is heir to the carpet empire that his grandfather founded in Beirut more than a century ago. Today, Maktabi is following in his footsteps as he took the family tradition to new heights in 2014 by opening his Rare Carpets and Antiques Gallery. The concept behind the Hadi Maktabi Gallery is that of an art gallery specialized in rare finds rather than a commercial showroom – a novel concept for Beirut.

The Hadi Maktabi Gallery, located in Tabaris, is specialized in Asian and Islamic art that dates back to the 16th century and extends till the 21st, and supplies its clients with a unique collection of ancient Persian carpets, as well as Armenian, Caucasian, Ottoman and some other artworks from Central Asia, Turkmenistan, Uzbekistan and India.

Furthermore, the gallery also displays Lebanese, Syrian, Chinese and Roman works as well as some ceramic & metalwork masterpieces that incite many collectors to come all the way to Lebanon to purchase.

Hadi Maktabi was recently awarded with the Star Prize for Exemplary Antique Carpet Retailer at the largest and most important international exhibition of carpets, Domotex Fair, in Germany. From a very young age, Maktabi specialized in historical old carpets. He has been teaching at the American University of Beirut for 10 years. He has regularly taken part in international conferences and has also been invited to speak at the world's most important museums in Britain, Kuwait, Azerbaijan, Iran, and Turkey. Additionally, he’s a consultant to a number of museums and auction houses such as Christie's in London and New York.

Last but not least, Maktabi has a number of publications that have appeared in print around the world, and he is a Contributing Editor in the international London-based carpet journal HALI.