Grand Cinemas gives a whole new look to its multiplex at ABC Ashrafieh. 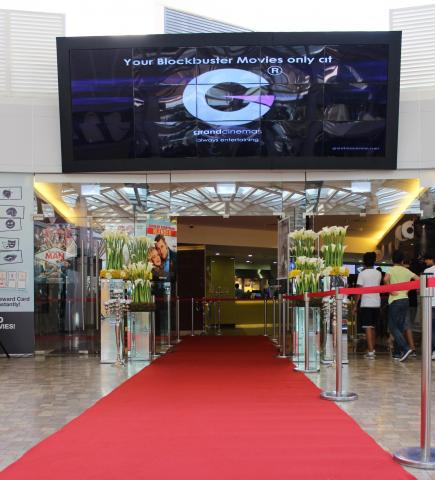 The long-awaited project embraced an absolute facelift to the cinema premises rendering it a world-class venue in line with the glowing and modern patterns of Grand Cinemas identity.

This New Look marks the 7th year of Grand Cinemas operation at ABC Ashrafieh, during which it reigned with no rival as No.1 Cinema complex nationwide, in terms of Occupancy rate, services and E-facilities. The new look is furnished with nothing but state-of-the-art fittings paralleled to no other cinema in the country, built to provide ultimate comfort and dazzling experience.

Grand ABC Ashrafieh avails a broad range of distinctive products such as E-commerce Services, be it Online Booking, E-kiosk or Mobile App, along an unrivalled selection of concessions, served by a passionate team of professionals trained to deliver the Grand standard. 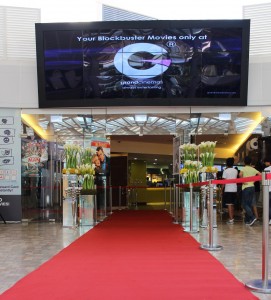 “The makeover took almost a year time, while we made sure to keep all shows operational for everyone along the process”, says Grand Cinemas’ CEO Jean Ramia. “Lebanese moviegoers have been overwhelmingly vocal in their appreciation and loyalty for the entertainment standards we offer them, and we’re happy to continue rising the standards to the best of what the industry has to offer.

Selim Ramia & Co was established in 2007, a total provider of movie entertainment services offering Levant investors, exhibitors and viewers a new standard in the cinema experience. Thanks to aggressive, forward thinking and an eye for strategic locations and acquisitions by Selim Ramia, co-founder of Gulf Film LLC Group, SR&Co is the fastest growing company in market share acquisition in Lebanon, Jordan and Kuwait. 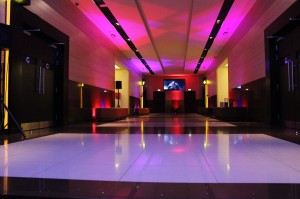 Introduced into Lebanon in 2007 under the ownership of Selim Ramia, the Grand Cinemas brand has become a statement of quality entertainment throughout Lebanon following a run of unprecedented success in the UAE. 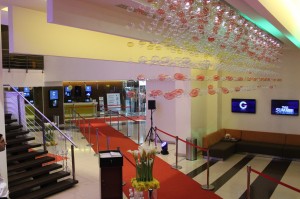 Grand Cinemas has consistently strived to set the industry standard and succeeded, the proof evident in the steady proliferation of theatres. In July 2007, GC took over the strategically located theatres at ABC Mall Achrafieh. Implementing its mission to invest in west Beirut, the company went on to re-inaugurate Verdun's Grand Concorde in 2008, in the same year also taking the brand north, with Enfeh's Grand Las Salinas.

2008 and 2009 were an exciting time to be part of the Grand Cinemas experience with the introduction of three of cinema's most advanced services: E/TICKET, E/KIOSK and DIGITAL 3D. By bringing Lebanese moviegoers the best in entertainment, in 2009 Grand Cinemas market share represented an enviable 33%.

June 2012 marked the launch of Grand Cinemas ABC Dbayeh, the jewel in the GC crown, and the fifth multiplex in lebanon in less than five years. Being the most popular shopping destination in the country, Grand Cinemas ABC Dbayeh boasts only the best in services, luxurious settings and technical advancements, plus the region's very first VIP theatre - Grand Class. Also in 2012, Grand Cinemas made its first footstep in Kuwait with the inauguration of a state-of-the-art multiplex in Kuwait's highest Tower Al Hamra Luxury Center. Two feathers-in-the-hat for Grand Cinemas marked 2013, first by introducing the Region's very first dedicated Mobile Application, and second by opening the largest cinema Complex in the Levant in Jordan’s Taj Mall. (Taj Cinemas is a result of a partnership between Al Taher for Cinemas, Selim Ramia & Co and Eagle Films)

All the above combination has driven Grand Cinemas to be the region’s No.1 Movie destination.