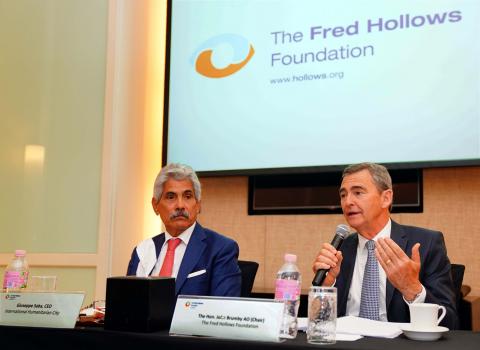 The Fred Hollows Foundation, an international development organisation that works to eliminate avoidable blindness in more than 25 countries around the world, has announced the opening of a new regional office in International Humanitarian City (IHC), Dubai. 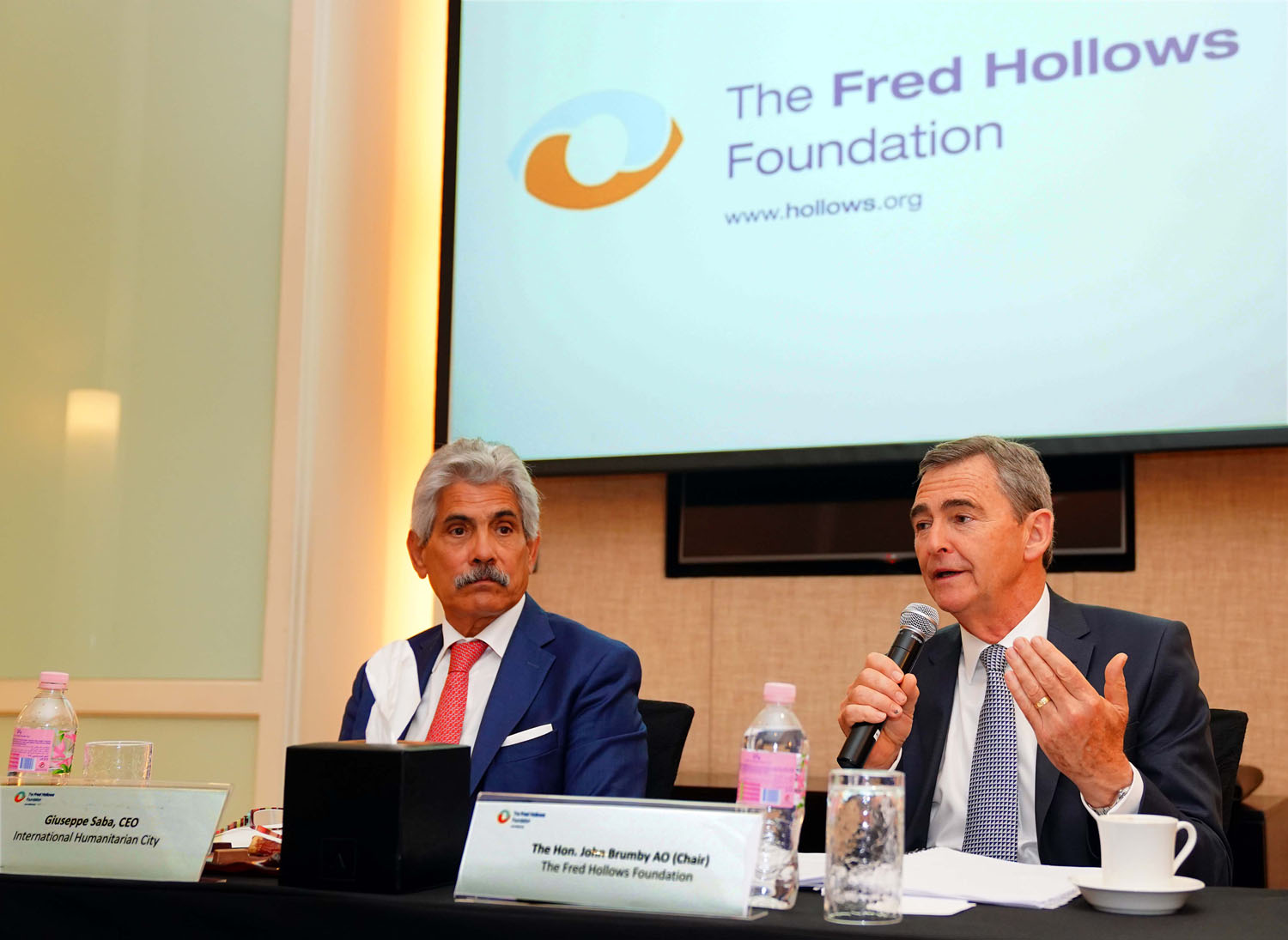 The Honourable John Brumby AO, Chairman of The Foundation, made the announcement with CEO of International Humanitarian City, Giuseppe Saba.

“This new regional base in IHC will help accelerate our efforts to treat some of the millions in this region who are needlessly blind,” said Mr Brumby.

According to the International Association for the Prevention of Blindness (IAPB) there are 15 million people in Middle East and South Asia who are blind. Four out of five of these people can easily be treated but they don’t have access to eye health care as they live in poverty and cannot afford the cost of travel or treatment.

“Though we have already restored sight to almost half a million people in South Asia and the Middle East, and two million globally, we are determined to do more,” said Mr Brumby.

“In 2018 in South Asia and the Middle East alone, The Foundation plans to screen more than 1 million people; provide more than 70,000 cataract surgeries; and train more than 11,000 doctors, nurses, community health workers and teachers. Having a base in the IHC will help us in these efforts.”

During the past 13 years, the Foundation has already provided eye health training for more than 1,000 local doctors, nurses and community health workers as well as sight saving surgery, medicines and vital equipment in countries such as Nepal, Bangladesh, Pakistan, Afghanistan, Myanmar and Palestine.

CEO of IHC, Giuseppe Saba, welcomed The Foundation to the Dubai’s International Humanitarian City free zone. “We now have over 50 international members installed in their offices in IHC. It is clear we are attracting world class non-profits such as the esteemed Fred Hollows Foundation.”

According to IAPB there are 3.47 million people who suffer from blindness in the Middle East and 11.76 million in South Asia. Additionally, 79 million suffer from sever vision impairment. Both conditions can hinder quality of life, employment opportunities and freedom of movement.

The Fred Hollows Foundation is an international development organisation working towards eliminating avoidable blindness. Founded by the late Professor Fred Hollows and his wife Gabi, The Foundation works in 25 countries around the world, restoring sight to people in some of the most marginalised communities.