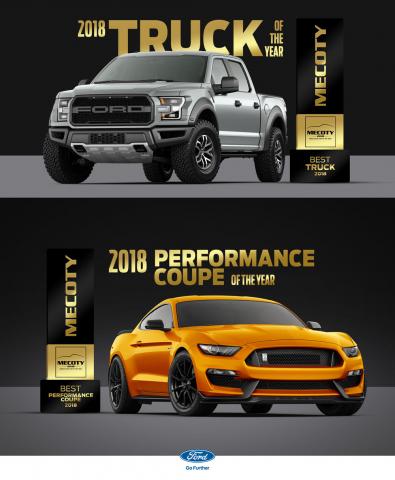 The Ford F-150 Raptor and Mustang Shelby GT350 have earned top honours during the prestigious Middle East Car of the Year (MECOTY) awards, held in Abu Dhabi earlier this week.

The Shelby GT350 collected honours as Performance Coupe of the Year, and the all-conquering F-150 Raptor crushed its opposition to be named Truck of the Year.

The awards, now in their fifth year, are the most coveted automotive awards in the region, combining the expertise and experience of 16 leading motoring journalists from the GCC and Levant, who work through multi stage nomination and scoring process to arrive at their list of winners.

“We’re thrilled to see two of the most exciting and dynamic vehicles we produce excel in the MECOTY awards this year,” said Chris Probert, Ford Middle East and Africa Director of Marketing Communications. “The Shelby GT350 is an incredible performance coupe, with a track ready chassis and high-revving 534 PS V8 engine, while the F-150 Raptor continues to be the region’s favourite out-of-the-box performance truck for off-road extremes. Both models embody Ford’s passion for performance and resonate with millions of fans around the world.” 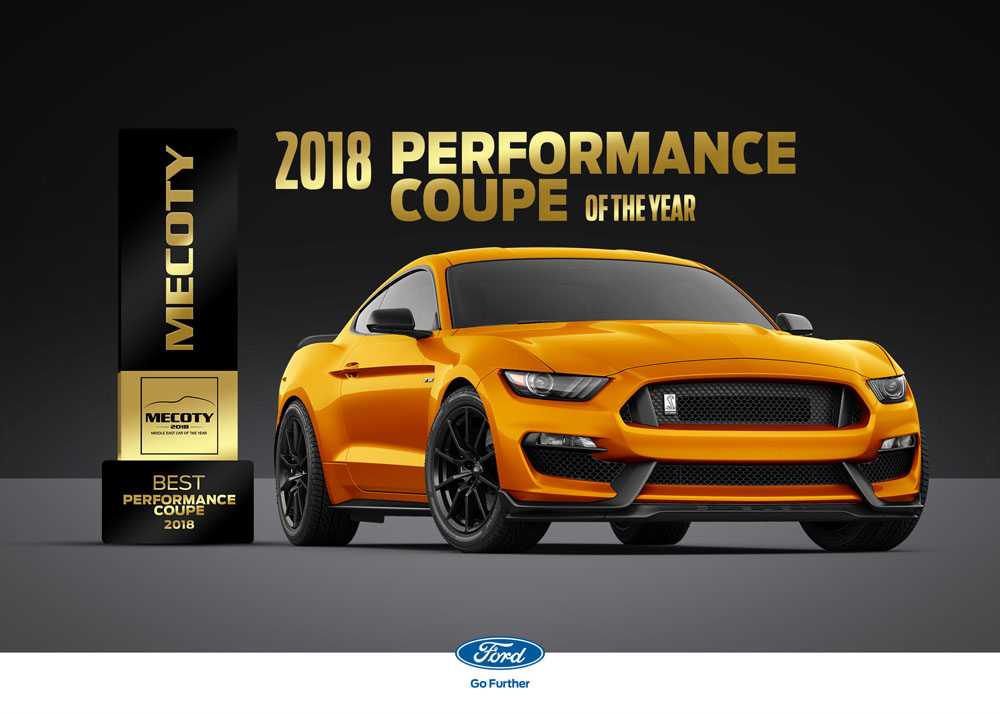 The Shelby GT350 badge has been associated with the Ford Mustang since 1965 – and has become synonymous with high performance road and track driving ever since. The current model develops its enormous horsepower and 582 Nm torque from a 5.2-litre flat plane crank V8 (known as the Voodoo) – the most powerful naturally aspirated road-going engine in Ford history. With a redline of 8250rpm, it is also the highest revving production V8 Ford to date.

The Shelby GT350’s dynamic and adrenaline-fueled ride comes courtesy of the MagneRide Damping System, while an aluminum strut brace and coolers for the engine oil, transmission and differential all help the car to perform at its best.

The sporty interior is trimmed with aluminum, alcantara and leather. Recaro sports seats hug the driver and passengers with a mix of carbon weave cloth and Miko sueded cloth to help hold them firmly in place turn after turn. 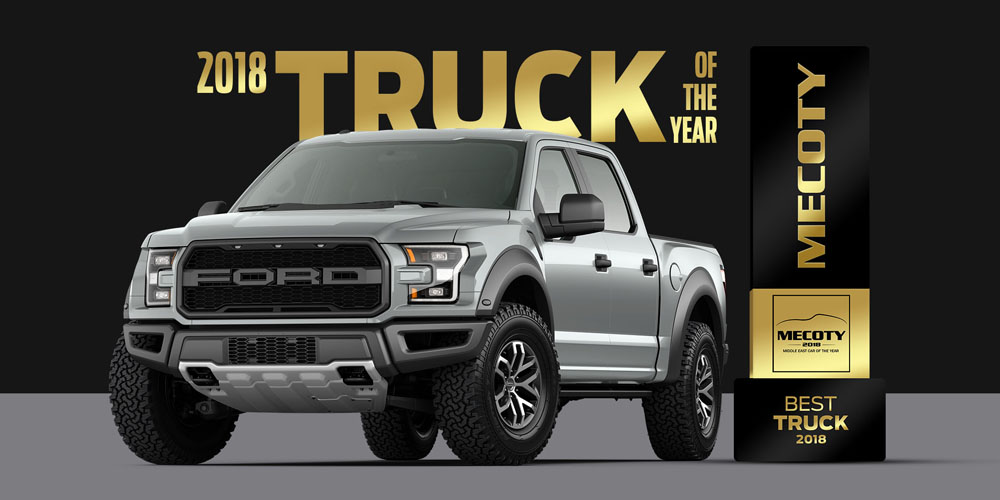 Ford’s all-conquering F-150 Raptor added another award to its growing trophy cabinet. The purpose built off-road machine gathered the MECOTY Truck of the Year award, having been named Dubai-based Wheels magazine’s Pickup of the Year just a week earlier.

Based on the backbone of America’s best-selling truck for the past 41 straight years, the 2017 F-150 Raptor saw the introduction of a high strength aluminium body and second generation, high output 3.5-litre twin-turbo EcoBoost engine with 10-speed transmission.

Use of advanced materials saw its weight drop up to 227 kilograms over its predecessor, while the 421 PS engine with its 678 Nm torque boosted its on- and off-road performance. A new four-wheel drive system, 10-speed transmission, torque on demand transfer case and all-new Terrain Management system gives the Raptor its incredible off-road capability, while its FOX Racing Shox with 9-stage bypass damping with 48mm more suspension travel helps improve its monstrous capability beyond the pavement. Massive, second generation BFGoodrich K02 tyres with beadlock capable wheels are also designed for serious off-road work.