Ford Conservation and Environmental Grants Awards $100,000 to 10 Organisations Across Middle East and North Africa in 2017 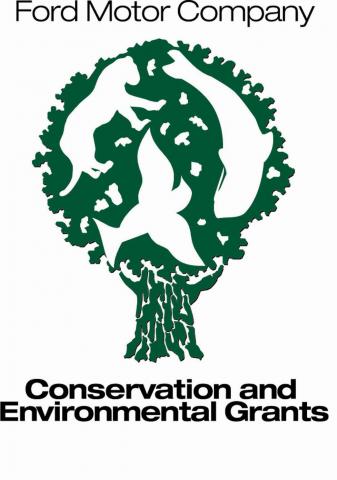 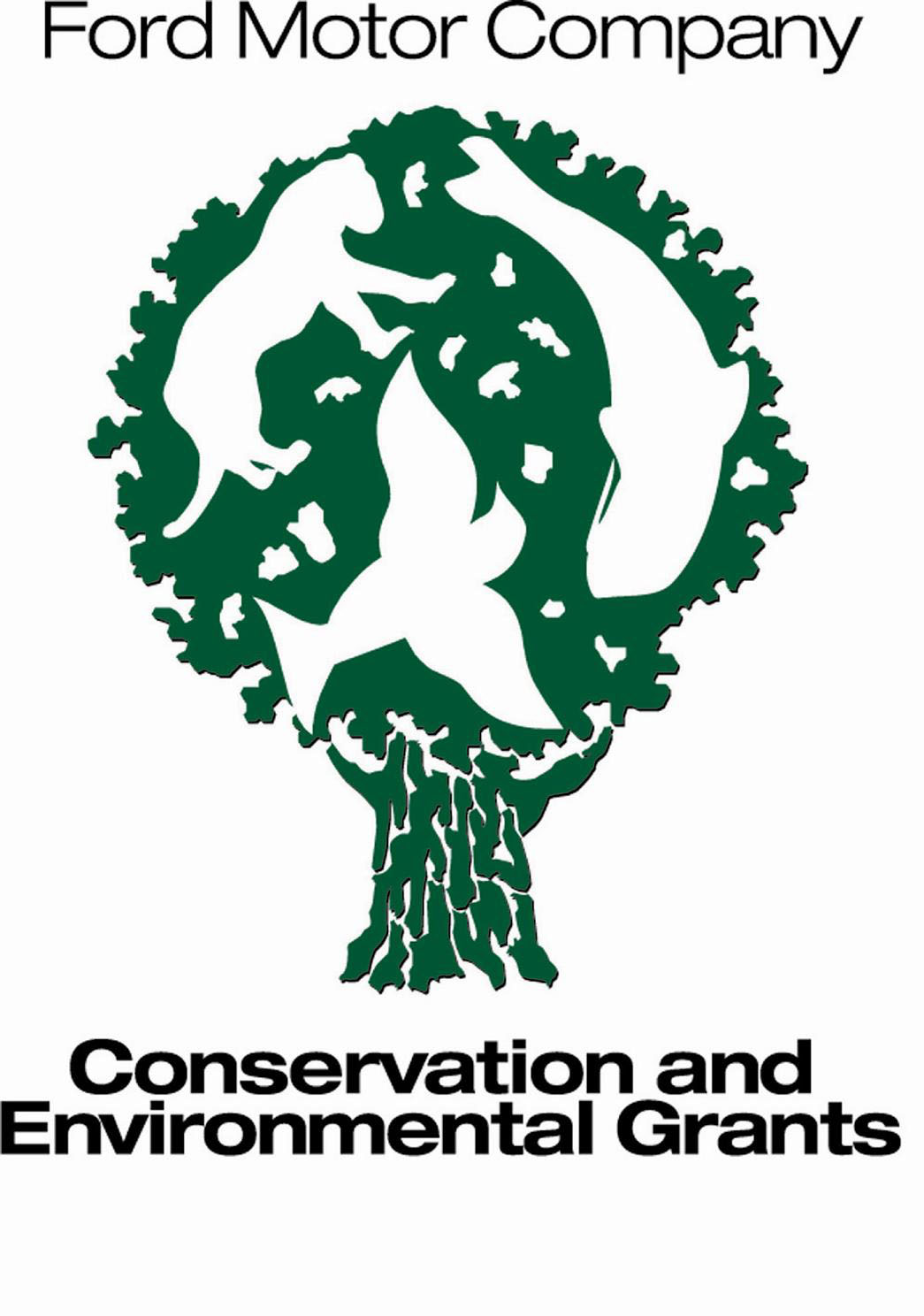 Ford Motor Company today announced the latest recipients of its Conservation and Environmental Grants, with $100,000 being made available to 10 successful entries. Accepted from Algeria, Bahrain, Egypt, Iraq, Jordan, Kuwait, Lebanon, Morocco, Oman, Saudi Arabia, Tunisia and Yemen, the touted projects focused on three main areas: Environmental Education, Protection of the Natural Environment and Conservation Engineering. Having been very well-received in the most recent editions of the grants programme, two further categories received financial support for the winning projects: Best in Research – projects that show use of research in finding, and implementing, solutions to a specific environmental issue – and Best in Community Engagement, for the project that best demonstrates community engagement during its undertaking. Environmental Education The RSCN in Jordan has, over time, developed an innovative environmental education programme for students called Nature Ranger. And with its first place finish and $15,000 bursary from Ford Conservation and Environmental Grants, the Society plans to develop the project further. The programme, which consists of five learning cycles to prepare students to be a specialised nature ranger, prides itself on children from the local communities around protected areas becoming crucial vanguards in the changing of community perceptions and commitment to conservation. In second place, worthy of a $10,000 grant, and also aimed at Jordan’s youth, is a Rural Family Society-designed project who’s aim is to create a sense of responsibility of youth towards their local environments in an effort to protect their natural resources. Rounding out the Environmental Education top three, and Jordanian clean-sweep, was Green Generation Foundation, who will put its $7,000 windfall to good use in its community-based training in climate change, a pilot project intended to build capacity and awareness around climate change across the kingdom.

Natural Environment The impact of fishing on vulnerable and endangered turtles in the waters of Tunisia has driven Notre Grand Bleu to evaluate the devastating effect nets, trawls and longlines are having on the loggerhead, green, and leatherback populations. Taking first place in the category, and a grant of $15,000, the scientific ecological association will use the money provided by Ford Conservation and Environmental Grants to create locally hand-crafted fishing equipment prototypes in an effort to reduce sea turtle by-catch and the associated mortality rate, thus reducing the impact fishing gear has on the species. Recipient of a second-place $10,000 grant is an Oman-based Biosphere Expeditions project which has, to date, already trained 14 Omanis in reef check techniques, seeded a community-based reef monitoring programme, and resulted in the foundation of the Reef Check Oman organisation. This is the fourth time Biosphere Expeditions has received a Ford Conservation and Environmental Grant for its continued exceptional work in the Musandam peninsula, amounting to $42,000 over the past six years. A group of young local volunteers called The Kuwait Dive Team took home the third-place prize pool of $7,000 for its hard work in removing waste from the marine environment. Since its first operation in 1993, the team has extracted more than 15,480 tonnes of waste from the waters and land around Kuwait. The grant will be utilised in voluntary beach and island clean-up campaigns throughout the country.

Conservation Engineering Teaming up with Enactus – an international organisation that supports students with social entrepreneurial projects – Morocco-based Go Energyless earned a $15,000 Ford grant in the Conservation Engineering category thanks to having created a low-cost cooler made of clay and other natural materials, Go Energyless promises its product can keep food and medicines refrigerated for more than two weeks. Morocco also boasts a second place entry in the Conservation Engineering category, securing $10,000 of grant money for a Protection of Waterways project run by the Ouaourint Association for Development and Cooperation, which is set to tackle the polluting factors of small towns built along the waterways on which they rely. By employing rational exploitation techniques, specifically for farming, and protecting the waterways from all sources of pollution, the rivers and their tributaries can thrive despite the townships’ dependence on them. Special Categories For the second time in the Ford Conservation and Environmental Grants scheme, there are two further winners in a special category, each of a $5,500 Ford Grant. For its attention to education and training for effective environmental advocacy, the Royal Scientific Society of Jordan won the Best in Engaging Local Communities grant, specifically directing its approach to the inclusive engagement of those local communities that host refugees. The Best in Research grant for 2017 went to the American University of Beirut (AUB), who also benefited from a $5,500 Special Categories for its Citizen Science for Improved Integrated Solid Waste Management (CS-ISWM) project. According to the university, the current crisis in Lebanon’s waste management sector has placed unprecedented pressure on municipalities and community organisations to manage their own waste outputs. AUB aims to ease that pressure with its latest project. The CS-ISWM team has established a clear understanding of the solid waste management process ongoing in both Bar Elias and Aabey, and has designed and assessed creative interventions targeting multiple aspects of the same. The team conducted waste characterisations among Lebanese residents and refugee populations, thoroughly evaluating the engineering specifications, and proposed recommendations for the solid waste treatment facility in Bar Elias.

“Ford Motor Company is dedicated to preserving the environment for future generations and providing ingenious environmental solutions that contribute to a sustainable planet,” said Jacques Brent, president Ford Middle East and Africa. “Initiatives such as Ford’s Conservation and Environmental Grants programme evidence a commitment to encourage, support and reward the actions of individuals, groups and non-profit organisations in achieving the same goal.”

In its 17 years of existence, the Ford Grants initiative has become one of the largest corporate initiatives of its kind in the region, created to empower individuals and non-profit groups that are donating their time and efforts to preserve the environmental well-being of their communities.

Since its inception, the Ford Motor Company Conservation and Environmental Grants programme has received support and recognition from various governmental and non-governmental environmental authorities from around the Middle East, including the World Wide Fund for Nature, the Emirates Wildlife Society, and the Arab Forum for Environment and Development (AFED). Recipients are chosen by an independent panel of judges consisting of academics and leaders from regional environmental organisations. The judges are seasoned environmentalists or academicians from the region carefully selected based on geographical coverage, age and gender equality. They look for initiatives that demonstrate a well-defined sense of purpose, a commitment to maximising available resources, and a reputation for meeting objectives and delivering planned programmes and services.

Ford’s history in the Middle East goes back more than 60 years. The company’s local importer-dealers operate more than 155 facilities in the region and directly employ more than 7,000 people, the majority of whom are Arab Nationals. For more information on Ford Middle East, please visit www.me.ford.com.