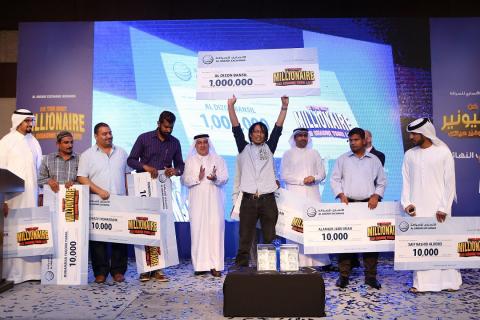 Eight other winners take home AED 10,000 each at gala ceremony in Dubai

Al Dizon Bansil, a Filipino based in Sharjah has been announced as the winner of the AED 1 million grand prize of this year’s ‘Al Ansari Rewards – Summer Promotion 2017,’ during a special event held yesterday, August 23, 2017. Bansil is the fourth millionaire to win big in this annual promotion of Al Ansari Exchange, which ran from June 15 to August 14, 2017. Another lucky Filipino, Sylvia Lizardo Valdez, won a brand new Nissan Patrol along with another eight lucky winners who went home with AED 10,000 each at the gala ceremony in Dubai.

Bansil’s winning raffle ticket came from a remittance of AED 3,677 that he sent back home to his wife. The Filipino engineer was one of the nine qualifiers that were previously picked and qualified for the final draw. The list of other qualifiers include Kudzai Lisa Mhondoro from Zimbabwe, Taurej Alam from India, Saif Rashid from the UAE, Alamgir Jaru Miah from Bangladesh, Elshazly AbdelHafeez Mohamadin from Egypt, Minimon Kassim Kunju from India, Abdallah Taher Al Ghanem from the Kingdom of Saudi Arabia and Muhammad Yaqoob from Pakistan. Each of them won AED 10,000 each. 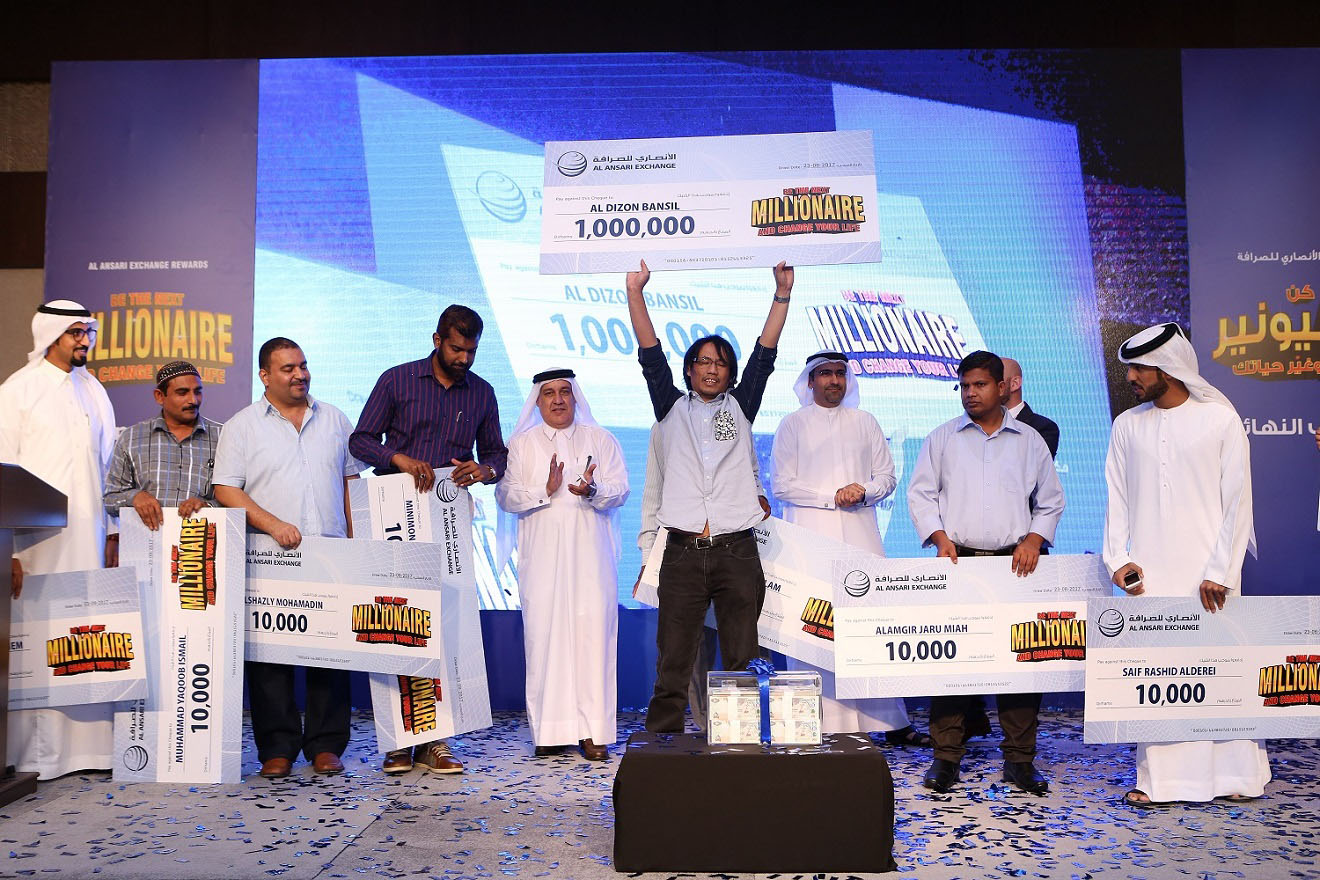 Rashed Ali Al Ansari, General Manager of Al Ansari Exchange, said: “We extend our congratulations to Al Dizon for bagging this year’s AED 1 million prize—the biggest prize to be offered by this industry segment. I am sure this jackpot will be put to good use by Bansil—forever changing his life. It is truly humbling to know we are playing a significant and positive role in the future of the grand prize winner every year. The Al Ansari Rewards Summer Promotion has become a largely popular event among many of our customers, which drives us to continue organizing this promotion as customer engagement is an important pillar to which we owe our success as a leading service provider.”

Al Dizon Bansil said, “I am truly happy and blessed to win the grand prize, which will now allow me to pursue a lot of my postponed dreams. I encourage all Al Ansari Exchange customers to continue to participate in the company's offerings so that they too can win valuable prizes. I thank Al Ansari Exchange for giving me the opportunity to achieve my dreams by putting this huge amount of money to good use.”

As part of the Al Ansari Rewards – Summer Promotion 2017, customers also had the chance to win a brand new 2017 model Nissan Patrol as part of Al Ansari Exchange’s commitment to regularly rewarding its customers for using its services throughout the UAE. Al Ansari Exchange rewarded a total of 10 customers of different nationalities during this year’s edition.