Hamilton, Bermuda, and Seattle, July 11, 2018—Family-owned Bacardi Limited, the largest privately held spirits company in the world, and Lonely Whale, the award-winning non-profit dedicated to bringing forward courageous ideas that positively impact the health of our ocean, today announced they have joined forces to help rid the environment of single-use plastic, including the goal to eliminate one billion single-use plastic straws by 2020. In addition, Bacardi announced a commitment to review its global supply chain, with the aim of removing non-essential, non-recyclable single-use plastic waste.

Through a series of corporate and brand collaborations, events, and calls-to-action around the world, Bacardi will encourage consumers, customers, and all those looking to lend their ideas and voices to the initiative, to join the campaign entitled #TheFutureDoesntSuck.

“Engaging our accounts and our consumers in the reduction of single-use plastic is a critical next step in helping to put an end to plastic pollution,” said Rick Wilson, senior vice president of Corporate Responsibility for Bacardi. “Single-use plastic items are among the most collected pieces of trash in our oceans, and we are urging our consumers to add ‘No plastic straw, please’ to every drink order so together we can make impactful change.”

#TheFutureDoesntSuck formally kicks off in London, England, where the BACARDÍ® rum brand and Lonely Whale will mobilize consumers and businesses to work together towards the goal of achieving a radical reduction of single-use plastic straw consumption throughout the city. The campaign is supported with a series of illustrations that communicate the devastating impact of single-use plastic straws on the world’s oceans. 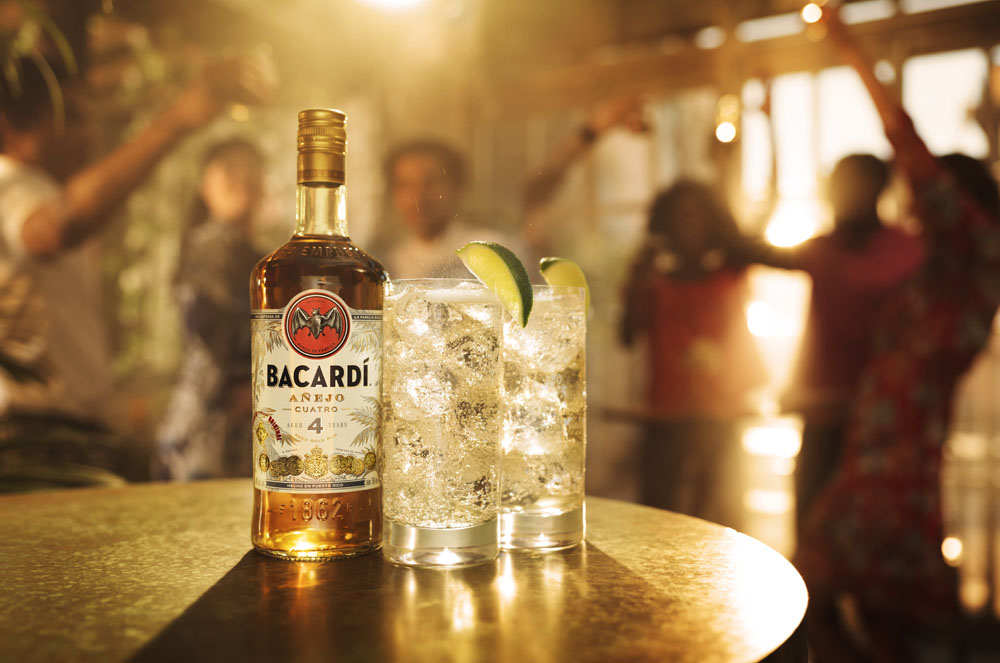 The iconic rum brand will eliminate single-use plastic straws from branded events, music activations, and the BACARDÍ Rum Truck while committing to use biodegradable paper cups across the UK activations. In addition, BACARDÍ in the UK will donate the proceeds of ticket sales from its Casa Bacardi music events, taking place throughout June and July in London, Manchester, and Birmingham, to the Lonely Whale’s Strawless Ocean initiative. In the fall, activity continues in North America as the rum brand activates the movement at all its major music activations.

In support of the collaboration, the global headquarters of Bacardi in Bermuda launched a new training program for distributor partners and on-premise locations that offer alternatives to plastic straws. In the United States, where it’s been reported that approximately 500 million plastic straws are used and discarded each day, Bacardi will continue to partner with national chains and independent accounts to promote plastic-free, marine-friendly straw, or strawless options for cocktails. Bacardi and Lonely Whale will expand the program in China and focus on programs with ten leaders in the hospitality and spirits industry to drive adoption of the pledge.

“Every day we have an army of people walking into bars and restaurants around the world. We share this campaign with our partners and people working the front-line, those who want to make their voice and support for eliminating single-use plastics heard,” added John Burke, chief marketing officer for Bacardi globally. “Just as importantly, we want to raise the table stakes. Our focus for the past two years has been leading the industry charge with our #NoStraws pledge and now is the time to review the larger issue of single-use plastic in the greater Bacardi world to determine how and where we can truly make a bigger difference and continue leading the charge to build a more sustainable future. I believe through collaborations like this one with Lonely Whale, where we can bring society and business together, we can make impactful change to ensure #TheFutureDoesntSuck.”

“When Lonely Whale considered optimal ways to reduce future plastic pollution and help marine life, eliminating straws was a natural starting point. Americans alone are estimated to use around 500 million of these often non-essential single-use plastics every day. Removing straws from our daily lives could therefore have an enormously positive impact on our oceans’ health,” added Ives. “But, straws are just the beginning. Our engagement with Bacardi promises to attract, surprise and educate individuals across all demographics and geographies and encourage them, as Bacardi is doing, to go beyond the straw and work collaboratively to ensure #TheFutureDoesntSuck.”

Both Bacardi and Lonely Whale are supportive of the United Nations Sustainable Development Goals for 2030, comprised of goals and targets set to stimulate action in areas of critical importance for both humanity and the planet. We believe that through partnerships with governments, other companies in the private sector, and others, we can have a positive impact on many of the goals.

To join this global campaign, visit www.thefuturedoesntsuck.org. There, individuals can declare their commitment to ensuring #TheFutureDoesntSuck by committing to go plastic-straw free and recruit restaurants, hotels, bars and other venues. Establishments can register their commitment and challenge others to do the same so that together we can all ensure #TheFutureDoesntSuck.

Founded more than 156 years ago, in Santiago de Cuba on February 4, 1862, family-owned Bacardi currently employs approximately 5,500, operates more than 20 production facilities, including bottling, distilling and manufacturing sites, and sells its brands in more than 170 countries. Bacardi Limited refers to the Bacardi group of companies, including Bacardi International Limited. Visit www.bacardilimited.com or follow @BacardiLimited.

Lonely Whale is an incubator for courageous ideas that drive impactful change on behalf of our ocean. Inspired by the power of community, Lonely Whale is working towards a new era of radical collaboration, facilitating innovation that pushes the boundary on current trends in technology, media and advocacy to positively impact ocean health. Lonely Whale’s creative efforts to reduce, and ultimately eliminate, ocean-bound plastic pollution have earned them recognition as one of Huffington Post’s Top Ten Movers and Shakers in Environmental Sustainability and Fast Company’s World Changing Ideas as well as honors from the Cannes Lions, Effy, Shorty and ADDY Awards in 2018. For more information, visit www.lonelywhale.org or follow along on Instagram, Facebook and Twitter @lonelywhale.