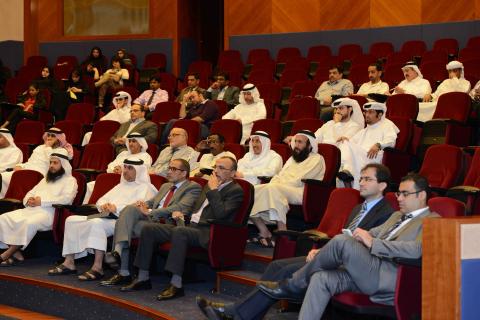 Event tackles the automation of the public sector’s financial transactions

UAE, May 21, 2014 - The Government Resources Planning (GRP) Systems Department of Dubai Smart Government (DSG) Department recently conducted a workshop, titled ‘Smart Course from Procurement to Payment,’ to tackle the total automation of financial transactions between government entities in the emirate and the suppliers. The workshop was aligned with the ongoing efforts of the DSG to ensure the public sector’s smooth transition to Smart Government as well as enhance the relations between government purchasers and international suppliers. Held at the headquarters at HH Dubai Ruler's Court, 65 professionals in procurement and finance from 16 government entities in Dubai attended the workshop.

During the event, the latest functions and improvements of the GRP system were highlighted. A new feature was added to the systems’ ‘eSupplier portal’ to allow suppliers to send their invoices to the Planning Systems online. Suppliers can also make an inquiry, access their own data, and enter their commercial transactions directly on the website.  It will also automate the transactions involving national banks. This new function enables the government’s staff to send the payments to suppliers or the salaries of the employees directly to the banks. 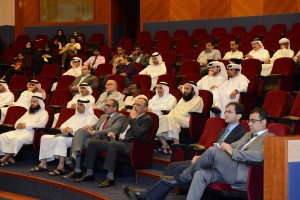 H.E. Ahmad Bin Humaidan, Director General of DSG, said: “The Government Resources Planning Systems are one of the most important services provided by the department to government entities in order to efficiently manage their core resources and effectively upgrade their skills. We are committed to reinforcing this support through workshops and direct meetings with different government entities to continuously make more improvements as well as accelerate the transition of the public sector into smart government. All these efforts are aligned with the directives of H.H. Sheikh Mohammed Bin Rashid Al Maktoum, Vice President and Prime Minister of the UAE and Ruler of Dubai.”

He added: “We believe that human element is crucial in the success of the smart government initiative. This will be achieved by training public officials and employees to use the applications, systems, and common services provided by DSG. The department offers them best tools and programmes to develop their skills, train them to face work challenges positively, provide them with competitive working environment, and enhance their capabilities and awareness regarding workflow. Our goal is to help them properly deal with work challenges.”

The new edition of the GRP system will be launched in June. The latest version will inform the suppliers about trade procedures issued by the purchasing government entities. In addition, it will enable the suppliers to inquire about the purchase order, the delivery date, and the status of the payments – whether they have been approved, rescheduled, amended, or canceled. Suppliers will also be able to match and check the invoices with the purchase order as well as enter the invoices directly to the system.

Moreover, government entities will be able to efficiently encode and send the suppliers’ payments as well as the employees’ salaries to the banks using the new cutting-edge and safe GRP systems. The systems allow the payments to be delivered in real time without any delay.