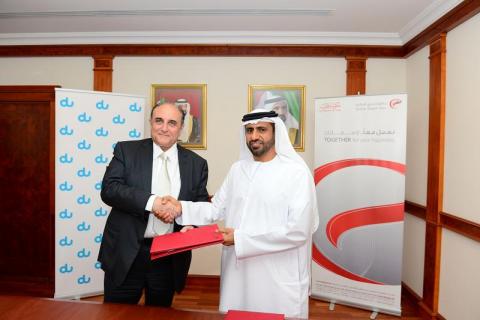 UAE, June 14, 2014-Dubai Smart Government has announced that du has joined its mPay app, allowing the public to settle an array of charges of du’s widespread services including subscription to the Internet, mobile and landline and IPTV packages.

This brings to eight the number of entities participating in mPay. Customers can now settle the fees of their transactions with a number of government and private entities from one place, thereby saving time, effort and cost.

du customers using Android and iOS devices can download the app for free and register to be able to simultaneously inquire about and pay the fees of post-paid mobile phones, landline phones, the Internet and TV channels provided by du to its subscribers. du customers can also make use of the other services provided by the entities participating in the app  easily and rapidly.

mPay covers Salik and Nol recharge, payment of traffic fines, payment of electricity and water bills and donations to Al Jalila Foundation and Dubai Cares over and above the currently added du services.

H.E. Ahmad Bin Humaidan, Director General of Dubai Smart Government, said: “We are pleased that du has joined the mPay app, which is part of our initiative to provide round-the-clock government services through smart devices to the public and the business community in Dubai in line with the directives of His Highness Sheikh Mohammed Bin Rashid Al Maktoum, Vice President and Prime Minister of the UAE and Ruler of Dubai, to shift to smart government and for Dubai to become the world’s smartest city in 3 years.”

Bin Humaidan added: “This step consolidates the shift to smart government where du, thanks to its sophisticated and smart infrastructure, plays a key role in ensuring the continuous provision of its services to the society through innovative channels in preparation for reaching the smart city aimed at bringing happiness to the public.”

Bin Humaidan pointed out that Dubai Smart Government is working on expanding the circle of individual and corporate beneficiaries of this service by involving new government entities or by adding other services of interest to customers. Adding du services to the mPay app came in response to the interest of the public in adding their services to the app based on the ongoing surveys conducted by DSG. Their responses were taken into consideration and prioritized, with the aim of ensuring the satisfaction and happiness of customers, he said. 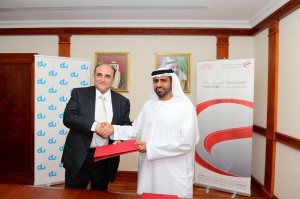 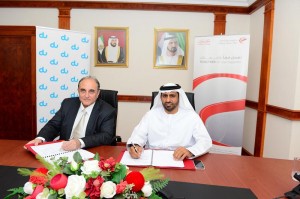 Osman Sultan, CEO, du, said: “With initiatives such as mPay, the visionary UAE government is creating right platforms in its role as the enablers of change and providing impetus to the vision of a Smart City. We fully support these initiatives and are pleased to join the mPay portal - a Smart initiative that enhances the way our customers interact with the government on various services and transactions. We believe that ultimately it will further the cause to make the UAE a happier nation and support its progression towards an all-encompassing Smart society and its growing emergence as a top global business and leisure destination.”

This mPay app service allows customers to inquire and pay the fees of the participating entities, either through the app available on smart devices (Android and iPhone), or through SMS to 4488 in conjunction with registration through the dedicated website https://mpay.dubai.ae. The fees can also be paid through periodic auto-payment request or at the customer’s discretion. Customers can also use the “multiple accounts” feature to schedule several payments on set dates.

For inquiries about the service and its updates, please contact AskDubai on 600560000.