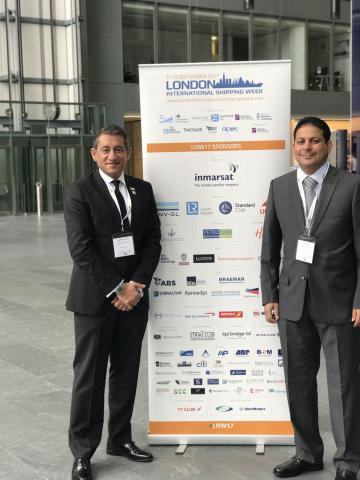 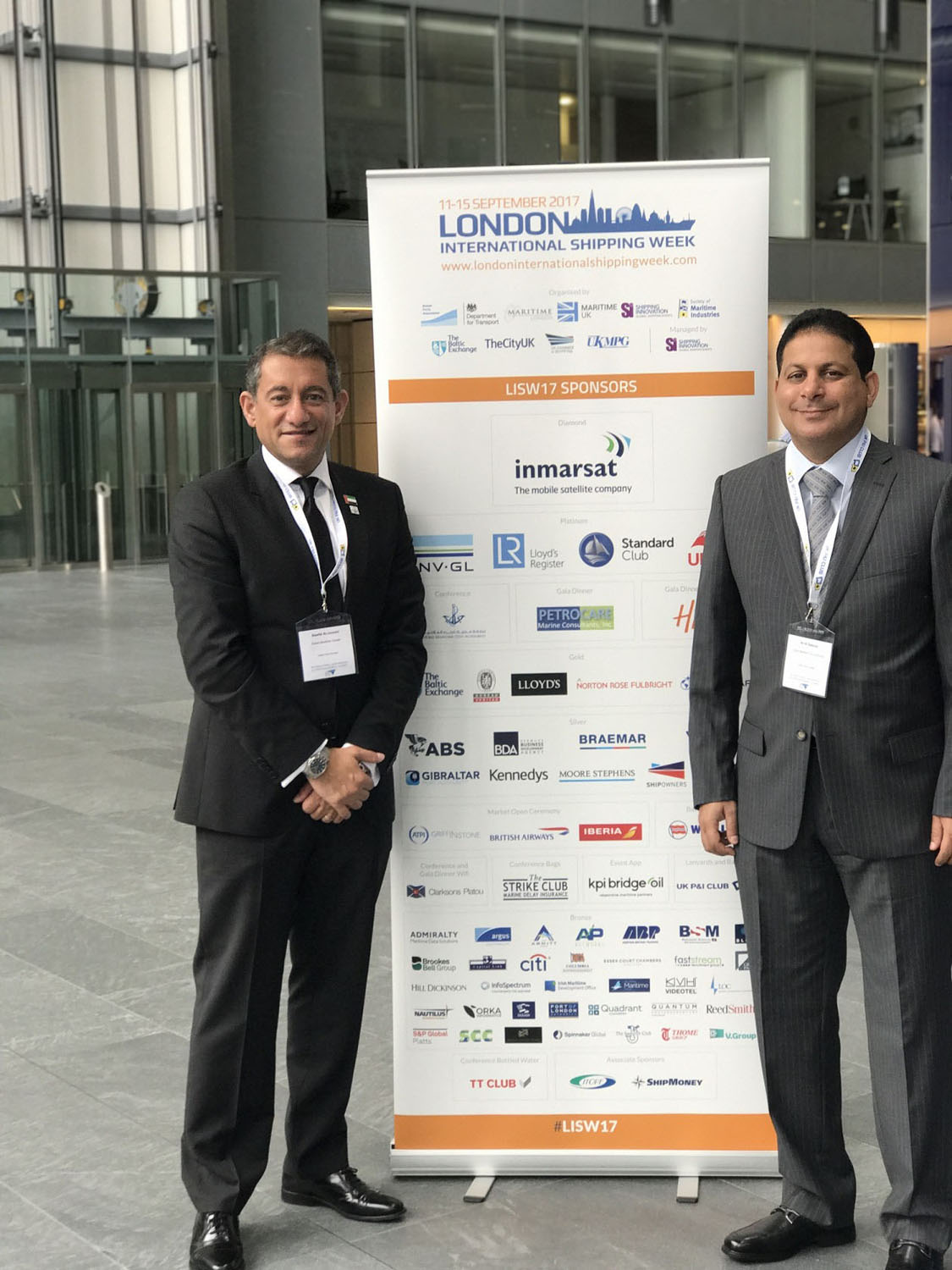 The Dubai Maritime City Authority (DMCA) showcased the pioneering steps Dubai has taken on the path of international leadership, supported by an advanced position among the top five most competitive and attractive maritime clusters in the world, at the 2017 edition of the Annual International Shipowning & Shipmanagement Summit held on the sidelines of London International Shipping Week 2017 which will run in the British capital until the end of this week.

DMCA  officials reviewed the most competitive advantages of the local maritime sector which have had the greatest impact on Dubai ranking among the world’s most  attractive and competitive maritime sectors and the top 10 maritime capitals of 2017. They also focused on Dubai's regional maritime and logistics services and the competitive advantages of Dubai which have gained the confidence of regional and international investors in the emirate as a major contributor in shaping the future of the maritime industry.

Amer Ali, Executive Director of the DMCA, said that their participation in the 2017 Annual International Shipowning & Shipmanagement Summit falls within the framework of his organization’s commitment to representing the Emirate of Dubai and the entire UAE in international maritime forums. He pointed out that this involvement has heightened Dubai's leading experiences in becoming one of the world's most stable, sustainable, competitive, inclusive and attractive maritime investment clusters which has become a model of how the needs of regional and international maritime leaders, particularly owners and operators of giant vessels and ships, can be effectively addressed.

Ali Al Dabbous, Executive Director of Operations for the Dubai Maritime City Authority, said: "Our participation in the summit concentrated on identifying Dubai’s advantages that enhance its excellence and global leadership in terms of competitiveness and attractiveness, maritime services, legal expertise, insurance and maritime finance, especially in light of its exceptional achievement of turning into one of the world's best maritime capitals, on an equal footing with Singapore, Hamburg, Oslo, Hong Kong, Tokyo, Copenhagen, Athens and London. We look forward to advancing international partnerships with ship owners and managers, particularly in using new technologies to reduce costs and ensure compliance with Bitcoin regulations and sustainability, as well as upgrading operational efficiency and the management of autonomous ships. We are committed to continue working with maritime leaders to guide the international maritime sector to higher levels of excellence in the future. "

The Summit included a plenary session entitled ‘Smart Shipping - Smart Thinking: Changing the Service Offering In Order To Grow and Survive.’ Nawfal Al Jourani, Head of the Dubai Maritime Cluster Office, delivered an opening speech on Importance of Third Party Ship Management to the Middle East and UAE. He also provided a detailed explanation of Dubai's strengths in port management, shipping, insurance, financing, and ship operation and maintenance. He further discussed Dubai's series of achievements that have made it one of the world’s best maritime hubs, based on leadership, innovation, knowledge and smart transformation, infrastructure modernization, policy development, integrated regulatory frameworks, and the unceasing development of maritime capabilities.

Al Jourani said: “The 2017 Annual International Shipowning & Shipmanagement Summit provided a global platform to discuss the preparedness of  today’s ship management sector in meeting the growing demands of the digital revolution as well as forward-looking ideas for activating its role in shaping and building the future of the global economy. Our participation highlighted Dubai’s experiences as a model city in developing one of the world's best maritime clusters in terms of competitiveness and attractiveness, based on the pillars of creativity, innovation and technological progress. We will continue to participate in international forums to bring Dubai's knowledge, expertise and achievements to the world in order to drive the growth of the international maritime industry. "

The summit sessions began with an official speech delivered by Bjorn Jebsen, President of (InterManager). The first session entitled ‘State of the key markets today and tomorrow: How to meet changing trade demands head-on’ was moderated by Henry Curra, Research Director at Braemar ACM, followed by a session entitled ‘Will Shipmanagement be a Standalone Service or Part of the Overall Service Offerings Expected by Tomorrow’s Owners and Charterers?’ guided by Marc O'Neill, President of Columbia Shipmanagement Ltd. Geir Isene, Co-Founder of Dualog Innovations Garage, moderated a session themed ‘Innovating for a Sustainable Future,’ while Malcolm McMaster, President of Globecomm Maritime, discussed the ‘Putting managers in touch with their ships: is shipping ready for the data revolution?’.

The 2017 Annual International Shipowning & Shipmanagement Summit was attended by several prominent industry figures, companies and maritime sector stakeholders from around the world who came to identify the most important issues affecting the current reality and the future of ship management and operation in light of the data revolution. The summit also showcased strategies for optimally balancing cost and quality while meeting sustainability requirements, in order to provide a safe sector that remains compelling and relevant amidst the 21st Century’s fast-changing world.