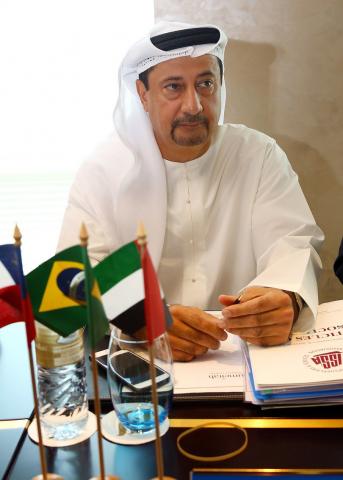 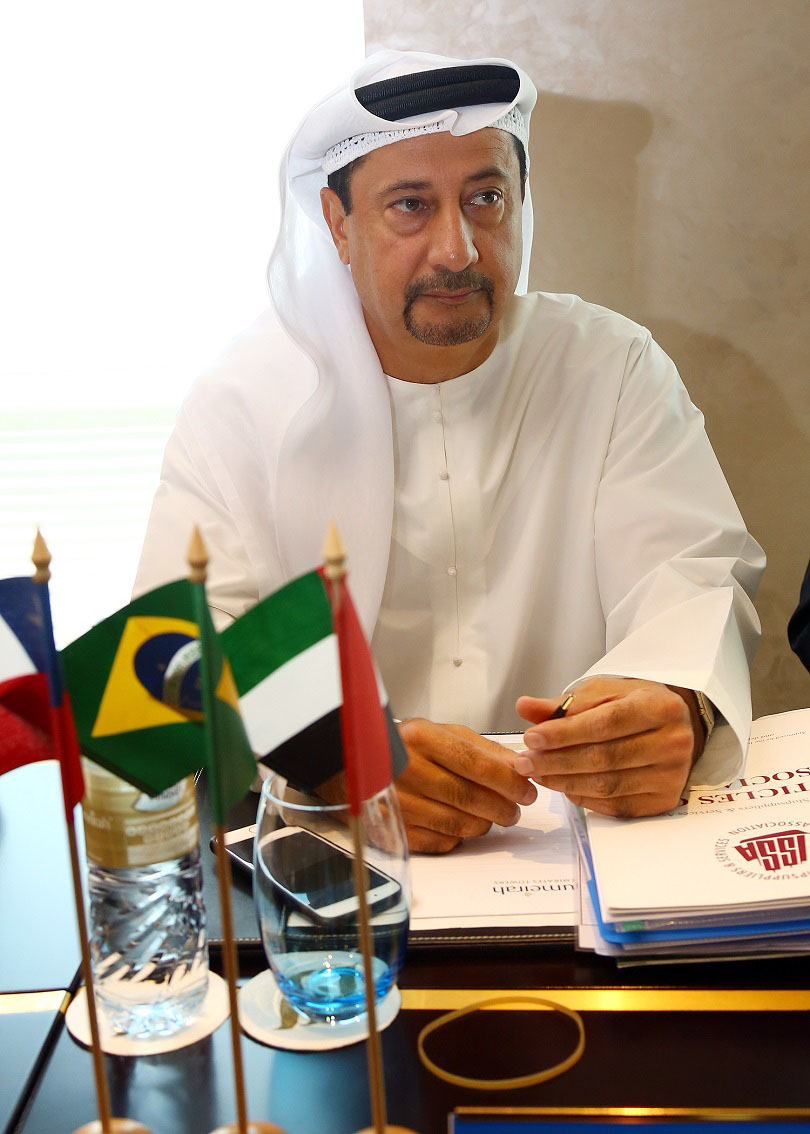 Dubai Maritime City Authority (DMCA) celebrated an Emirati achievement across the international maritime industry and extended its congratulations to Saeed Al Malik who has been elected as the new Chairman of the International Shipsuppliers & Services Association (ISSA). Winning by a unanimous number of votes, Al Malik is the first Arab national to hold the ISSA's top post. He will replace the incumbent Chairman, Singaporean Abdul Hamid Al Hajji, and will serve for three years beginning in 2018. Al Malik's victory represents a strong push in the UAE's candidacy for Category B membership into the International Maritime Organization (IMO) Executive Council.

Al Malik, who also currently serves as the Head of the UAE National Ship Suppliers Association (UNSSA) was elected for the position during the association's 62nd Annual Convention, which was held in Athens, Greece.The ISSA convention was attended by members coming from all parts of the globe, widely composed of decision-makers, pioneers and maritime professionals. The two-day event was also attended by top Greek government officials and diplomats, including His Excellency Sultan Majid Al Ali, UAE Ambassador to Athens, Greece.

Amer Ali, Executive Director, DMCA, expressed his pride in the UAE's new achievement, which confirms the high international confidence placed in the local maritime cluster. He stressed that the selection of Saeed Al Malik as the new chairman of the ISSA represents a strong boost to the unified efforts to position the UAE among the world's leading maritime capitals.

He said, “The election of Saeed Al Malik as the Chairman of ISSA is a worthy achievement. He is leading the efforts of the UAE National Ship Suppliers Association to enhance the competitiveness of UAE companies involved in the supply of vessels at the regional and international levels, based on solid pillars of quality, efficiency and excellence. There is no doubt that choosing Al Malik as the first Arab to head the international organization is a source of pride for all of us. We are confident that he will surely bring in remarkable development to the ship supplying segment during his three-year term.”

Meanwhile, Saeed Al Malik, newly elected Chairman of the ISSA and President of the UNSSA, stated, “I am the first Arab to assume this position and I am truly honored to be a representative of the UAE and Arab countries. I am looking forward to heading the ISSA's initiatives and programs that are aimed towards protecting the interests of IMO’s members, offer e-commerce services to its 1800 members and provide them with the necessary legal and financial protection services.”

Al Malik also added, “The objectives if ISSA, which operates in 42 countries, are to protect the interests of IMO’s members in the Maritime Sector, Customs and the Tax Authority. There has been great success in reaching an agreement with the IMO to solve disputes and problems related to vessels declared bankrupt or distressed.”

Al Malik explained that the UAE is a member of the IMO since 1996, and the joining project was supported by Dubai Ports at that time, pointing out that the UAE National Assembly was including 12 members which become 24 today.

“I intend to call upon the Federal Tax Authority to consider the cancellation of the value added tax (VAT) and customs duties on materials supplied to the ships as they go abroad. I hope to reach an agreement after discussing this issue with the officials of the Federal Tax Authority so that companies in the UAE can compete with their counterparts from other competing countries,” he concluded.

First established 62 years ago in the Netherlands. A year later, an office was opened in the British capital, London, which was well known in the field of navigation in the world and with the presence of international shipping companies, the ISSA has now grown to a membership of over 2,000 ship suppliers from all over the world.