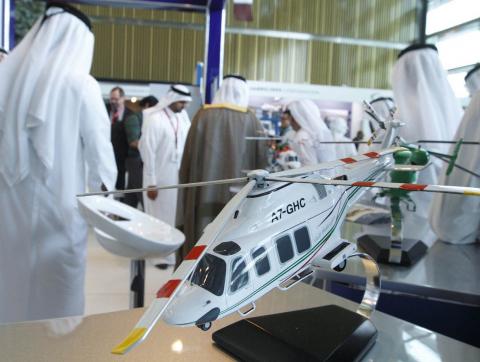 Dubai HeliShow 2018 is set to host two exclusive conferences 'Helicopter Technology and Operations Conference’ and ‘Military and Homeland Security Conference’-- during its seventh edition, which will run from November 6 to 8 at the Royal Pavilion, Al Maktoum International Airport, Dubai South. The two conferences, which are being held under the patronage of H.H. Sheikh Mohammed Bin Rashid Al Maktoum, Vice President and Prime Minister of the UAE and Ruler of Dubai, is set to highlight how private and government authorities across the world are now increasingly investing in the adoption and integration of Fourth Industrial Revolution technologies such as the Internet of Things (IoT), Robotics, Artificial Intelligence (AI), autonomous vehicles, and advanced helicopters into their operations.

The ‘Military and Homeland Security Conference’ will engage attendees from a range of sectors including customs, armed forces, border guards, police, homeland security, airports and ports, industrial security from the Middle East and beyond in the discussion of roadmaps, regulations and policies required to effectively improve homeland security capabilities. Academia and suppliers and solution providers from the commercial sector will also be able to gain industry insights from keynote sessions, live onstage interviews and networking sessions with industry leaders, to be held as part of the Conference. 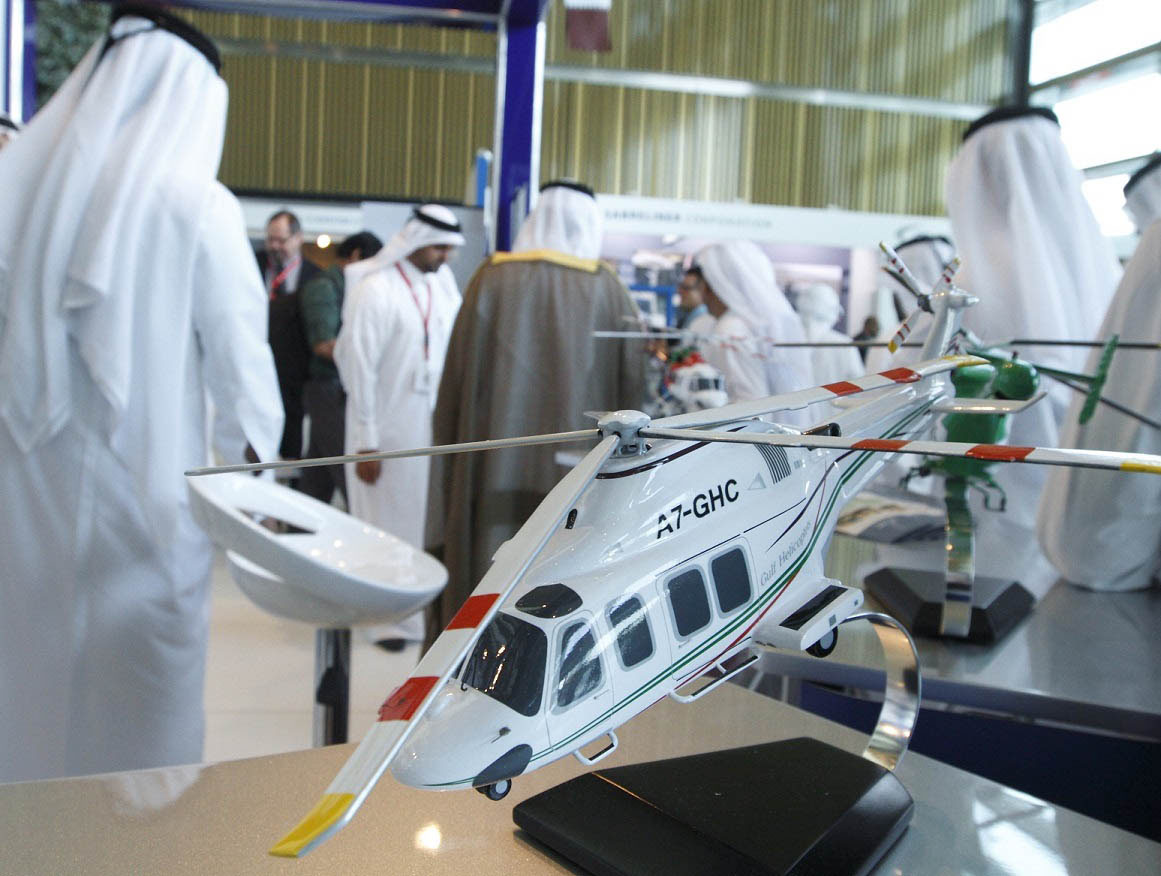 Keynote sessions by distinguished speakers will cover a vast range of topics including women in policing; smart policing; interoperability in defence and policing missions; the role of IoT in security operations; and modernization of threat detection of smart cities, among many others. Additionally, a session on the importance of crisis communication will help government and law enforcement communities understand the nuances of public communication during an unexpected crisis situation.

Other key focus areas of the ‘Military and Homeland Security Conference’ include combatting of transnational crimes through exchange of intelligence; inter-agency cooperation for mega world events such as the upcoming EXPO 2020; ways to enhance joint security operations in the Middle East; best practices in airline and aviation security; and optimization of search and rescue operations using helicopters.

By bringing together decision makers from across the MENA region to explore latest cutting-edge products, services and technologies in the commercial, civil defence and military helicopter markets, the ‘Helicopter Technology & Operations Conference’, set to be held as part of the 2018 edition of the Dubai HeliShow, will provide an excellent platform for industry stakeholders to network and build new business partnerships. In addition to a range of panel discussions and keynote sessions that focus on the region’s helicopter industry including heliports standards in the UAE; spectrum regulations for commercial helicopters in the UAE; and overcoming challenges for helicopter modifications, the Conference will also examine the importance of electronic warfare in a disrupted world. Furthermore, the role of multi-role helicopters in search and rescue missions, oil and gas and critical infrastructure monitoring will be under the spotlight.

Ahmad Abulhoul Managing Director, Domus Group, organizers of Dubai HeliShow 2018, said: “The two exclusive three-day conferences - 'Helicopter Technology and Operations' and 'Military and Homeland Security' – the main highlight of Dubai HeliShow 2018, have been conceptualized after carefully examining evolving trends, opportunities and challenges in the industry. Through engaging participants in meaningful dialogues, these sessions aim to collectively identify the possibilities of latest technological innovations in these sectors and help attendees gain insights and perspectives from international case studies.  Besides, they will be able to benefit from interactions with influential stakeholders, which can significantly contribute to the growth of their businesses.”

Dr. Paul Adams, a Rural Generalist doctor practicing in Longreach (Queensland, Australia) and former chairman of Aeromedical Innovation Australasia (2015-2018), said: "I'm excited to share with the audience our continued progress on Project Thunderbird, which strives to pioneer and implement powered lift aeromedicine for public service in the remotest corners of outback Australia as soon as is sensible.  Fixed wing aircraft like those operated traditionally need runways or roads to take off and therefore aren’t able to land directly at the scene of many rural emergencies. Tiltrotor technology is predominantly used by the US military however soon there will be a civilian option. We are promoting the undelayed deployment of tiltrotors for aeromedical retrievals in Australia with our vast landscapes and low density inland populations. I am very keen to participate at the Dubai Helishow as this will open doors as a fantastic business networking opportunity not just for the Middle East region but globally.” 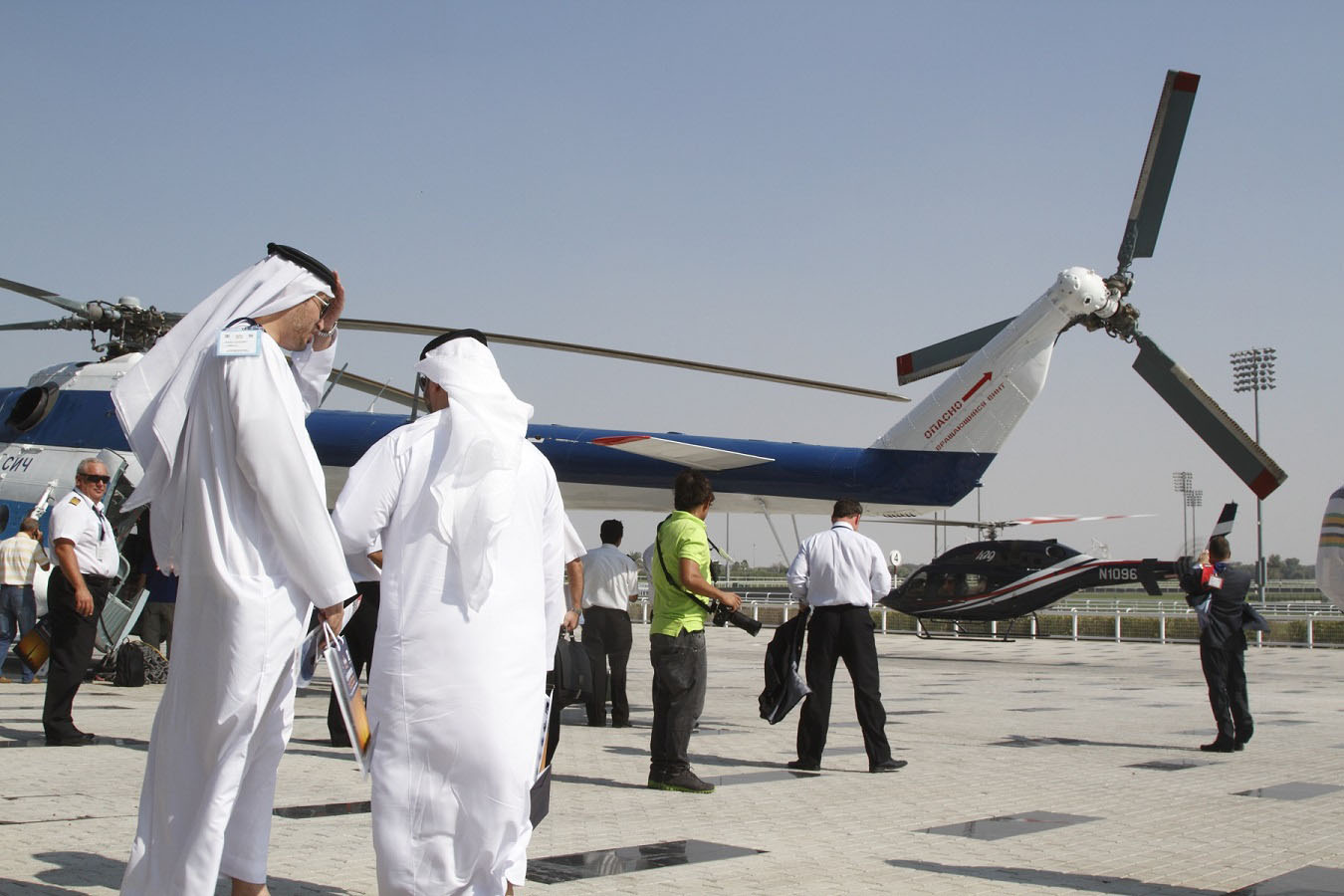 Dubai HeliShow 2018 is a unique platform for both regional and international companies in the field of civil and military helicopter technology and operations as well as the military and security industries to showcase their products, services and technologies for these sectors and explore prospective partnerships.