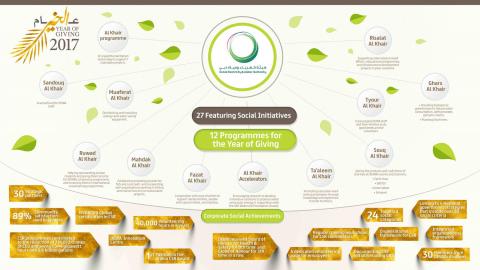 Dubai Electricity and Water Authority (DEWA) has approved 12 main programmes to provide 27 social and humanitarian initiatives that directly support the three themes of the Year of Giving initiative, which was launched by HH Sheikh Khalifa bin Zayed Al Nahyan, President of the UAE. DEWA’s initiatives support the directives of HH Sheikh Mohammed bin Rashid Al Maktoum, Vice President and Prime Minister of the UAE and Ruler of Dubai, to implement initiatives to support everyone in the UAE, and establish a permanent change in the way the next generation helps the UAE. 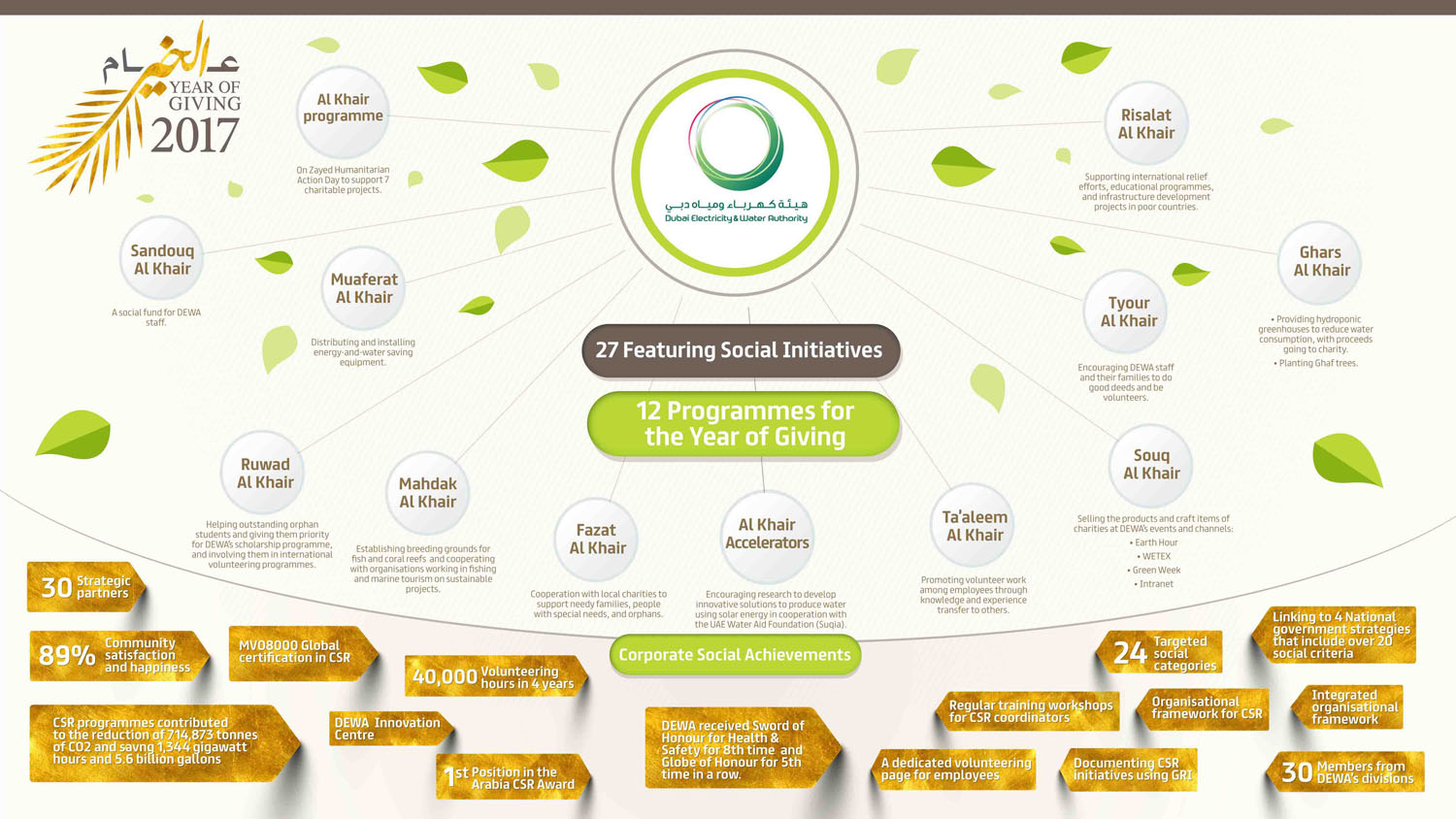 “DEWA works according to an integrated organisational framework to serve society and promote cohesion among its members. Our social initiatives are part of a comprehensive framework that is aligned with the UAE Vision 2021, the Dubai Plan 2021, and the DEWA Strategy 2021. This includes plan development, launching the initiatives, implementing, and evaluation according to the Global Reporting Initiative (GRI), to ensure the sustainability of results. DEWA cooperates with a number of government and private organisations to promote social responsibility, and encourage volunteer work among DEWA staff and society as a whole. We also work to instil the value of serving the nation in the hearts of new generations to reflect their love for the UAE, which is a value that already fills the hearts of the UAE’s citizens and residents. The ultimate objective that we all strive to achieve is the happiness of individuals and society, to ensure a brighter future for generations to come,” said Al Tayer.

DEWA’s CSR efforts over the last few years have contributed to an increase in community satisfaction and happiness levels, from 82% in 2013, to 89.01% in 2016. DEWA also received many international awards and certificates in CSR, including the MVO8000 Global certification in CSR, becoming the first government organisation in Dubai to receive this global recognition.