Coinciding with its 10th anniversary and in the Presence of Mrs. Claudine Aoun Roukoz 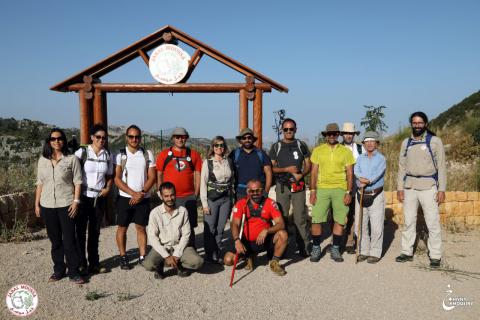 The Association for the Protection of Jabal

of its Hiking Trails

The Association for the Protection of Jabal Moussa officially unveiled on Thursday the latest of its hiking trails connecting all trails together in a full loop during an event held at the reserve’s entrance in the town of Qehmez (Baydar El-Shawk), and in the presence of Mrs. Claudine Aoun Roukoz, Special Advisor to the President on environmental affairs, Ms. Lara Samaha, Head of the Department of Ecosystems at the Ministry of Environment, heads of municipal councils, town mayors from neighboring villages, as well as environmental activists, ecotourism stakeholders, and the media.

Coinciding with its 10th anniversary, the Association for the Protection of Jabal Moussa underlined the importance of the reserve, including in establishing the grounds for the sustainable economic development of the region and in protecting both its environment and its heritage and traditions.

The event, which helped promote local food products and handicrafts on site, began with a walk through the reserve’s loop-completing newest trail, the “Trail of Violets”, allowing participants to discover the natural and cultural uniqueness of Jabal Moussa.

In his welcome speech, the President of the Association for the Protection of Jabal Moussa, Mr. Pierre Doumet, traced the relentless efforts undertaken by the Association in the last decade to safeguard and protect the mountain and to place it on the global tourism map, thanking sponsors and backers for supporting the Association’s objectives and noble cause. Mr. Doumet added that “the Association’s primal goal is to ensure local sustainable development”, emphasizing that “the economic activity in the region is continuously growing, rendering the reserve a key guardian of our traditions, heritage, identity, and roots”.

Mr. Khalil Fattal, a major supporter of the project and member of the Friends of Jabal Moussa, applauded meanwhile the “pioneering role” played by the Association for the protection of Jabal Moussa, calling on attendees “to serve as active ambassadors of the Association, both in Lebanon and abroad, particularly that its aspirations are boundless and similar initiatives can only benefit local communities and the country as a whole”.

Prominent athlete Silvio Chiha expressed his gratitude for being chosen by the Association to test and walk the full trail accompanied by seasoned environment experts, stressing on “the importance of the exceptional biological and cultural diversity in the reserve”, and inviting everyone “to try and live that unique experience themselves”.

The event likewise saw the distribution of “I Walked the Loop” certificates to 10 environmental activists and athletes who completed the 19 kilometers loop across the entire mountain, while a short video was also shown featuring an overview of the hiking experience across the complete trail, noting that the reserve includes a number of off-track trails which, when accounted for, increase the total number of trails in the reserve to 15.

The event concluded with a tasting of culinary products typical of the seven villages that make up Jabal Moussa and prepared by the owners of their guest houses and women residing in the area.

The Jabal Moussa Biosphere Reserve is located in Kesrouan El Fotouh-Jbeil, 50 kilometers from the capital Beirut, and ranges from 350 to 1700 meters above sea level. The Reserve covers an area of ​​6500 hectares and is part of UNESCO Biosphere Reserves Network.

The Association strives to protect the ecological and cultural wealth of this mountain, with ecotourism contributing to job creation and development in the main villages around Jabal Moussa, including Yahchouch, Qehmez, Nahr ed dehab, Ghbele, El iibre, Chouwen, Ain al-Dilbeh and Jouret el Thermos .

The Association recently collaborated with the Lebanese Army’s Directorate of Civil Military Cooperation (CIMIC) and the Beirut Air base in order the transfer, by military helicopters, 20 tons of building materials from the Mayruba runway to the Jabal Moussa reserve. The objective of the operation was to strengthen the foundations and prevent the deterioration, due to the effects of weather and time, of the archeological landmark known as the “houses site”, and which features three houses abandoned in 1965 and embodying local architectural heritage, characterized by decades-old vaults topped with decorative domes and a clay roof. 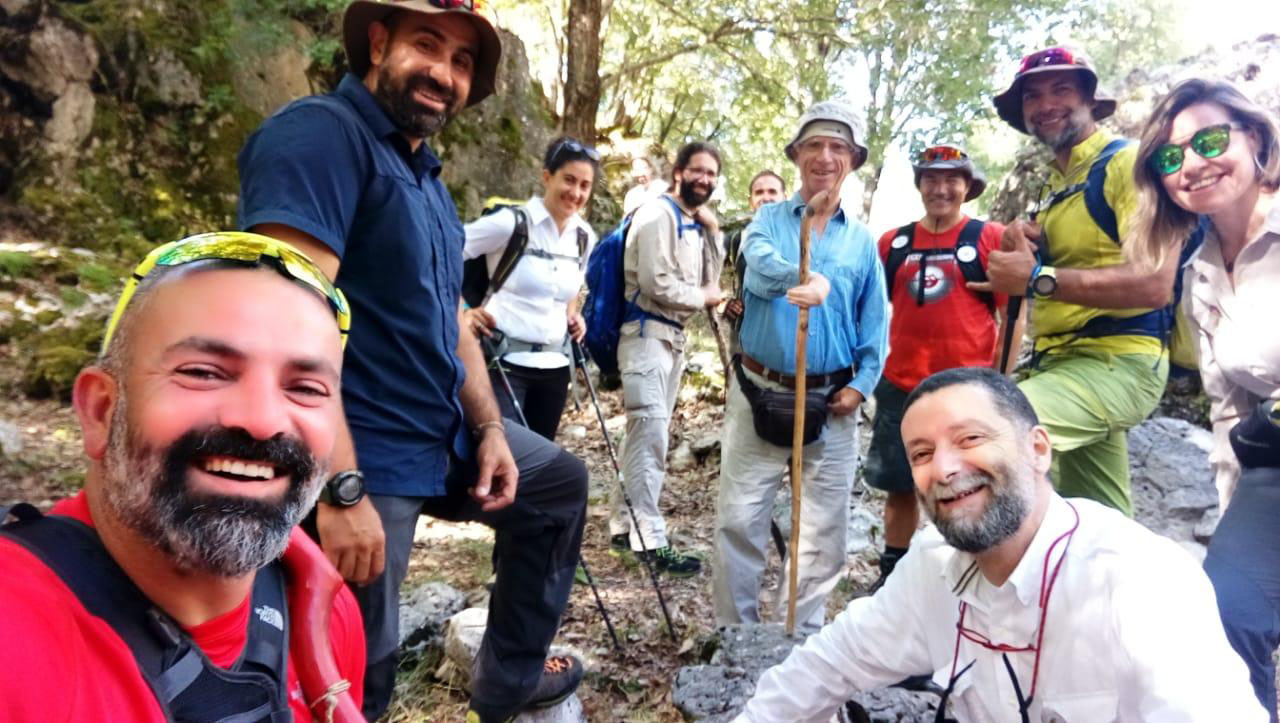