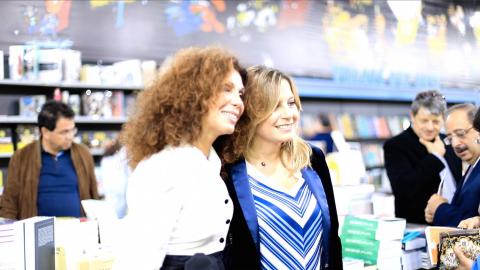 Under the patronage of the Head of the National Commission for Lebanese Women, Mrs. Claudine Aoun Roukoz, artist Joumana Haswany signed her first book entitled “De Rêve, de Terre et de Feu; At the Cedars, Enchanted; من الأرز، أرز الرّب”, on Friday November 10, 2017, at the 24th edition of Francophone Book Fair in Biel, with the support of Librairie Antoine, which published this special and deeply moving book.

Just as the green bud that grows to develop into a beautiful flower, Joumana Haswany started her journey in arts about 13 years ago. She learned how to paint by herself and went on looking for her inner self in the secrets of her life, drawing from the depths of nature paintings and drawings that instantiate her joy and strength, as well as her sadness and weakness. Joumana participated in numerous individual and collective exhibitions in Lebanon and abroad, along with internationally renowned artists, at the Holy Spirit University – Kaslik, the Art Dalia Gallery – Paris, owned by the artist Dalia El Fayed, Dodi El Fayed’s sister and the Besharat Gallery – Barbizon, one of the most prestigious art galleries in the world.

The two exhibitions held in Paris and at the Holy Spirit University – Kaslik were entitled “Of Dreams, Earth, and Fire”, gave rise to Joumana’s first book, bearing the same title, and hiding various meanings between its lines, thus generating poem, prose, and life. According to Joumana, the title of the book reflects its content and embodies her own way of understanding life as she perceives it, and in fact represents the life of this inspired and beautiful artist. Everything starts with a dream. But once this dream disappears, we also do. It is a dream that can only be realized on earth through struggle and hard work, fueled by passion, represented by fire.

It is this passion that Joumana found in her dialogue with her paintings, and in her love towards her family and her country. This book is written in three languages: Arabic, French, and English. The fourth language is the language of oil paintings, through which Joumana transmits her feelings, while making them bright and alive. Among the beautiful poetic passages that Joumana has written in her book, is this verse in which she says “Relive the memories and bask in the beauty of the feelings, even though it is just that”.

Joumana found a source for her passion and her capacities in Mother Nature, which is not merely any nature, but is the nature of the Cedars deemed as inherent to her being and considered as an echo for her life and an inspiration for her brush. Joumana’s book depicts pictures of her amazing drawings taken from natural landscapes such as the trees, the sky, the hills, the mountains, and the valleys, namely the Qadisha valley, in addition to many portraits in different parts of the book. Joumana says “I am glad we met again. I keep playing it over and over in my mind… And the wind whistles the cold melody of winter”. What makes this book so special is that, through its pictures and content, it constitutes the result of a unified work of an artist who mixes her feelings and emotions among the drawings of the book and its texts. In this context, it is worth noting that the poems of the book, instigate the reader and run in his veins for the huge impact they have on him. They are lively poems that speak to their readers and push them to discover their deepest meanings.

The crowd who attended the exhibition included a number of prominent figures and a large number of journalists and reporters. Media and public relations assistance was provided by NOISE PR Firm LLC in preparation for this book. Adyar, the leading Lebanese organic winemaking brand also offered its support. The successful event received extensive media coverage. In addition, Joumana will hold the second signature of its book at Amioun on December 20, 2017, in the presence of the region’s main actors and a number of lawmakers and ministers. 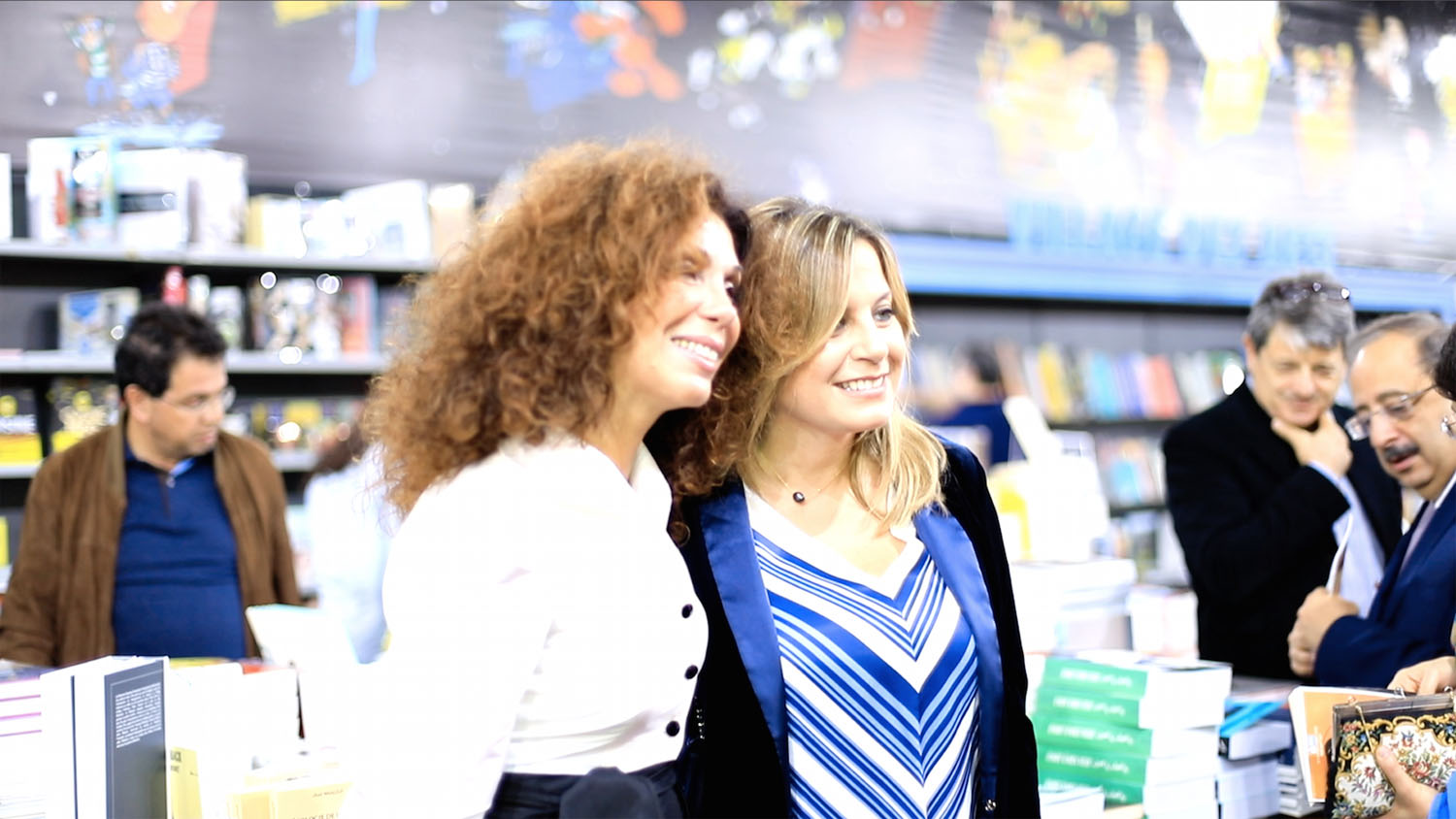 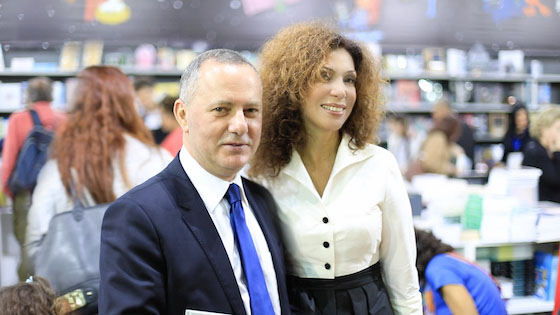 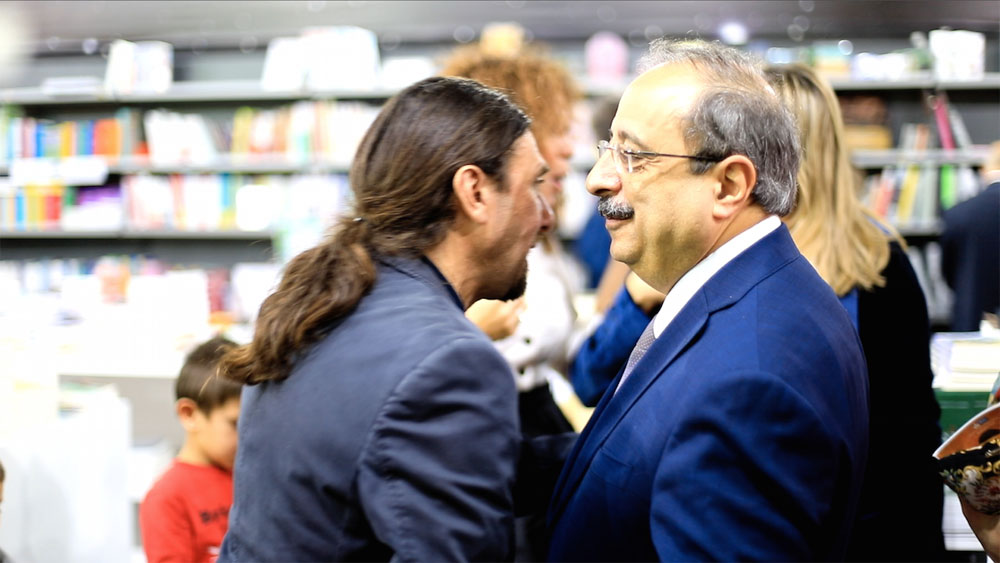 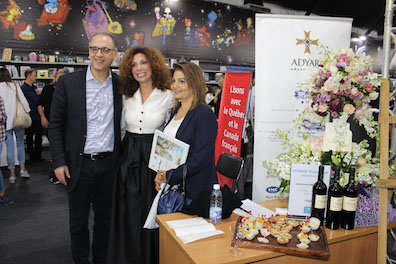