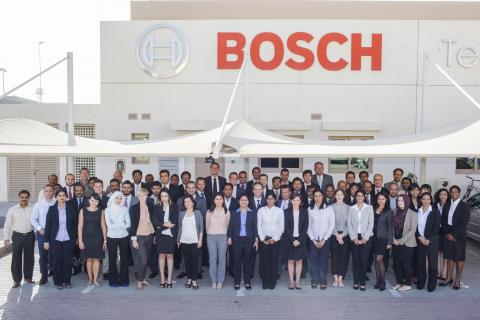 Bosch, a global supplier of technologies and services, one of the world's largest automotive suppliers, has expressed confidence in spreading its core values across the Middle East markets. Consistent values help to overcome changing challenges. The company is looking towards leveraging its diverse portfolio of automotive parts and services, power tools, security systems, thermotechnology and its drive and control technologies. 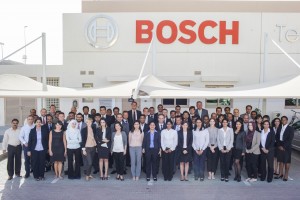 According to Bosch senior executives, the company’s success over the last 128 years can be attributed to its guiding values. They clearly reflect the manner in how to run the business and the professional ethics that have successfully strengthened ties with their business partners, investors, employees and society as a whole. Bosch’s seven core values are: 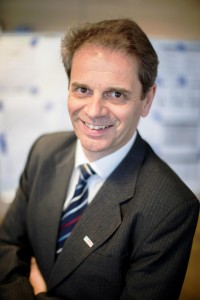 “The Middle East’s various markets remain vibrant and on the path to constant growth. Remaining true to our companies’ values helps us to grow along. We offer automotive parts & services as well as the best solutions for the region’s thriving construction industry like security systems, thermotechnology and power tools. In addition, Bosch Rexroth is one of the leading specialists in the field of drive and control technologies representing a one-stop source for controls, electric drives, hydraulics and mechanics.” concluded Volker Bischoff, General Manager & Vice President, Bosch Middle East.

Additional information can be accessed at www.bosch.com or write to info@ae.bosch.com

About the Bosch Group

The Bosch Group is a leading global supplier of technology and services. In 2013, its roughly 281,000 associates generated sales of 46.1 billion euros. (NB: Due to a change in accounting policies, the 2013 figures can only be compared to a limited extent with the 2012 figures). Its operations are divided into four business sectors: Automotive Technology, Industrial Technology, Consumer Goods, and Energy and Building Technology. The Bosch Group comprises Robert Bosch GmbH and its more than 360 subsidiaries and regional companies in some 50 countries. If its sales and service partners are included, then Bosch is represented in roughly 150 countries. This worldwide development, manufacturing, and sales network is the foundation for further growth. In 2013, the Bosch Group invested some 4.5 billion euros in research and development and applied for some 5,000 patents. This is an average of 20 patents per day. The Bosch Group’s products and services are designed to fascinate, and to improve the quality of life by providing solutions which are both innovative and beneficial. In this way, the company offers technology worldwide that is “Invented for life.”