Börje Ekholm: 5G IoT to change how we work and live 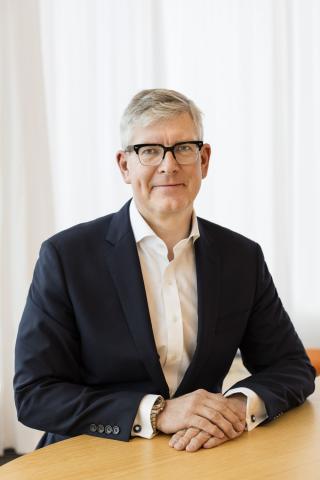 A new Internet of Things-focused (IoT) 5G R&D center in Russia will soon help to transform the lives of people, businesses, and society – in Russia and beyond - Ericsson President and CEO, Börje Ekholm, said today. 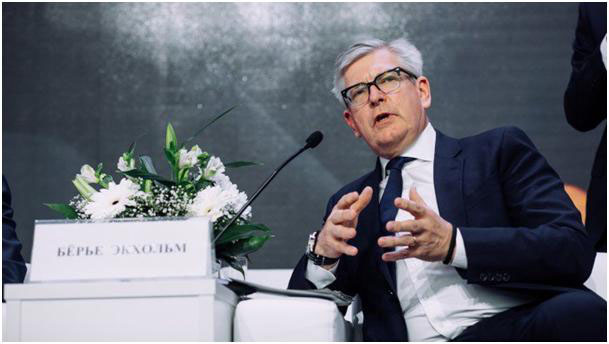 Speaking at the official opening of the joint Ericsson/MTS facility in the Russian Federation Republic of Tatarstan, announced at the Mobile World Congress in February, Ekholm emphasized that 5G will make transformative IoT a reality.

“Ericsson is making 5G happen right now,” he said. “Evolved mobile broadband will be the first 5G business case, so service providers can cope with data traffic doubling every 18 months. But 5G will also bring new capabilities in low latency and long battery life. This is especially important for IoT, the focus of this center.”

“With so many connected devices, we believe that relying on Wi-Fi won’t deliver the reliability needed. Licensed spectrum is therefore critical,” he said. “In this center, Ericsson and MTS experts are collaborating on 5G-enabled ecosystems, prototypes, and business cases.”

Cities will be one of the development focuses at the center, including the areas of ecology, utility optimization, infrastructure, environmental monitoring, and transport.

Ekholm said the center would benefit from Ericsson technology leadership including the IoT Accelerator Marketplace and enhanced 5G Platform – which will allow service providers to launch 5G from the fourth quarter of 2018.

“Many of the faces you see here today will change how we work, live and socialize,” he said. “They will also be part of Ericsson’s global IoT and 5G R&D ecosystem, which includes collaborating with service provider partners, industrial partners, and universities. It’s great to see students of Innopolis University present today. What an exciting time to start in our industry.”

“I also want to acknowledge our partner MTS. We have a long-standing and successful relationship.” he said.

MTS President, Alexey Kornya, told guests that MTS and Ericsson have been working together on the practical implementation of 5G, IoT and Big Data technologies.

“With the support of the authorities of Tatarstan, the R&D Center will become a place of attraction for partners, leading enterprises and universities in the development and implementation of viable commercial products and projects. In the future, we intend to replicate successful solutions in other regions of Russia, and our ambition is to bring joint developments to the global market.”

“Today we welcome the opening of the joint research center of the world brands Eriсsson and MTS in Tatarstan. Thank you for choosing Innopolis,” he said.

“One of the areas of cooperation will be the development of technologies associated with the digitalization of urban infrastructure in the municipalities of Tatarstan. We hope that smart technologies developed by the joint facility will spread across Russia in the near future.”

The first R&D Center-supported projects were also announced at the launch ceremony.

Ericsson and MTS have signed a cooperation agreement with PJSC KamAZ, the largest manufacturer of heavy trucks in Russia, to support autonomous vehicles.

MTS and the city administrations of Almetyevsk and Arsk have signed agreements on the deployment of Narrow Band IoT Smart City solutions for the utility sector, city infrastructure management, urban transport and environmental monitoring.

Ericsson and MTS have also organized hackathons with local partners

The MTS and Ericsson roles at the center include developers, engineers, business analysts and business development managers.