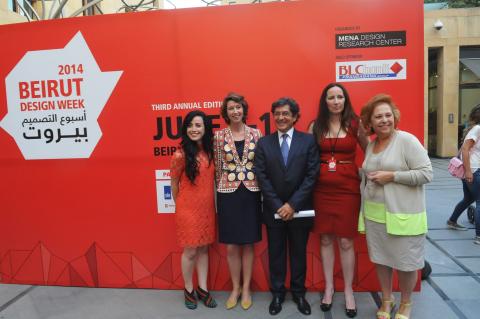 9th June 2014 - Beirut Design Week (BDW) was launched this year at the Souks of Beirut under the patronage of the Lebanese Minister of Tourism, Michel Pharaon, in collaboration with designers from the Danish and Dutch Design Week, and organized by the MENA Design Research Center.

Beirut Design Week will run this year from Monday the 9th of June to the 15th and will showcase the work of local and international designers through exhibitions, conferences, workshops and open studios featured all across the capital.

“We are excited to be organizing the Beirut Design Week, currently in its 3rd Edition, and to witness its growing success every year,” states Maya Karanouh, co-founder of the MENA Design Research Center and CEO of TAGbrands . “Since the beginning, the festival has stood firmly on pillars of creative economies, intercultural exchange, design education and entrepreneurship,” adds Doreen Toutikian, co-founder and Director of MENA Design Research Center. 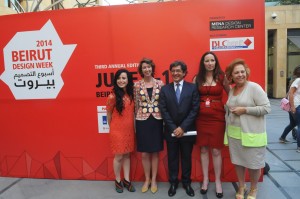 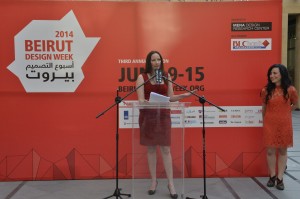 Beirut Design Week will serve as a platform of cultural exchange between the city and the rest of the world. This year, it has been organized in such a way that each day will be dedicated to a certain part of the city; the program allows the audience to explore every area of Beirut without missing out on any of the events.

“In terms of scale and variety, Beirut Design Week is one of the largest festivals in Lebanon, encompassing over 90 events and locations,” emphasises Toutikan. “Some of the events that should not be missed this year are the Dutch Design Exhibition, the Danish Architecture Exhibition, the Newcomers Exhibition, the Designer Dinners and the films at the Metropolis Cinema, in addition to the Designer Market and the tours of Bourj Hammoud and Mar Mikhael stairs.” 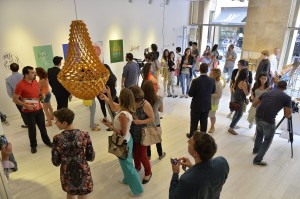 Since its inception in 2012, Beirut Design Week has helped build the careers of over 50 young designers in Lebanon by promoting their projects through exhibitions, workshops and talks.

One of the organizations in partnership with Beirut Design Week is the Lebanese American University, which is hosting a conference with big names such as Mona Hatoum and Hilary Alexander at the Beirut Campus on the 12th of June. 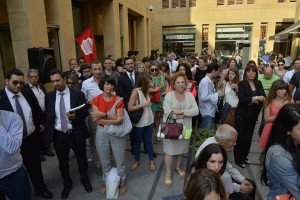 In addition to this, Rowan Bain from the Victoria and Albert Museum in London will be holding a talk on International Design, and Rik Runge from Philips will be conducting an interactive workshop, both on the 11th of June.

“Working with Beirut Design Week enables students to experience our local design scene and interact with successful working designers operating in our city,” explains Karanouh. “The conference will involve a panel of regional and international designers and educators discussing the support and development of our design scene and how to use our current design talent to solve issues facing our country today.”

The MENA Design Research Center is a Lebanese non-profit organization that focuses on promoting a diverse understanding of design through the implementation of design research and collaborative multidisciplinary projects in the region.

Notes to the Editor:

Beirut Design Week is held annually in June across Beirut City, featuring exhibitions, conferences, workshops and open studios showcasing the work of local and international designers operating within Lebanon. The event focuses on creative economies, intercultural exchange, design education and entrepreneurship. Beirut Design Week is organized by the MENA Design Research Center, a non-profit organization co-founded by Doreen Toutikan and Maya Karanouh. The Center is focused on promoting a diverse understanding of design through the implementation of design research and collaborative multidisciplinary projects in the region.

Doreen Toutikian is an interdisciplinary designer and a social entrepreneur. After years of design studies in Cologne and Glasgow, she returned to Beirut to pursue her career in building a collective design community. She believes that the key to all successful design is collaboration. This belief has inspired her to initiate various projects in order to encourage multidisciplinary teamwork for social innovation. Such projects include ‘Public Design Intervention: Beirut’ and DESMEEM. In 2010, she wrote her Masters thesis on the creation of the MENA Design Research Center (DRC) under the supervision of Prof. Dr. Michael Erlhoff, which was awarded in the Koelner Design Preis. She then sought partnership with the private sector in Lebanon to fulfill her goal; leading her to TAGbrands and Maya Karanouh. She is currently Director of the MENA DRC, organizer of Beirut Design Week, educator on design research methods, board member of the International Gender Design Network, fellow in the Salzburg Global Seminar, member of the British Council Cultural Leadership & Innovation Program and a regular guest speaker at various conferences around the world. www.menadrc.org

In the past decade Maya Karanouh has been an active entrepreneur and is a leading member of the regional creative sector in the Middle East. Maya is currently the CEO at TAGbrands, an award winning branding strategy company that aligns brand image with the strategic objectives for its clients. TAGbrands is proud to have amongst its regional client base: Banque du Liban, Bank Audi, World Sports Group, IPT, Debbane Saikali Group, Eduvation, Slim Oil, Bar Tartine, Patchi and M1 Group. TAGbrands has won several international design awards such as the Silver Midas Award (2011), Graphis Annual (2011) and the ReBrand 100 Award (2011 & 2014). Maya has been honored to receive the following awards for her work in the private sector as an entrepreneur: the 2006 British Council’s Young Design Entrepreneur of the Year for Lebanon, the “35 under 35 Global Women Entrepreneurs” award in 2007 and the “Rising Talent” award by the Women’s Forum in France in 2008. As Maya is a strong believer in design and innovation she co-founded the MENA Design Research Center in 2010 a non-profit organization dedicated to design research and social change in the Middle East and North Africa, in which she co-organizes Beirut Design Week each year, which is currently in its 3rd edition.