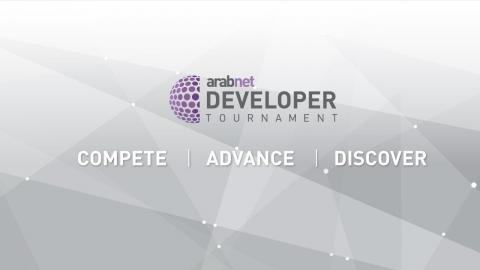 Jordan, May 9, 2014: A group of young web and mobile developers gathered last Saturday at the ArabNet Developer Tournament in Jordan, the third in a series of regional tournaments for developers spanning 3 Arab countries: Lebanon, UAE, and Jordan. The tournament, which was held with in partnership with Nabbesh, took place at Oasis 500 Business Center in Amman. The venue quickly became tightly packed with anxious competitors and many more that were there to network, build their coding skills and connect with potential employers.

The ArabNet Developer Tournament consisted of 3 Competition Rounds that challenged the participants in speed, creativity, and competency. The tournament also had two new elements that added a unique dimension to the competition. The Code Lab consisted of a high-level workshop that honed the hands-on skills of the developers, while the Job Fair allowed attendees to connect and build relationships early-on with potential employers from the design and development industries. 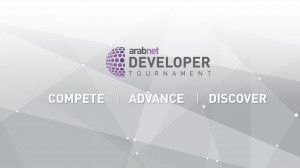 Raed Marji, CTO & Co-founder of JoGeeks and one of the judges at the tournament, commented on the quality of developers saying: “We noticed that the developers have great capabilities, which made it easier for us as judges to evaluate their work. We met with amazing developers that we might consider hiring or recommending to other companies.”

Loay Abu Qaoud, Web & Integration Team Leader of Orange Jordan, and another judge at the tournament, said: “We have noticed great improvement throughout the competition. The best developers made it until the end and we got great results from all the participants.” He added that such events are a great opportunity for all developers in Jordan: “The tournament is one of the leading competitions in the Middle East, and I encourage all developers to participate since it will give them the ability to showcase their skills and get great opportunities.”

Omar Christidis, CEO and Founder of ArabNet, explained the significance of organizing the tournament for the second year in a row, stating: “We created the competition with one goal in mind: to give Arab developers a chance to showcase their talent to the world, learn from each other, and get better opportunities to advance in their careers.”

The tournament ended with 4 top developers that were crowned as Jordan’s Code Masters and received $5000 in cash prizes. The winners were: Code Master Anas Salman in 1st place, Code Ninja Mohammad Almawali in 2nd place, Code Wizard Saeed Ismaeel in 3rd place, and Code Warrior Waleed Tuffaha in 4th place. They will all represent Jordan and compete with 8 expert Arab developers in the final Regional Championship that will be held at the ArabNet Digital Summit 2014 on June 3-5 in Dubai.

ArabNet is the hub for Arab digital professionals and entrepreneurs, creating online and offline platforms for them to connect and learn. ArabNet’s vision is to grow the web and mobile sector in the Arab region; through its activities, it also aims to build business bridges across the MENA, stimulate the growth of the Arab knowledge economy and support the creation of new businesses and job opportunities for youth.