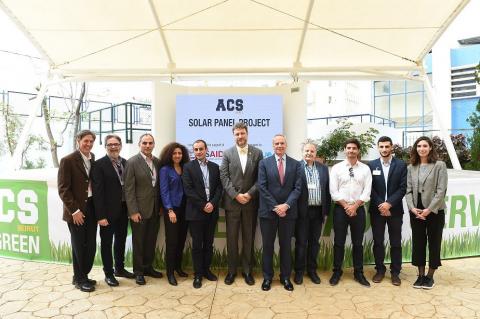 ACS is setting an example for the community,

A “living laboratory” for sustainable education 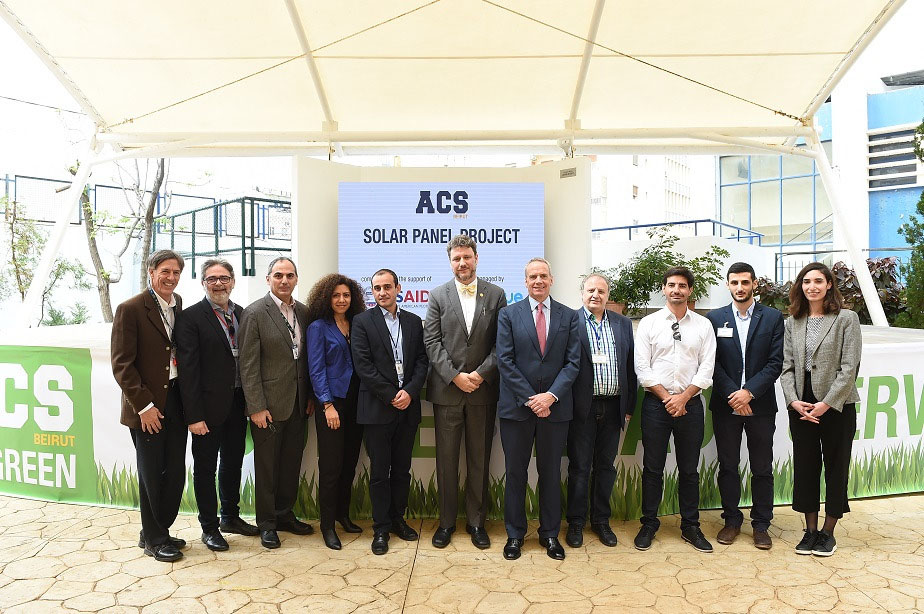 On Tuesday March 20th, American Community School Beirut inaugurated their solar panel renewable energy project, in the presence of the Deputy Chief of Mission at the US Embassy Mr. Ed White and Mrs. Patil Mesrobian from the Lebanese Center for Energy Conservation (LCEC.)

This project, which is the largest solar panel installation on a school campus in Lebanon, will generate up to 25% of the school’s energy needs, and the unused energy will be routed back to the national grid.

The solar panel project that took two years to complete, was made possible through capital planning at ACS and grants from USAID.  Local green tech company Yelloblue, managed the installation and other technical issues. 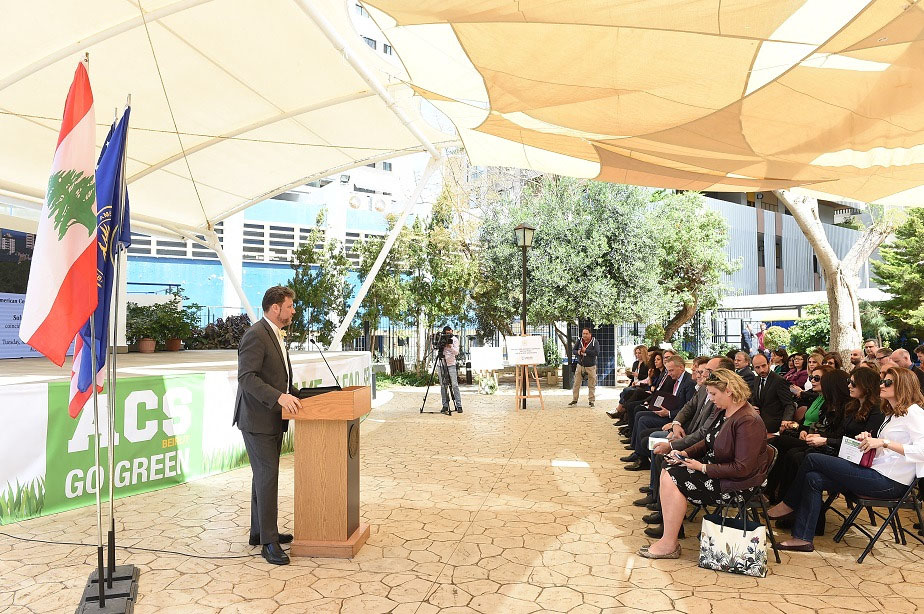 2060 m2 of panels were installed on over eight roofs, the total system capacity amounts to 340 KWp, and will save approximately $50,000 a year on the $195,000 energy bill. Currently, the traditional energy is supplied from the national power grid and from on-campus generators. 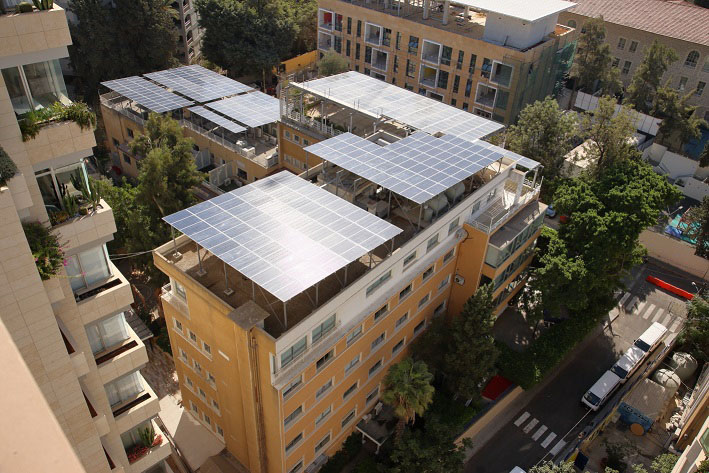 “Beyond providing energy for our use, ACS hopes to take the excess energy generated, during weekends and vacation, and give it back to the power grid of Lebanon.” said Head of School, Greg MacGilpin Jr.  “We will also continue to think about how to reduce or revise our energy consumption, teach our students the significance of such efforts, and live lighter, smarter and careful on our earth,” he added.

Not only will the solar panels create new energy, cut costs, and eventually supply excess electricity to the National Grid, students can learn the cost and impact of renewable vs nonrenewable energy. The panels will reduce by 400 tons yearly the CO 2 emissions resulting from the use of fossil fuels in traditional energy production.

ACS is setting an example for the community, choosing to be green and doing what is better for the environment. The school aims to be a “living laboratory” for sustainable practices and education.

ACS will organize educational activities around the photovoltaic panels and the renewable energy, including presentations, experts’ talks, “green” events and guided visits to the roofs. An electronic ‘dashboard’ allows individuals to see the energy production and environmental savings in real time. Adapted courses/workshops will be introduced to the curriculum, and students are actively engaged in using the data from the dashboard in science projects and other projects at school. Each ACS member will be an advocate spreading the awareness in his small community.

This project is part of ACS green roadmap and engages students to solve, lead and serve.  ACS is empowering students to be good global citizens and make a difference. It’s part of a comprehensive plan adopted by the school, founded in 1905, to channel all the efforts of integrating sustainability into the existing facilities and any potential new development or renovation. This Green Roadmap includes measures related to Energy Eﬃciency and Conservation, water consumption reduction, waste management, transportation and sustainable procurement (i.e. choosing products with reduced and recyclable packaging and eco-friendly cleaning products). 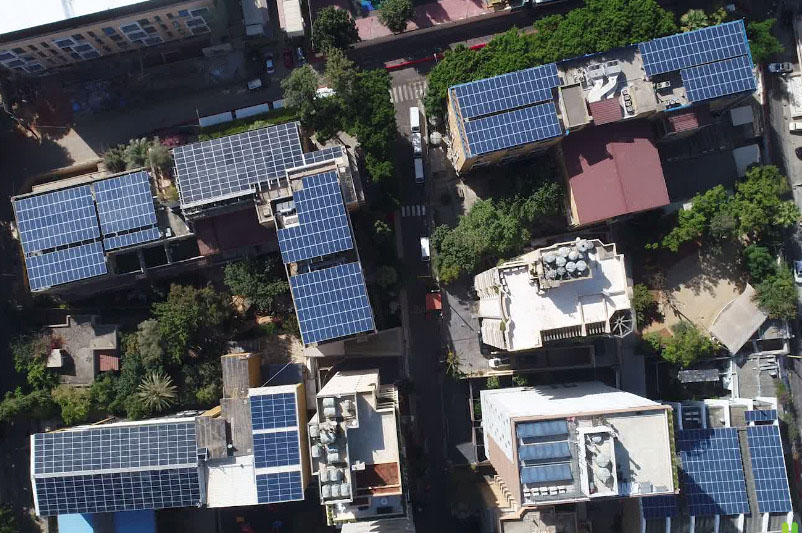 Guest speaker Mrs. Patil Mesrobian, of Lebanese Center for Energy Conservation explained the LCEC role in Lebanon, and enumerated the renewable energy and energy efficiency projects implemented by Lebanese schools that have been financed by LCEC. While these projects produce 1 650 000 KWh/year, saving 290 000 $/year on the energy bill, and reducing CO2 emissions by 1000 tons, then acknowledging that ACS has the largest rooftop solar panel project on a school building in Lebanon. She applauded ACS for their renewable energy initiatives.

Turnkey contractor, Yelloblue, had 2 representatives address the technical issues of the project which includes placing panels on 8 separate roofs, divided by streets and requiring more than 4 kilometers of cables.

Students representing the Middle School and High School divisions at ACS presented their impressions of the solar panels and how that data has been used in their classrooms.  The student co-curricular group ‘Go Green’ explained what they are doing now on campus for the environment and what they hope to do in the future.