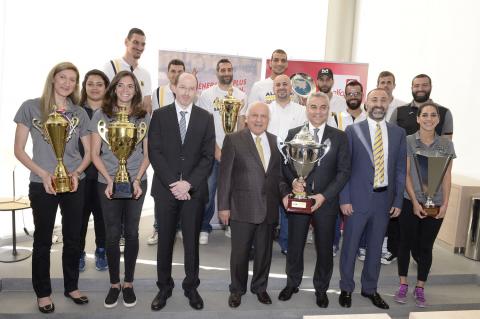 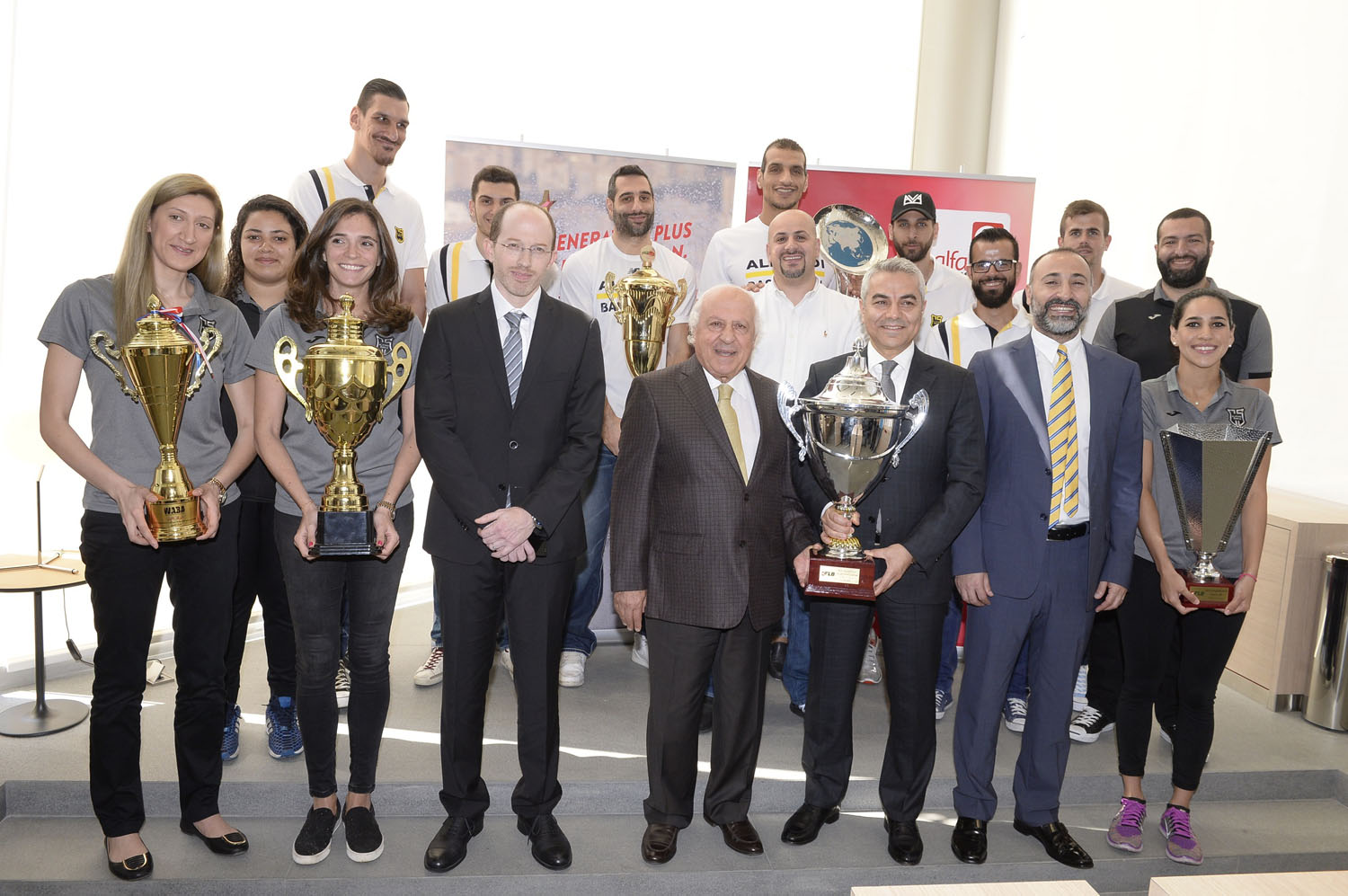 Alfa CEO and Chairman Marwan Hayek received at Alfa’s Parallel Towers headquarters a delegation from Al Riyadi Club headed by its President Hisham Jaroudi, and comprising Vice President Tamam Jaroudi, Secretary Mazen Tabbara, and the women’s and men’s teams, in the presence of the Alfa administrative body and media representatives. The delegation presented its six cups to Hayek as a tribute to Alfa for supporting and sponsoring the team.

Hayek Hayek welcomed Jaroudi and the Riyadi Club, noting that such a team of champions is complemented with support from champions as Alfa. “Since we wanted our celebration of the Club to be different from previous times, we held the event at the Alfa Flagship Store. Just like Al Riyadi is a model team in Lebanon, this store is our model flagship that is comparable in terms of service to international stores”.

"We are honored to sponsor both the women’s and men’s teams of Al Riyadi Club, and we feel proud of our partnership with the Club which started two years ago and will go on for a long period”.

Hayek praised the career path of Al Riyadi Club President Hisham Jaroudi, and to his wisdom and everything he has offered to the world of basketball and sports. Addressing himself to Jaroudi, he said, “Alfa is your home and your presence is a blessing for sports in Lebanon”.

He then commended the female and male players, and the role played by Coach Ahmed Al-Farran in the win of the Lebanese Men's Championship in his first season as technical director.

Hayek has also mentioned the initiative launched by Marc Constantine, an Alfa employee, who launched the first deaf basketball team in Lebanon, whose registration in the federation is underway with the support of Alfa.

Jaroudi Jaroudi thanked Hayek and Alfa for their support of Al Riyadi club and sports in general, especially the talents that make Lebanon proud locally and internationally.

He stressed that he will continue to support the club, whether or not as the head of the administrative body. He added that the club will be in good hands, as it was time for him to rest after being its president for more than a quarter century (since 1991).

After praising his initiative, Jaroudi confirmed to young Marc Constantine that the Club’s fields are open to him and his basketball team.

Hayek and Jaroudi then held a draw and picked four winners of smartphones and the Alfa Smart Home service (Rebecca Akl and Christina Tannoukhi from the women’s team, Salim Alaeddin and Roy Samaha from the men’s team).