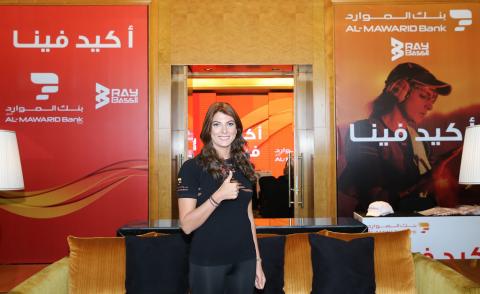 To help her achieve the best results for Lebanon, in line with their “CAN DO” slogan

Al-MAWARID Bank announced on August 11, 2017 that it will provide full support to Lebanon’s Olympic Trap Shooting Champion Ray Bassil, within the framework of a three year program. The aim of this support is to enable Bassil to win a medal for Lebanon at the Tokyo Olympics 2020.

Following a welcoming speech by COO Nahla Bou Diab, former minister Marwan Kheireddine chairman of the bank stated at a press conference held Friday August 11 at the Four Seasons Hotel in Beirut that this support is aimed at helping Bassil “raise the name of Lebanon in the most prominent international sporting events in trap shooting”.

Calling the champion Ray Bassil “a big hope for Lebanon”, Kheireddine added that “this hope can be translated into reality, if the needed support is secured. We decided to help Ray by providing all the necessary conditions that enable her to achieve the best results in international tournaments, including the Tokyo Olympics, and reap a medal for Lebanon for the first time in 37 years". He continued: "Our goal is to make a hero from Lebanon, and Ray has all the ingredients for that”.

“In 1980, Lebanon was able to win a medal at the Moscow Olympics with Lebanese wrestling champion Hassan Bechara, who passed away less than a month ago. We are sure that Lebanon is capable of such great achievements with the right support for the country’s champions”.

“The bank’s support to Ray, and maybe to others in the future, stems from our belief in Lebanese talent, and the capabilities of Lebanese in all fields, including sports.’’

He added: "Lebanese are achieving outstanding performances in every sector across the world; this is due to the right support and the right endorsement.  This is why we are convinced with our CAN DO strategy”.

Al-MAWARID Bank “strongly believes that human capabilities are the most important resource in Lebanon and its most valuable wealth," added Kheireddine. "Our bank is committed today to paving the way for Lebanese excellence, encouraging the youth to raise the name of their country high in the sky".

“Sports are a great way to keep young people away from harmful influences, and foster among them a sporting spirit instead of hostility and conflict," he said. "It is much better for our young generation to compete for a medal than to fight over a parliamentary or ministerial seat, and of course it is better to raise the flag of their country on the podium than to raise the flag of their party," he added.

He called on companies and private sector institutions to support sports and athletes and encourage them to reach the highest positions and achieve their country's victories, as “Lebanon is in great need to lead the media scene through champions’ achievements and not news of wars”.

Ray Bassil thanked AL-MAWARID Bank for its support and “faith in sports and the potential of Lebanese youth," explaining that this sponsorship contract marks the "beginning of serious endeavors towards an Olympic medal for Lebanon at the Tokyo Olympics 2020 to restore the glory of the country and place it back on the sports championship map”.

"An Olympic medal cannot be obtained with individual effort only, but requires the combined efforts of a dedicated team of people who dream, aim and achieve to make the dream come true".

She added: "AL-MAWARID Bank is my main supporter, and together we can help Lebanese sports cross the national borders to shine across the world". She pointed out that “positive outcomes of this cooperation have been clearly demonstrated by the remarkable results achieved this year”. 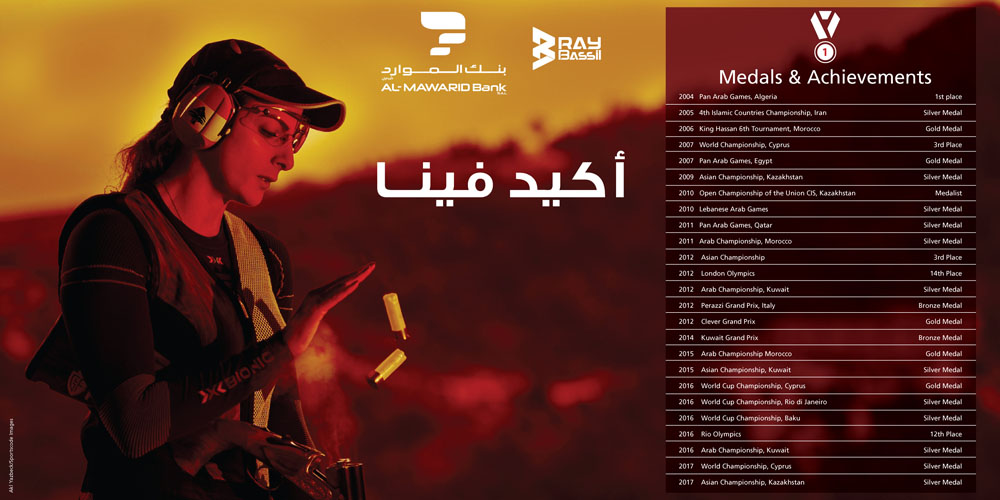