Adorn your balcony with the colors of spring! 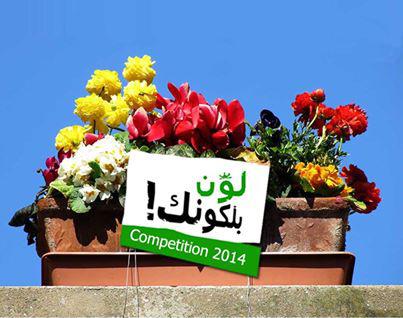 A green initiative by “Lawwena Akhdar”

BEIRUT, Lebanon – 03.06.2014: In a country that was once the green capital of the Middle East, but is now suffering from diminishing green areas, especially in the big cities, a group of environmentalists have decided to take matters into their own hands engaging local communities in a nation-wide green initiative aiming at instilling environmental awareness in the hearts and minds of the Lebanese. The result: “Lawwen Balconak” (Color your Balcony), an initiative by non-governmental organization “Lawwena Akhdar”.

For the second consecutive year, “Lawwena Akhdar” are inviting Lebanese people across the country to participate in the “Lawwen Balconak” Facebook competition for the chance of winning prizes worth USD 1,000. The rules are simple; contestants are asked to plant and landscape their balconies, take photos of their mini-gardens then send them to the project curators who will deliberate and post the best photos on the “Lawwen Balconak” Facebook page. The 3 photos with the highest number of votes will win. 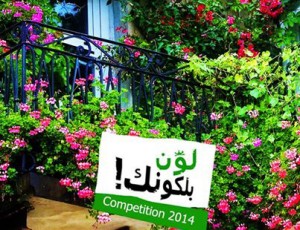 “We all agree that concrete has taken over vast amounts of green areas in many parts of Lebanon and with no green strategy by the government, it is our role to advocate for green spaces and educate the public on their right to have access to those, even in the middle of the cities”, said Nadim Saab, Co-Founder of “Lawwena Akhdar”. “What we have been focusing on, since we launched “Lawwen Balconak” in 2013, is the communities’ role in maintaining greenery in their cities in the most basic ways, such as decorating their balconies and main entrances with flowers and other kinds of greenery”, he continued.

“Lawwen Balconak” Facebook competition is taking place between May 20 and July 31. Throughout the entire period, “Lawwena Akhdar” curators will be publishing at least 3 posts per day of beautifully adorned balconies aiming at inspiring people and encouraging them to decorate their own balconies and participate in the competition.

Send your photos to: lawwenaakhdar@gmail.com

“Lawwena Akhdar” is a non-partisan youth movement that was launched with the aim of improving the image of the city of Choueifat by urging officials to enforce laws and educating the local communities on their responsibilities. The movement’s first project was the uplift of the old Sidon road that had become crowded with unlicensed banners and kiosks and was turned into a polluted passage way for heavy trucks and a playground for outlaws. This pilot project was subsequently executed all over Choueifat. Due to the success of the projects carried out in Choueifat, “Lawwena Akhdar” decided to extend their efforts to other areas across Lebanon. The movement is made of independent activists who have lead, in collaboration with Muntada Insan, the forestation project of Sidon old road between Kfarshima entrance and Khaldeh in April 2012. And they didn’t stop there especially that citizens of this area are in dire need of more than just a forestation campaign to improve their conditions; this is why the movement’s campaigns rippled throughout the country with a series of forestation projects, in addition to other activities such as the “Lawwen Balconak” Facebook competition.