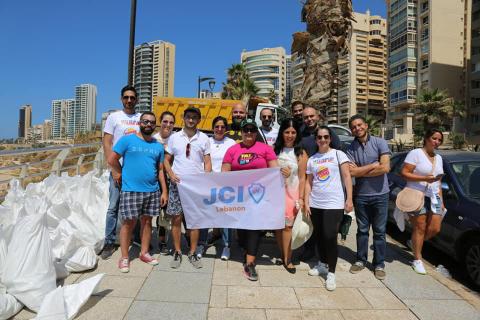 September 15, 2018 was World Cleanup Day. More than 3500 volunteers came together in Lebanon to clean more than 30 locations in the country in the span of 5 hours. Junior Chamber International (JCI) Lebanon organized the event officially in Lebanon in partnership with Live Love Beirut, Aleb Keserwen, Burger King and dozens of local organizations and in coordination with the United Nations Information Centre in Lebanon.

Mohammad Hijazi, JCI Lebanon President, stressed that the citizens have a responsibility to reduce, reuse and recycle their garbage because, in the end, they are the producers of this trash. “We should show the government that we as citizens want better alternatives for garbage disposal and that it is not hard to sort and recycle our trash. We should come together as a community to spread awareness about recycling and hopefully the government will be inspired to follow suit. We can be the change we want in our country; change begins with you and me,” he said.

“Trash from all our clean-ups are going to be recycled. They are not going to landfills or to be burned as is the norm in Lebanon. We strived to have zero-waste cleanups today: our trash bags, gloves and even water bottles that were used today were either reusable or recyclable,” said Aline Chirinian, Country Leader for World Clean Up Day in Lebanon.

World Cleanup Day took place for the first time on this day on a massive global scale in 144 countries with the participation of 12 million volunteers. The idea started in 2008 by JCI Estonia where they were able to clean their whole country in one day with the help of 5% of their population. Since then, “Let’s Do It” was born and in 2016, JCI signed a partnership with them to host the biggest cleanup event in the world on September 15, 2018. 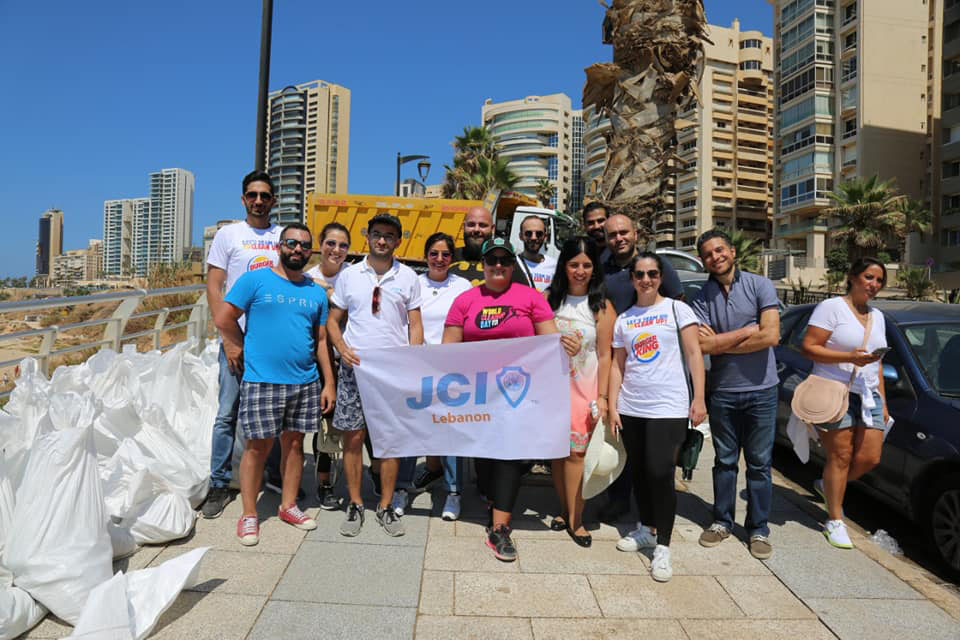 JCI is a 103-years-old international volunteer organization that empowers young citizens (from 18-40 years old) to create positive change in their communities. It is present in more than 125 countries in the world and is a strategic partner for World Cleanup Day. In Lebanon, JCI Lebanon is the authorized official organizer of World Cleanup Day 2018.