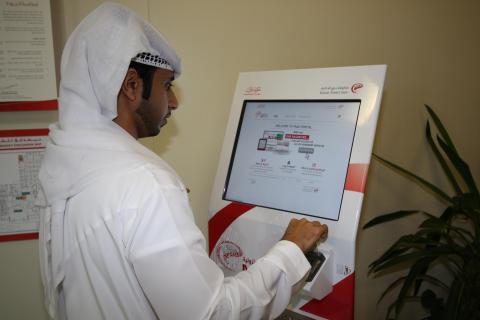 UAE, March 29, 2014 - As many as 11,200 users have so far registered in the MyID service for single sign-on to Dubai government services in collaboration with the Emirates ID card issued by the Emirates Identity Authority (EIDA), according to the latest statistics unveiled by Dubai Smart Government (DSG). Users can easily access more than 250 services provided by five government entities currently participating in the service, these being Dubai Department of Economic Development (DED), Dubai Electricity and Water Authority (DEWA), Roads and Transport Authority (RTA), Dubai Public Prosecution and DSG.

More users from the business sector and the public are daily registering in MyID service after the customers themselves experienced the real benefits of the service in terms of saving their time and effort and enabling them to have easy and fast access to all government services and communicate with them via smart phones or the internet through a single sign-on (username and password) related to MyID.

H.E. Ahmad Bin Humaidan, Director General, Dubai Smart Government, said: “MyID service comes in the framework of implementing the initiative of H.H. Sheikh Mohammed Bin Rashid Al Maktoum, Vice President and Prime Minister of the UAE and Ruler of Dubai, to shift to smart city and government. Due to the overwhelming response from the public over the past period and the many calls that we received to inquire about the service and the best way to benefit from it, and based on our keenness on providing a 5-star service, we responded to their requests with another group of government entities of concern to customers joining the service soon including Dubai Land Department, Dubai Courts, Dubai Customs, Dubai Health Authority (DHA), Dubai Police and Mohammed Bin Rashid Housing Establishment. 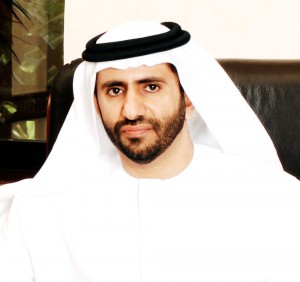 Bin Humidan added:  “To allow the public the opportunity for easy and seamless registration, we are planning to provide these devices at various government departments and shopping malls including Etihad Mall in Muhaisnah and Aswaaq centres in Al Warqaa and Umm Suqueim. These entities are fully cooperating with us for supporting Dubai’s eTransformation, bolstering public-private partnerships in a move to promote the use of government services offered to the public.” He pointed out that the single sign-on access to Dubai government services adheres to robust security measures based on standard technologies which comply with the standards of Dubai Government’s Government Service Bus, thereby giving customers an enhanced feeling of confidence and security.

The first phase of MyID service is being implemented across 20 Dubai government entities and will be later publicized in semi-government entities. This will boost smooth transformation into a Smart Government and Smart City to ease the lives of customers and make them happy by offering them a unified access to all Dubai government services through a single secured platform that allows those who have a Card Reader to complete the registration process from their home or office without the need to visit the kiosk for registration.

DSG also announced the addition of new features to the MyID service, offering more convenient and timesaving facilities such as re-setting the Emirates ID’s PIN through the service’s touch screen, thereby sparing customers the trouble of visiting EIDA offices to complete the process; providing the MyID website with a user guide and additional data and improving the performance of the service and the look and feel of the website. 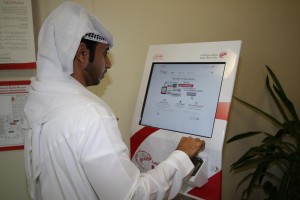 The link (https://www.myid.dubai.gov.ae) allows all customers of Dubai government entities to register in MyID and leverage various features from the unified login to all Dubai Government’s services in a seamless and easy manner. DSG also offers round-the-clock support to all beneficiaries through its unified contact centre – AskDubai on 7000 40000 or via help@dsg.gov.ae.